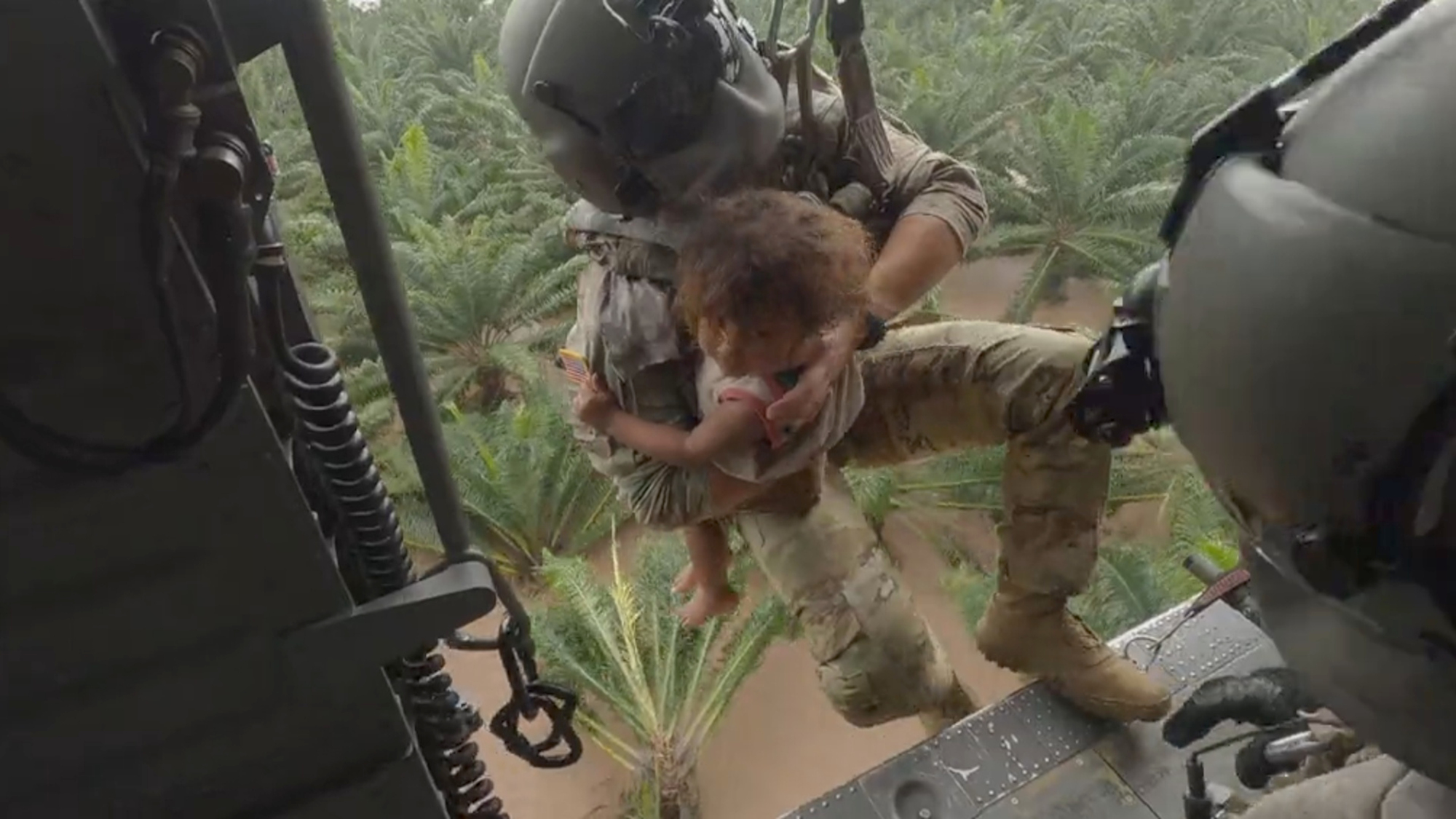 The UH-60 Black Hawk crew assigned to the 1-228th Aviation Regiment of Joint Task Force-Bravo was filmed saving the child during floods near the city of San Pedro Sula on Nov. 6. The footage shows the medical evacuation team lifting the girl back to safety.

Army personnel saved several other victims of Eta over the weekend, including 40 people in Honduras and 12 in Panama.

A team of 27 service members used two Boeing CH-47 Chinook choppers and a pair of UH-60 Black Hawks to conduct rescues and provide immediate life-saving support to people in Honduras. Another 20 soldiers with two CH-47 Chinook helicopters and a UH-60 Black Hawk were sent to Panama to help those stranded by the storm.

JTF-B teams are involved in other disaster operations in the region as well as in the Caribbean Sea and South America.

“As partners and neighbors to Honduras and Panama, we are assisting our friends in their time of need,” Col. John D. Litchfield, JTF-B commander, said in a press release. “Our hearts go out to everyone who has lost loved ones, homes and livelihoods in this disaster. We are determined to save as many lives as we can.”

Despite weakening slightly more on Monday, Eta is still forecasted to strengthen back into a hurricane. The storm’s death toll in Central America has climbed over 130 and is expected to continue to rise as authorities investigate the full scope of its devastation.