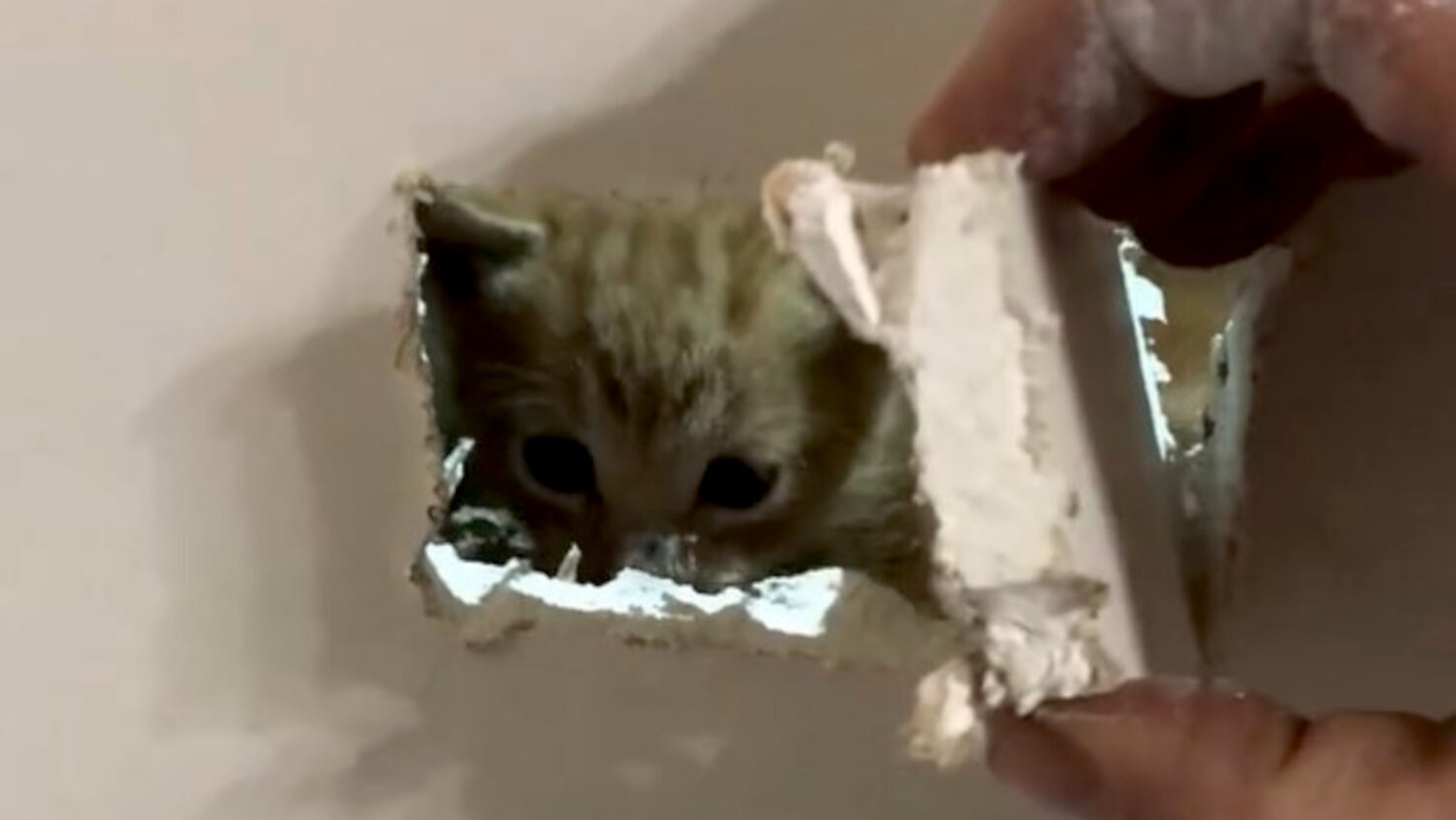 BANKSTOWN, Australia—When firefighters in Australia received word about a kitten trapped inside a wall, they had a “purr-fect” plan to rescue the feline.

The incident was filmed in the Bankstown suburb of Sydney in New South Wales over the weekend after an unnamed resident called Fire and Rescue NSW saying she heard her kitten meowing but was unable to locate the animal.

“Let’s see what’s behind door number one,” a firefighter can be heard saying in the footage, which the department shared on Facebook on Nov. 9, as he removes a small section of plasterboard he had cut through.

The small face of a ginger kitten trapped in the cavity behind the wall then pops out of the hole, and firefighters lift the cat through to safety. It’s not known how the cat got into the wall in the first place.

“After using a thermal-imaging camera, firefighters devised a purr-fect plan to rescue the trapped kitten by cutting through the gyprock (plasterboard) to make a small hole,” the agency said. “Everyone is now the best of fur-ends with the happy ending to this tail.”

In addition to a proclivity for puns, Fire and Rescue NSW is the largest rescue service in the state, conducting hundreds of animal rescues a year. The Royal Society for the Prevention of Cruelty to Animals Australia depends heavily on the organization to save pets and other animals trapped in chimneys, stormwater drains, swamps, trees and walls.

The team has a variety of specialized equipment at its disposal to carry out the animal rescues, including wall cutters, aerial platforms, extra-long extension ladders, horse-lifting slings, reptile-handling kits and thermal-imaging cameras.