There Auto-be-a-Law: Rare Maserati Left to Rot in Brazilian Lot 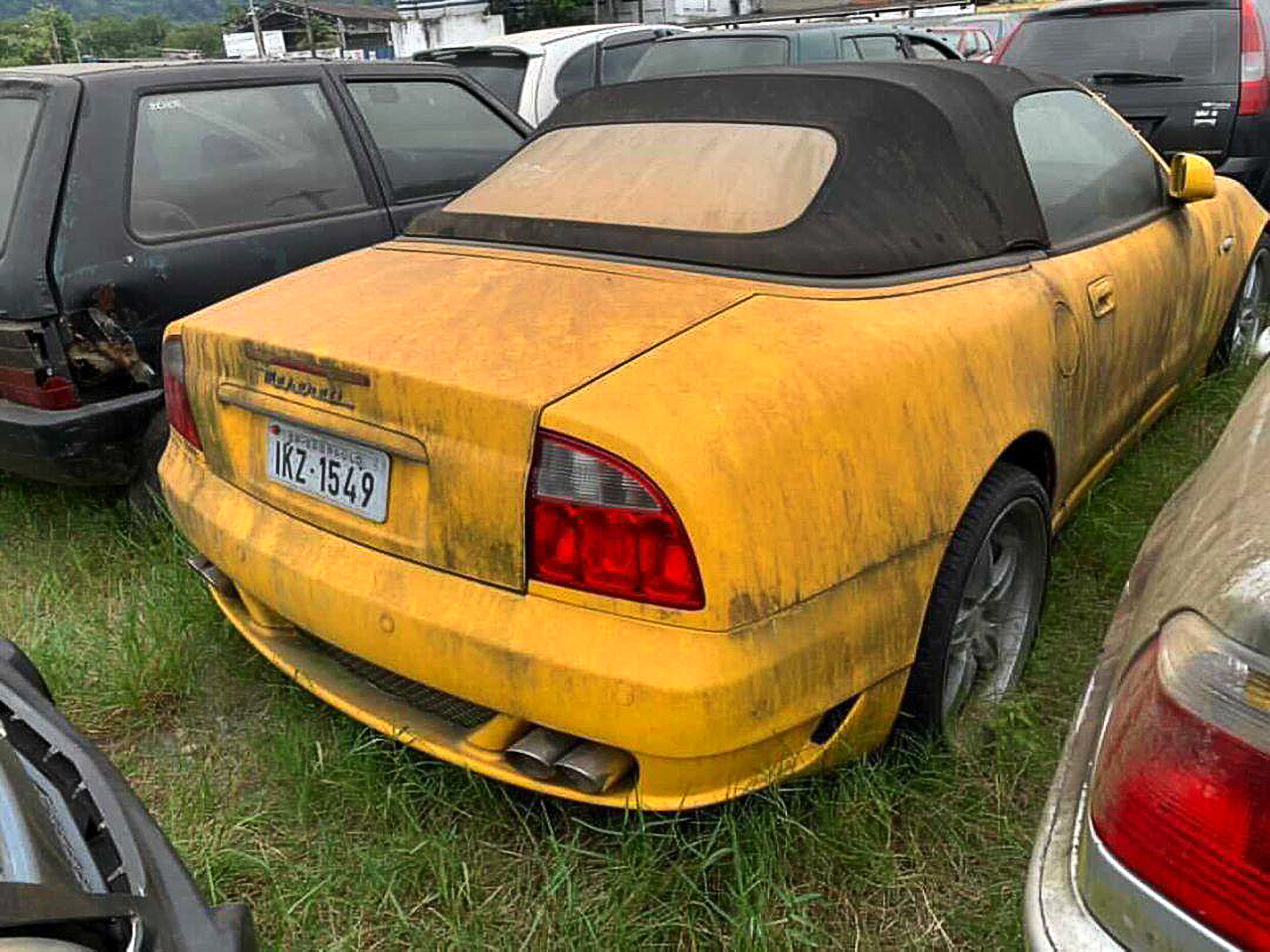 A Maserati seized by police years ago is quietly fading into obscurity while parked in a Sao Paulo lot. (Josue Reinert/Newsflash)

Car lovers, despair: A rare Maserati convertible has been left to rot for four years in an outdoor parking lot in Guaruja, Brazil, despite being one of only 21 such vehicles in the country.

The Spyder was the first car to debut under Maserati’s new Ferrari ownership, and featured a naturally aspirated V8 engine. (Such engines’ air intake depends solely on atmospheric pressure, not forced induction through a turbocharger, as is typical for most high-performance cars.)

Production was limited to 3,889 Spyders.

Photographs of the dirty and deteriorated two-seater were posted to Instagram last month by the motoring enthusiast website Exclusivos no Brasil.

The Maserati was confiscated by the police in a search-and-seizure operation on April 8, 2016.

According to the Sao Paulo State Transport Department, the vehicle’s owner owes approximately $19,303 in unpaid parking fees, fines and road tax. That’s roughly equal to the car’s current value, estimated in its present condition at $19,312.

The identity of the car’s owner has not been revealed, nor has the reason for the police operation involving the vehicle. The luxury vehicle was seized from an unoccupied apartment, along with a 2010 Honda CBR1000RR motorbike valued at about $6,500.

The car’s fate will be determined by the outcome of an ongoing court case. Local media speculated the Spyder may be auctioned. Auto enthusiasts are likely to be interested.

The Spyder was developed in partnership with retired Formula 1 driver Michael Schumacher. It can go from zero to 60 mph in about five seconds.