The climate and the quality of soil make the northeastern states ideal for organic farming. 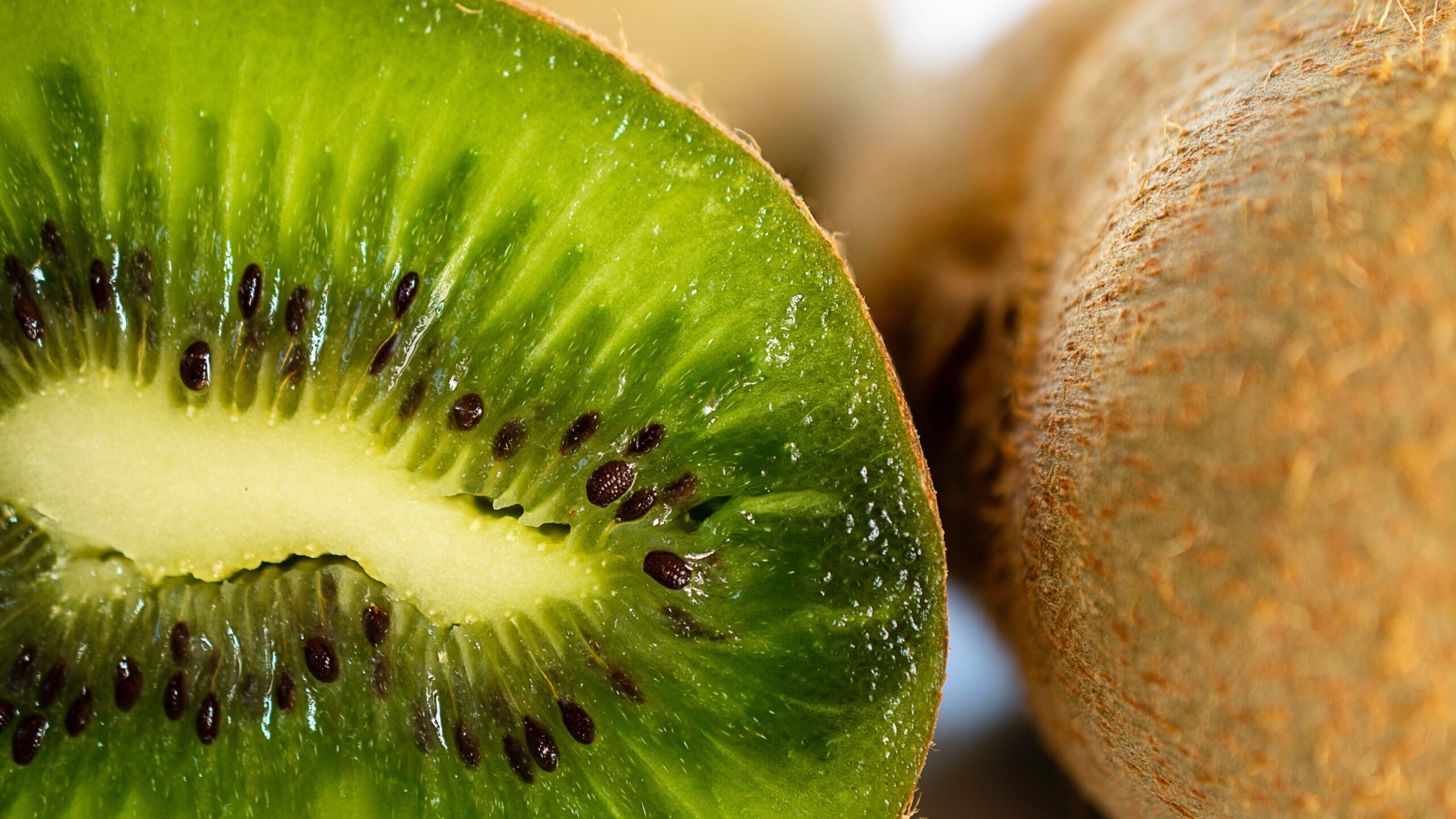 The lush and picturesque Ziro Valley in Arunachal Pradesh, a state in India, rolls out a landscape dotted in different shades of green — from emerald pine trees to jade-hued bamboos. Among these, are trees that bear an indigenous variety of the kiwi fruit, which have grown in the wild for many years. These organic kiwi fruits are juicy, sweet, and just as delicious as the ones imported from New Zealand, but farmers in the area started realizing their commercial potential just under a decade ago.

Arunachal Pradesh has also produced India’s first kiwi wine from organic kiwis called Naara-Aaba. The woman behind this initiative is Tage Rita Takhe, an engineer-turned-entrepreneur from the area. This delicious golden tangy brew is priced at around $18 a bottle, and Takhe is hopeful that sales will soon permeate across the country and, eventually, globally.

“Northeastern India has different soil structures – from igneous in Meghalaya to the alluvial plains in Assam to snow-clad mountains in the higher reaches,” said Manoj Das, Managing Director of NERAMAC (North Eastern Regional Agricultural Marketing Corporation Ltd). “There is also a lot of water and abundant sunshine, so it is great for growing a variety of organic agricultural produce.”

Das believes that while the country today has enough food security in terms of affordable and accessible produce, it doesn’t necessarily translate into health security, due to the quality of the food. “Hence the need for food that is organic-certified, grown with organic compost, manure, and chemical-free pesticides like neem (a medicinal plant).”

The major crop is paddy, due to the availability of excess water. Other crops include maize, different kinds of rice, kidney beans, buckwheat and millets.

The region is also well known for spices and a variety of chilies. Then, there are fruits like a special variety of lemon that is juicy, full of aroma, and six or seven times the size of regular ones! The Manipur Kachai lemon and the Naga sweet cucumber are also specialties that are not found elsewhere.

India is the second-largest producer of green bamboo after China, and of this, 60 percent comes from North Eastern India. It is used not just as food, but also in crafts and utility items. Tea, hill grass and rare medicinal herbs cultivated here, make this area unique and very different from the rest of the country.

“We were never part of the green revolution that took place in the early 60s, in Punjab and Haryana, so our use of chemical fertilizers is minimal,” says Okit Palling, CEO of the Arunachal Pradesh Agriculture Marketing Board. “Farming was done only to sustain ourselves, not for commercial purposes. So chemical-free cultivation is part of our tradition. However, we need to be certified to declare it as organic in the market. With this in mind, in 2017, we launched Arunachal Pradesh’s State Organic Mission.”

The state has the largest land area of all the northeastern states, and is ripe with opportunities for agricultural growth.

“Organic farming is difficult in states where chemicals have already permeated the soil,” said Das.“In Assam, pesticides and fungicides are used in the tea gardens. However, there is an organic tea movement among small tea growers, who own less than 10 hectares of land.”

The Ministry of Agriculture and Farmer Welfare has launched a central sector scheme called Mission Organic Value Chain Development for North Eastern Region (MOVCDNER) to make the northeast a hub for organic farming. This scheme helps in the development of ‘certified’ organic agricultural produce, in a streamlined manner.

Right from planting seeds, developing infrastructure and transportation to the ancillary services like marketing and branding, all components are covered in this scheme. However, there are certain challenges that individual farmers and the state governments face.

“I ensure high-quality produce by preparing my own manure and handling pest and disease control. I also tend to soil fertility and ensure that only high-quality indigenous seeds are used,” says Ramesh Sharma, a farmer from Yangtam in East Sikkim, with an organic farm spread over 10,476 square yards (0.88 ha).

He does admit that like all small farmers, he has his challenges. “These include ensuring trained labor on agricultural practices, competition on marketing my organic products, compromising on the rate of the produce sometimes and also natural hazards. Technical knowledge will help ensure better production with lower costs and inputs. I am very happy with my farm and the freedom I have over organic farming practices, but if the government or any NGOs help me, I can definitely scale up.”

While it is definitely possible for smaller farms like Sharma’s to streamline processes and enhance their productivity, the northeast is diverse in terms of terrain and climatic conditions. Agriculture has been going on in phases, with different farmers adopting different ways of cultivation – a mix of organic and conventional.

“Attempting a blanket organic state does pose a few challenges. Arunachal Pradesh has multiple agro-climatic conditions, such as sub-temperate climate, temperate, tropical and so on,” says Palling, “So in the areas near Assam, we grow tea, which uses chemicals. Then we have crops like apple grown in the western part, in districts like Tawang. Cultivating apple without using chemicals, is again a big challenge, although we are in talks with organic think tanks do away with chemicals.”

Due to the varied terrain, it is difficult to create infrastructure for organic farmers exclusively, and there are few or no processing units for value addition. Also the present market rates for the supply of agricultural produce keep fluctuating. Thirdly, the state takes the farmer through the entire process until their produce is organically certified, but after that, farmers have to stand on their own feet.

Challenges aside, from 2017, Arunachal Pradesh has been working tirelessly towards creating an organic state. In the first year, it targeted the conversion of 59,795,000 sq yards (ca. 50 km²) of land, under third party certification (where an independent organization has reviewed it for compliance and quality). The PGS (Participatory Guarantee System) Certification was already set up in 2005 by the Food and Agricultural Organisation (FAO), International Federation of Organic Agriculture Movements (IFOAM) and Ministry of Agriculture in India, committed to the promotion and certification of organic produce for domestic consumption. However, since this isn’t recognized outside India, they opted for third party certification.

By June 2020, the entire area was successfully certified. This is the first business year that the farmers and states will see the benefits of going organic.

“Organic foods have three levels of certification — C1 or Conversion 1 after a year, C2 after two years, and C3 wherein it is considered fully organic after three years. Now the state grows large cardamom, turmeric and kiwi — in fact, we are the first state to certify fully organic kiwi fruit,” says Palling.

“The government has also set up a kiwi processing plant, with the help of MOVEC. All the areas for organic kiwi cultivation are now 100 percent certified. Organic kiwi is almost 25 percent costlier than conventional kiwi, and production volumes are not affected drastically by organic farming practices.”

“There has been reverse brain drain in recent years and even the last few months, where the younger generation has realized the value of agricultural land across northeastern India,” says Das.“They are now experimenting with growing new organic produce like cacao beans, exotic broccoli and even vanilla beans.”