Marmoset Living on Cornflakes And Beer Rescued From Owners

Gucci was living in a small bird cage before he was freed. 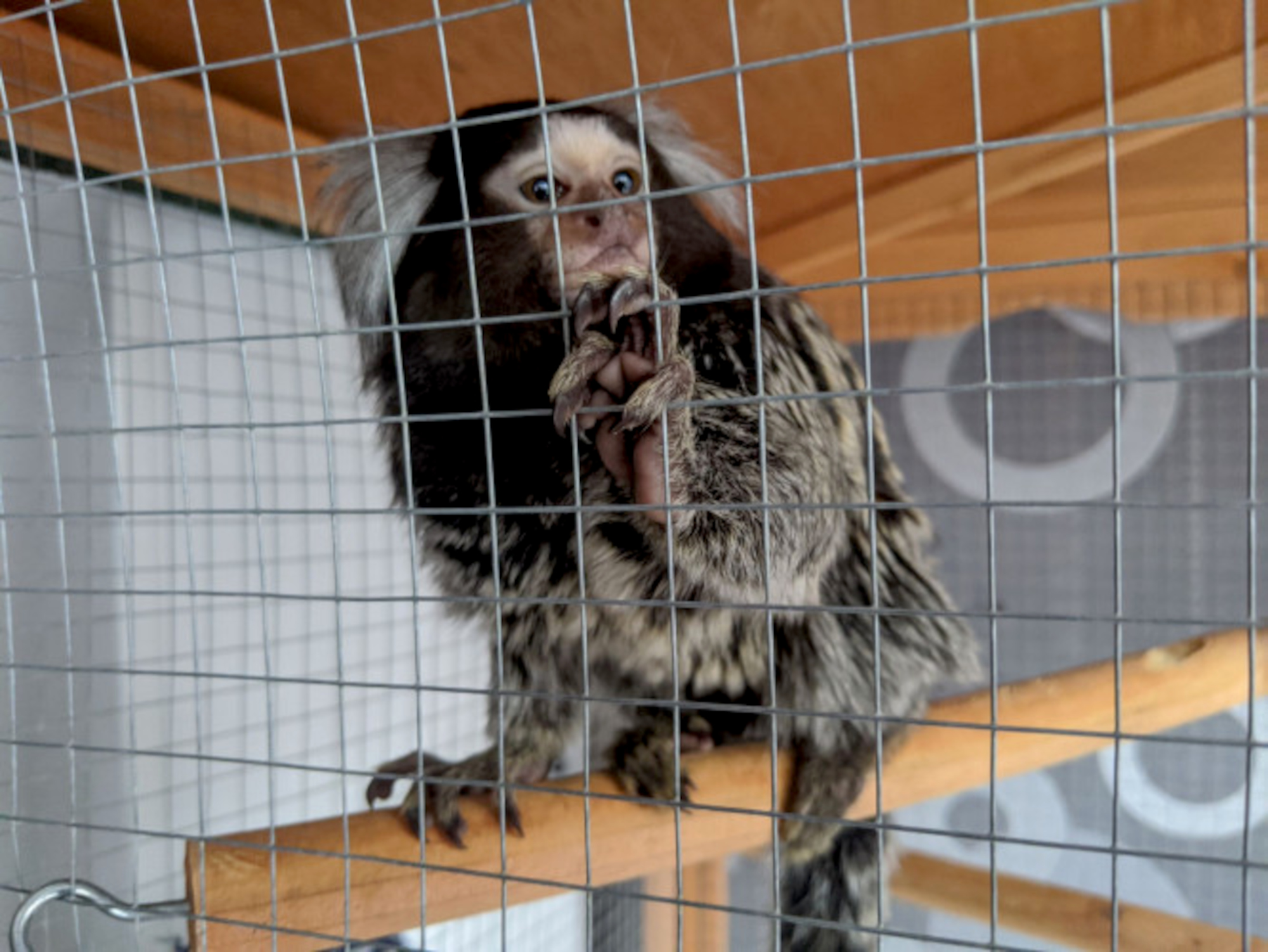 COLOGNE, Germany— — A tiny monkey whose owners fed it a diet of cornflakes and beer is now recovering in an animal shelter.

Germany’s chapter of the People for the Ethical Treatment of Animals announced in October that team members rescued Gucci the marmoset from owners in Cologne, who had purchased him for their son for around $1,400.

The animal rights organization learned of Gucci’s predicament after coming across an ad the family posted offering to resell him for about $940 after their child lost interest in him. Photos in the ad showed the monkey, which requires social interaction, kept in a small bird cage.

PETA Germany team members grew concerned about Gucci and visited the owners undercover with a detective to confirm he was living in poor conditions. In addition to being confined to the bird cage, Gucci was also being fed cornflakes, beer, pasta, cheese and nuts.

When the PETA employees revealed their identities and offered to take the marmoset to an animal shelter, the family refused and insisted on reselling him. The organization then contacted local authorities, who confiscated the monkey and took him to a sanctuary in Bergheim.

Veterinarians said Gucci suffered from intestinal parasites and anxiety. A few weeks later, he is improving and socializing with the center’s other monkeys.

Marmosets include more than 20 New World monkey species that are native to the rainforests of South America. They live in small groups made up of four to 15 monkeys and forage for food across a territory of 1.2-1.6 acres. Their natural diet consists of insects, fruit, tree sap and other small animals.

The sale or trade of monkeys and other exotic animals, such as snakes and tigers, is a growing concern for animal rights groups in Europe.

“Gucci’s story is not a unique case. The trade of exotic animals is sadly very widespread,” PETA spokesperson Jana Hoger told Zenger News. “Susceptible creatures of all kinds are sold to anyone via internet portals.”