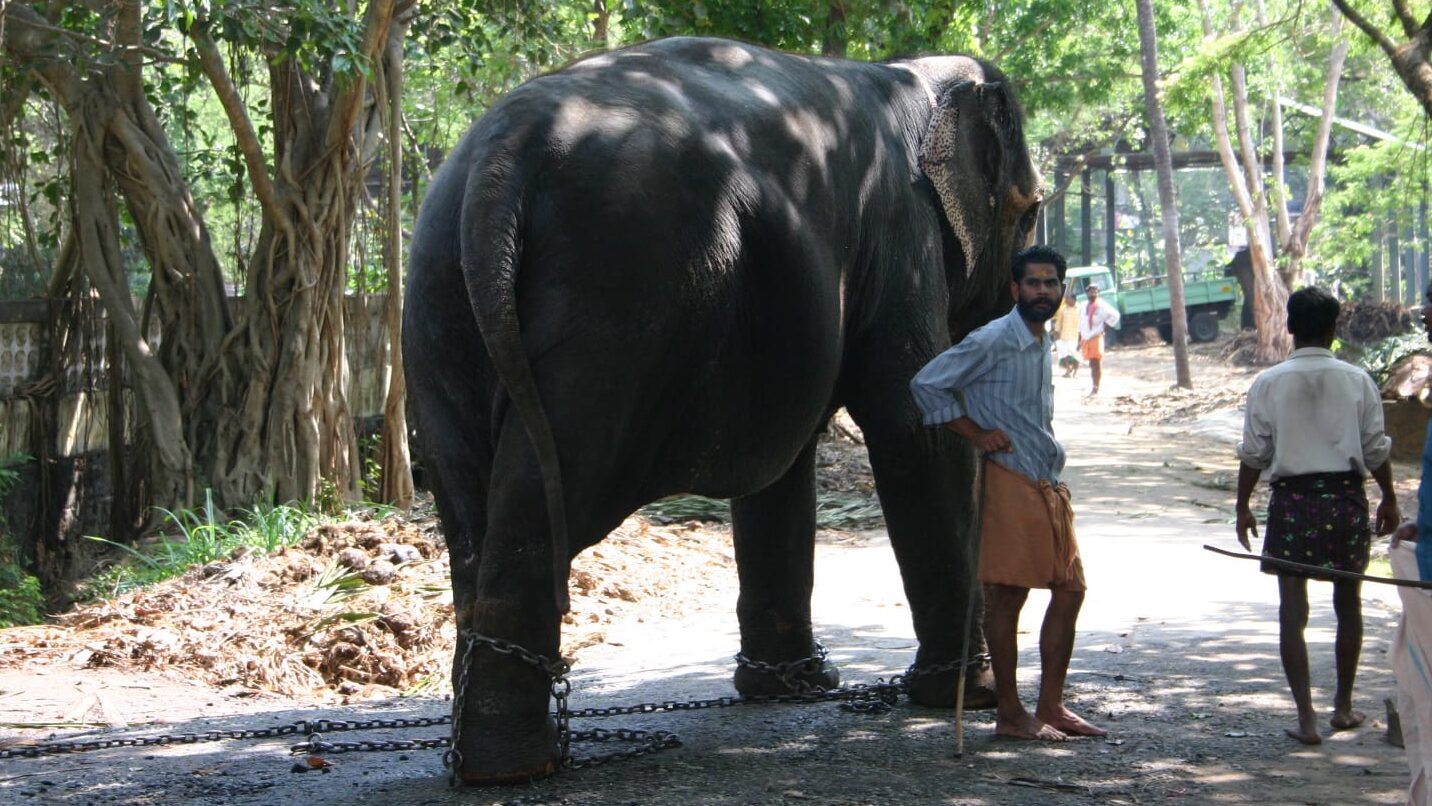 An elephant with his mahout in Kerala. Photo: Swami Iyer

Kerala, also called “God’s Own Country,” for its tourist attractions like the backwaters (a network of interlinked waterways), and its stunning beaches, is soon going to have the world’s largest cure and care facility for elephants. This center will come up in Kottoor near the state capital Thiruvananthapuram.

The Kerala government will be spending Rs 108 crore ($14 million) to upgrade the existing facility. From the 16 elephants that are currently part of the rehabilitation center, the upgraded version of this facility will be able to accommodate 50 elephants.

This R&R facility will have caves for elephants to rest, apart from a veterinary hospital, and training centers for mahouts among other things. The intention is to provide a natural habitat for the elephants and create awareness about the gentle giants among people.

With close to 500 elephants in the state, this facility would fulfill a long-standing need for such a center, where old and injured elephants can be rehabilitated and treated.

Wildlife experts have welcomed the move.

Avinash Krishnan from Arocha, a Bengaluru-based wildlife conservation organization, says that captive elephants with private owners would be the ones to benefit the most because of this initiative.

“Most of the captive elephants in Kerala are owned by private owners. These animals are often treated badly and kept in shackles,” says Krishnan. “They do not have enough room and are kept in poor conditions.”

“While other southern states like Tamil Nadu and Karnataka have such facilities, Kerala has had none. We must understand that private owners would not be able to provide the same care even if they want. In Kerala most of the elephants are males and cannot be kept together. In such situations, this facility will help.”

At present, 316 elephants in the state are privately owned, say government estimates. Government temple boards own 80, the forest department has 38 of them, private temples have 42, and nine are owned by circuses.

Elephants have always been an integral part of the ecosystem in Kerala and are part of almost every temple festival in the state. There are around 3000 registered festivals in the state where elephants are used.

Festival authorities take elephants on rent either directly from owners of elephants, temples where elephants are kept captive, or through middlemen.

Despite the fact that elephants are so important for Keralites, their number has come down over the years. From over 600 in 2009, now there are about 500 elephants. This decrease can be seen after 2012. Until 2012, when an elephant census was conducted, 600-odd elephants were present in the state, according to data available with the forest department of the Kerala government.

“Kerala has a lot of elephants but it lacks the infrastructure to take care of them,” said Sunder Menon, a recipient of one of India’s biggest civilian awards — the Padmashri. Menon has owned elephants in the past and also engages in their conservation.

“If they fall ill where do we take them? Two of my elephants passed away due to lack of treatment. We lack the equipment to treat elephants in the state. I am hopeful that this facility will be fully equipped to take on such eventualities.”

Menon’s elephants have been part of the procession at the Thrissur Pooram festival. This festival is celebrated in Kerala’s Thrissur district, usually in April.

Kerala’s captive elephants alone account for 20 percent of all of India’s captive animals, said the Asian Nature Conservation Foundation, a non-government organization engaged in the conservation of elephants, in its analysis of Kerala’s elephants.

Many of these captive elephants, used for temple festivals and circuses, come from other parts of India, like Bihar. Once they reach Kerala, private owners, government bodies or temple associations keep and train them.

The Kerala government has in place several rules for transportation of elephants to ensure elephants are safely transported and for the right reasons.

Elephant conservationists in Kerala look at the Kottoor project as an opportunity to create awareness about elephants, and feel that their own projects will also benefit because of the Kerala government’s initiative to set up this rehabilitation center.

Remesh TR, CEO of the Elephant Welfare Trust of India, said that his trust plans to set up another similar facility in Kerala. However, the location has not been finalized yet. The trust plans to spend about Rs 260 crore which is close to $35 Mn to set up their center.

“The focus in Kerala is always on wild elephants,” said Remesh. Nobody wants to think about captive elephants or undertake any research on these elephants. With the government’s initiative we might also get experts on board to support us. Now people will take the welfare of captive elephants seriously.”

“We plan to have a museum at our center as it is important to educate people about elephants. It is not enough to have a rehabilitation center.”