Hiker Rescued From Icy 1,000-Foot Crevice in the Alps

Man helicoptered to safety after being plucked from mountain range. 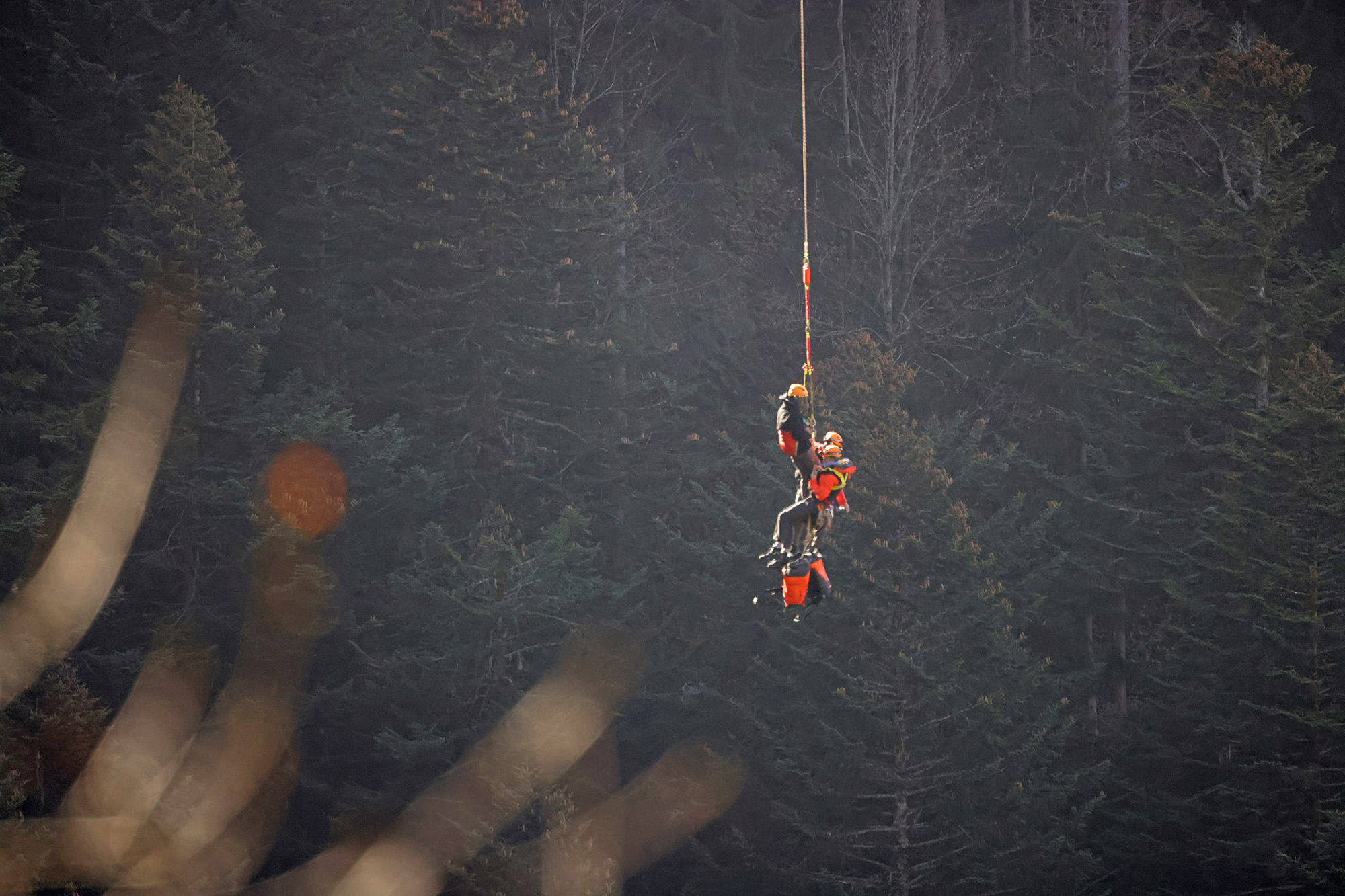 Berchtesgaden mountain rescue service and the crew of the Traunstein rescue team, go through 3 hour rescue operation of 21-year-old man who is almost uninjured from the large slope on the Hohen Goll. (Leitner, BRK BGL/Newsflash)

BERCHTESGADEN ALPS, Bavaria — Rescuers in the Bavarian Alps descended into a 1,000-foot gorge and used a helicopter to save a man trapped in a frozen crevice.

The man got lost while hiking in the Berchtesgaden Alps in Bavaria on Nov. 8. The area is known for its scenic alpine views. (It’s also where Adolf Hitler had his holiday retreat, the Eagle’s Nest, given to him by the Nazi Party on his 50th birthday. It’s now a restaurant.)

The hiker, whose name was not disclosed, had walked the mountain range with a companion who had earlier turned back and returned safely.

The man decided to take a different route back, but when the heavy snow started to fall, he stopped walking and took refuge in a makeshift shelter, spending the night in freezing temperatures.

The next day he got lost looking for the way back and ended up in the deep crevice, where he kept shouting for help. Nearby hikers eventually heard him and called the emergency services.

The hiker escaped with just some cuts and bruises.

Other climbers in the same area have not been as fortunate. An Israeli hiker died in a climbing accident in the Eagle’s Nest region in August 2019, while two climbers were fatally injured in July 2018 in the Berchtesgaden Alps.