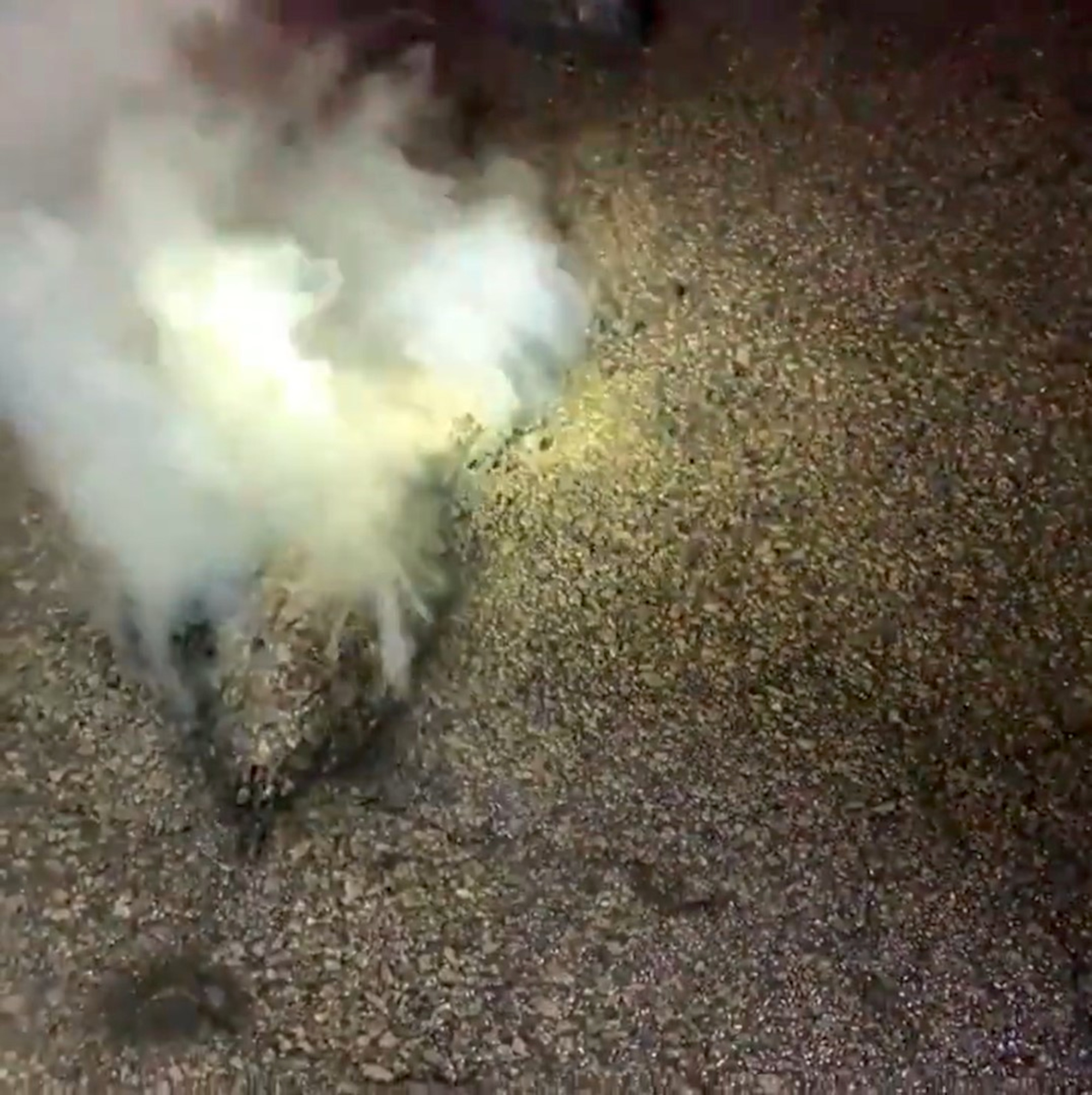 Footage of the Nov. 8 incident has since been posted on the Lakeville Fire Dept.’s Twitter page.

The first video shows the pavement melting at a high temperature after the power line accident. Another shows the intense fire it caused on the road.

The incident reportedly resulted in power outages in the city while it was being fixed.

It’s unclear why the wires fell from a utility pole, according to Lakeville Fire Chief Michael O’Brien.

Firefighters could do little to battle the fire until the power was cut, since water is a strong conductor of electricity. Instead, authorities worked to keep people away from the burning scene.

Downed power lines can be dangerous. Still-energized lines can charge the ground near point of contact, which can electrocute anyone nearby. Authorities suggest calling 911 and staying at least 35 feet away.

If a power line falls on a moving vehicle, the driver should stay inside until the line is confirmed as de-energized.