A border dispute between India and China has not affected the sales of China-made Diwali lights in India. 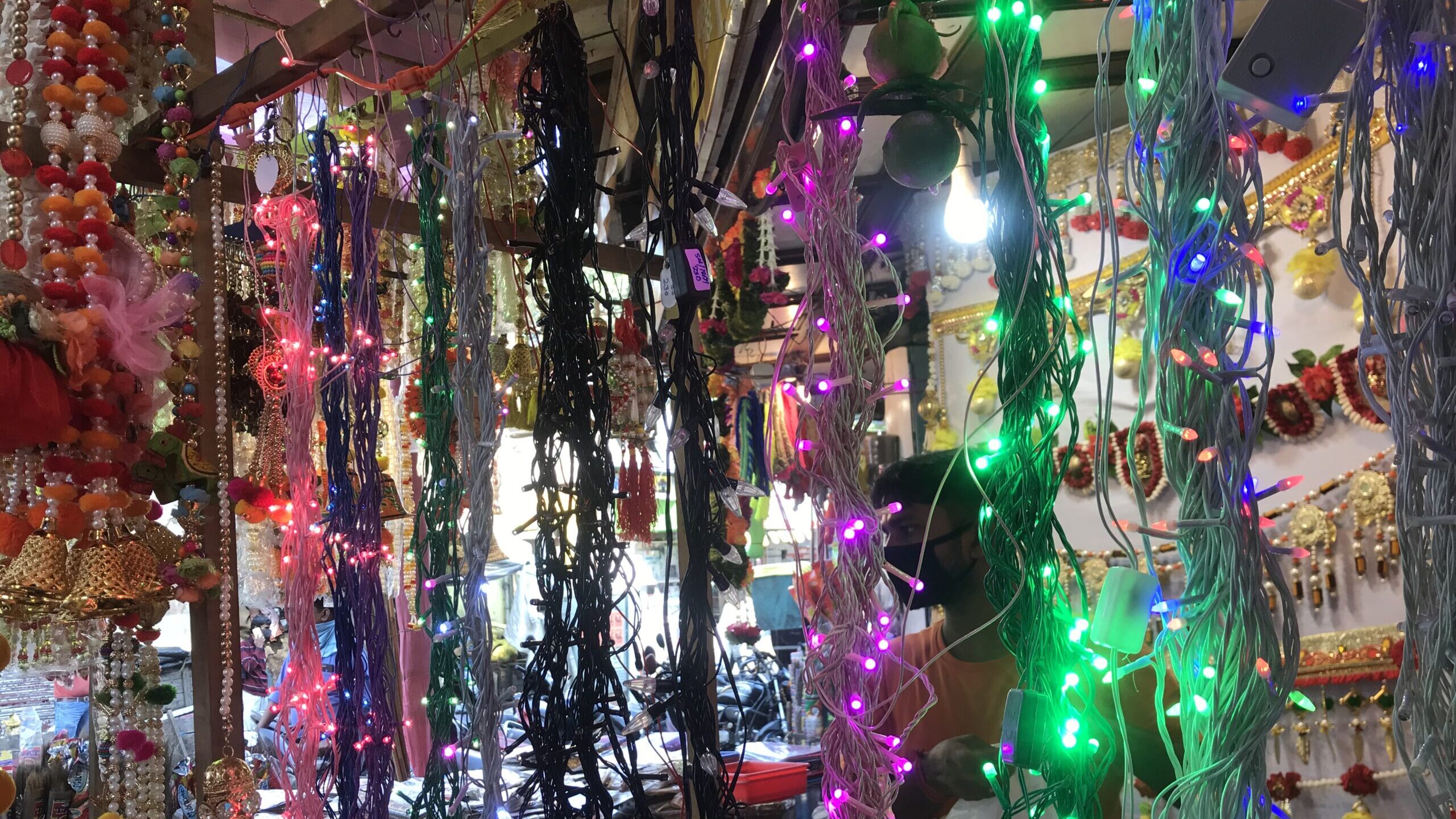 Indians will celebrate Diwali, also known as the “festival of lights,” this week. The lights that will brighten up the festivities will be made in China—a country India is trying to alienate economically because of a border dispute.

In June this year, Chinese troops killed 20 Indian soldiers in a stand-off at Galwan Valley in Ladakh. India accused China of crossing the Line of Actual Control (LAC) in the region.

Subsequently, with a view to economically pressurize China, India banned close to 224 Chinese apps, including popular ones like TikTok. While the government ordered local procurement for public purchases, various trade bodies called for the boycott of Chinese raw materials.

However, all this has not impacted the ubiquitous presence of Chinese goods at Kolkata’s Jadubabu bazaar, which hosts one of the biggest Diwali markets in the city.

The festival is than a week away, but Sudhir Kumar, a seller of decorative lights, in the market, has few customers in his shop.

His sales have nearly halved over the last year, while the prices of his highest selling product — the string lights — have increased by 10-15 percent.

Almost all the components in these lights, from the rice bulbs to the electric coil, are from Chinese suppliers, who have increased prices by 10-15 percent this year. This has added to the slump in the market, already reeling under poor demand due to COVID.

The dependency on China is so high in this market, that without the Chinese, Diwali will not be the same for the Indians, feels Kumar.

“This market will not survive without Chinese products,” says Kumar.

“Whatever you see, there is something from China in it. The lights might have been assembled in India, but every component is from China. Indian products are not only costlier, but also inferior in quality. This year, while the demand for lights has fallen sharply, the price of raw material prices have increased, which has further dampened the sales.”

Sukhwinder Singh, a seller of candles in the same market, is also dejected over poor sales this year. Whatever little is he selling is mostly made in China.

“There is a huge difference between Indian and Chinese candles in terms of quality as well as the price,” said Singh.

A set of 50 Chinese floating candles, which comes in varied fragrances like rose, lavender and lime, cost about Rs 150 (about $2) at his shop.  In contrast, the cost of candles which are made in India, cost about Rs 90 (about $1) for 20 pieces.

While the Diwali market in Kolkata is flooded with Chinese products, anti-China sentiments run deep among Indian consumers and manufacturers label products with “Made in India” tags to make them more appealing.

Even Chinese phone manufacturers like Xiaomi  and Vivo have started branding their products as “Made in India” as they fear a mass boycott.

India’s dependence on China in the manufacturing sector is high, and Indian companies find it difficult to meet the demand locally, despite the government’s insistence on local manufacturing.

The high import dependency is the reason why Diwali would be rather dim without lights from China.

“Close to 70 percent of components used in lighting products in India are imported from China,” said Rajat Mandal, honorary general secretary, The Indian Society of Lighting Engineers, an organization comprising experts in the field of illuminating engineering.

“I don’t think this is going to change anytime soon, unless India has a short, medium and long term strategy to support the Indian lighting industry. The support is needed from consumers, the industry as well as the government.”

The government of India is one of the biggest consumers of the lighting industry and accounts for nearly 35-40 percent of purchases, said Mandal.

The Indian government follows the principle of L1 approach in public procurement, which means the entity which quotes the lowest price, gets rewarded with the tender.

“If we follow the L1 process of bidding, how can we expect Indian lighting companies to compete with Chinese companies? Also, in China, companies get a lot of import incentives in the lighting sector, which is missing in India. At present, the Indian lighting industry roughly employs about 500-600 thousand employees, but the potential of the employment is nearly 2 million,” says Mandal.

In 2015, India had launched twin programs to promote the use of LEDs — Unnat Jyoti by Affordable LEDs for All (UJALA) and LED Street Lighting National Programme (SLNP).

Under the street lighting program, the government had nearly 10 million smart LED streetlights have been installed, while under the affordable LED program nearly 361 million LED bulbs have been distributed across India, the government claims.

Indirectly, one of the biggest beneficiaries of this drive was China, which majorly supplies LED bulb components to India.

This week, the government of India approved a Production-Linked Incentive (PLI) scheme for the manufacturing sector with a total outlay of Rs 145980 crore ($19.5 billion). Of this Rs 6238 crore ($835 million) has been provided for air-conditioner and LED manufacturing.

“While we are yet to study the fine print of the PLI scheme, the government has urged Indian companies to purchase locally, and a lot of companies have been trying to do so,” said Chandrakant Salunkhe, the founder and president of the SME Chamber of India. “Now, close to 60 percent of companies are buying locally.”