Greenpeace angered by lack of government inquiry, worries about safety of people and sea life. 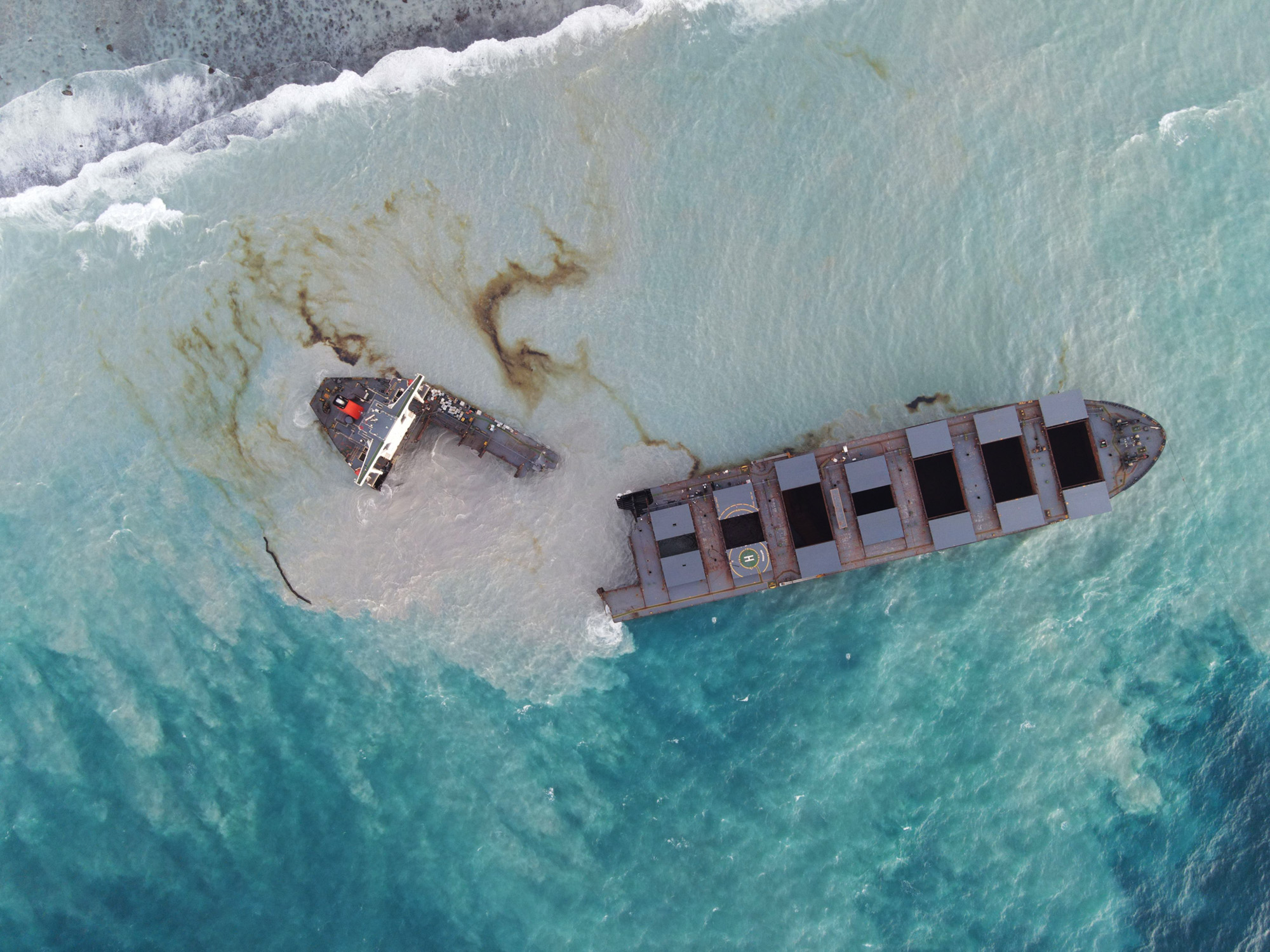 Greenpeace has issued a warning against sinking the MV Wakashio vessel saying the Mauritian government have chosen the "worst" option and that doing so poses a threat to the nearby French island of Reunion. The vessel after it broke in two (Greenpeace/Real Press)

MAHEBOURG LAGOON, Mauritius — Greenpeace has published an open letter in Mauritius’ biggest newspaper slamming the government for its handling of the disastrous MV Wakashio oil spill, a Japanese ship. The disaster happened three months ago, and still poses serious ecological and economic threats to the country.

The ship spilled 1,000 tons of its cargo and 4,000 tons of fuel into the Mahebourg Lagoon.

Greenpeace published a two-page piece in L’Express Nov. 6, listing its charges against the Mauritian government.

It urges the government to thoroughly investigate the oil spill in a transparent fashion and provide answers to help prevent similar incidents in the future, rather than dismiss it as an unfortunate mishap.

The MV Wakashio ran aground on a coral reef on July 25 before leaking oil on Aug. 6, threatening the fragile local ecosystem comprised of endemic and critically endangered species.

The ship then broke in two and the bow of the vessel was later towed out to sea and scuttled. Greenpeace believes it will take years to mitigate the damage to Mauritius.

“The worst ecological disaster in the history of Mauritius should never have happened, but it should have also never been handled in defiance of the minimum standards of transparency,” said Happy Khambule, Greenpeace Africa senior climate and energy campaign manager, in a press release.

“Similarly, there have been more troubles than solutions for fishing communities that have lost their basic income, children whose playgrounds have turned into toxic puddles, and unique biodiversity being smothered by crude oil.”

It covers a variety of subjects, such as why the Wakashio ran aground and why Mauritius and the Japanese company did not react during the first 12 days after the spill.

Other questions include: Who was responsible for deciding on the final sinking location of the Wakashio’s front section? Why was the local population ignored in the response to the oil spill? Why are any clean-up efforts kept secret?

“What do the recent incidents involving the Wakashio bulk carrier and the New Diamond tanker tell us about true progress toward sustainable shipping in the real world?” asks Harris.

The LC-LP (London Convention-London Protocol) has oversight on the dumping of wrecks, according to Harris. But he says the overall regulatory responsibility in any national context is under the jurisdiction of the government directly impacted — in this case, Mauritius.