Though taking shark fins is illegal in the country, they command high prices. 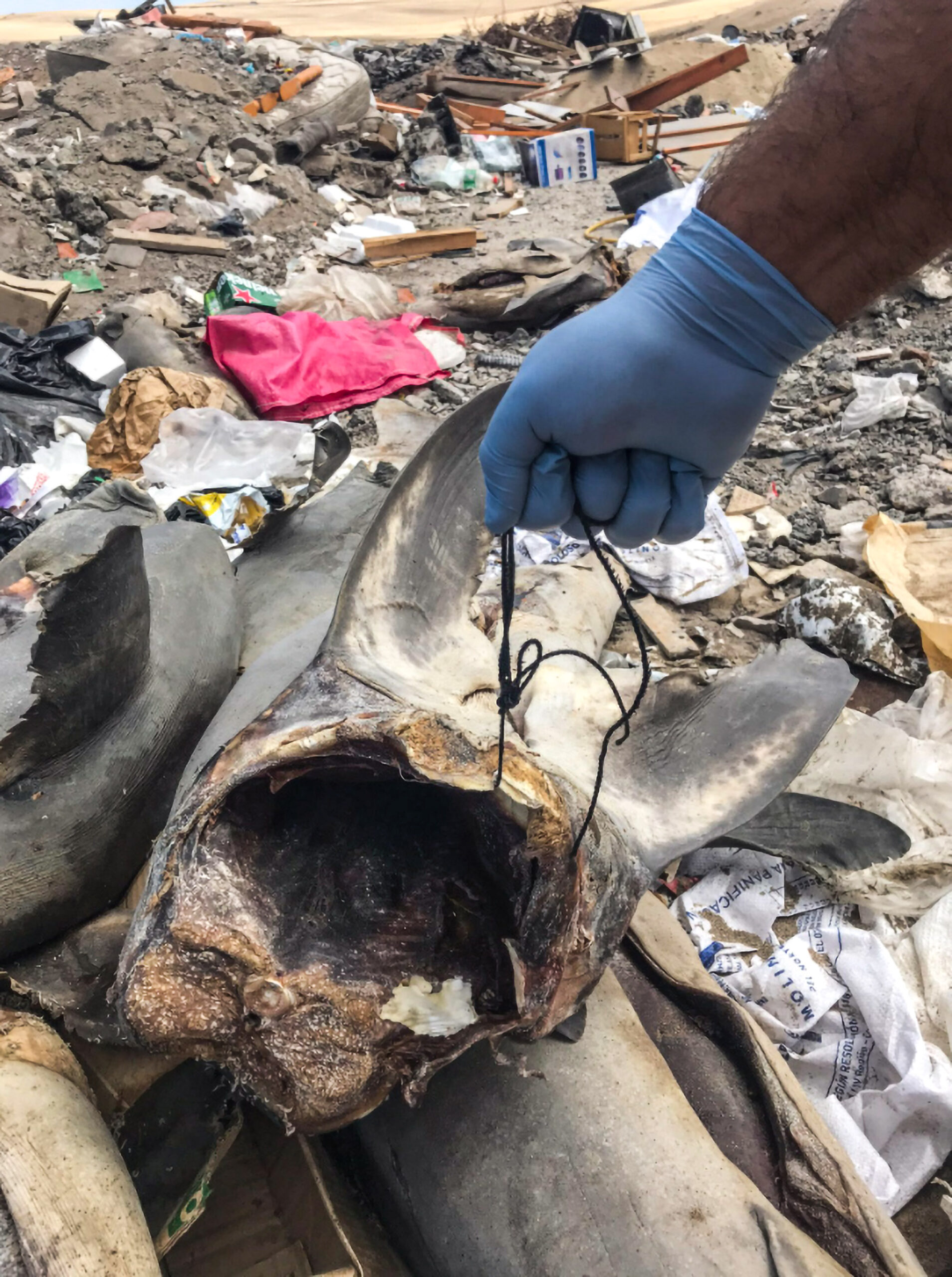 ANTOFAGASTA, Chile — At least 17 mutilated shark carcasses have been found along with tires, rubble and urban waste at a large illegal dump on a Chilean beach.

The clandestine dumpsite was discovered at the port city of Antofagasta, which included the dead shortfin mako sharks (Isurus oxyrinchus). They were both headless and tailless.

Video of the discovery shows Castro and Antofagasta University Professor Carlos Bustamente examining the shark remains scattered on a beach.

The sharks have value in markets, so Bustamente is confused as to why they were dumped.

(Fishermen often cut off shark fins, given their cultural and monetary value.  In China, they are used in shark fin soup, often a status symbol. An estimated 100 million sharks are killed annually by fisheries. Fins sometimes sell for as much as $500 a pound.)

The professor notes several of the sharks are not completely mature, with a size of under 1.5 meters (roughly 5 feet), while others are of “very considerable size.”

Bustamante believes local fisherman probably discarded the remains, given two factors: their intestines, heads and tails had been removed, and the location they were found.

Cutting the tail off a shark and discarding the carcass is known as shark finning and is illegal in Chile. The government has taken steps to stop fishermen from cutting their tails and throwing the bodies back in the sea, after some are accidentally caught in fishing lines. The practice is considered animal abuse.

Castro and Bustamente took samples of the sharks, which will be used in an effort to find those responsible and sanction them. They “don’t care or respect Antofagasta, its biodiversity or even its people,” the duo said. They called the illegal beach dump an “environmental disaster.”

There have been no further reports of polluting the beach.

Shortfin mako sharks are hunted for their meat and sport. Due to their power, size and speed, they are highly valued big game fish.

They are currently listed as endangered by the International Union for Conservation of Nature’s Red List of Threatened Species.