Maldives get $100 million for the Greater Malé Connectivity Project, plus a $400 million line of credit for the project. 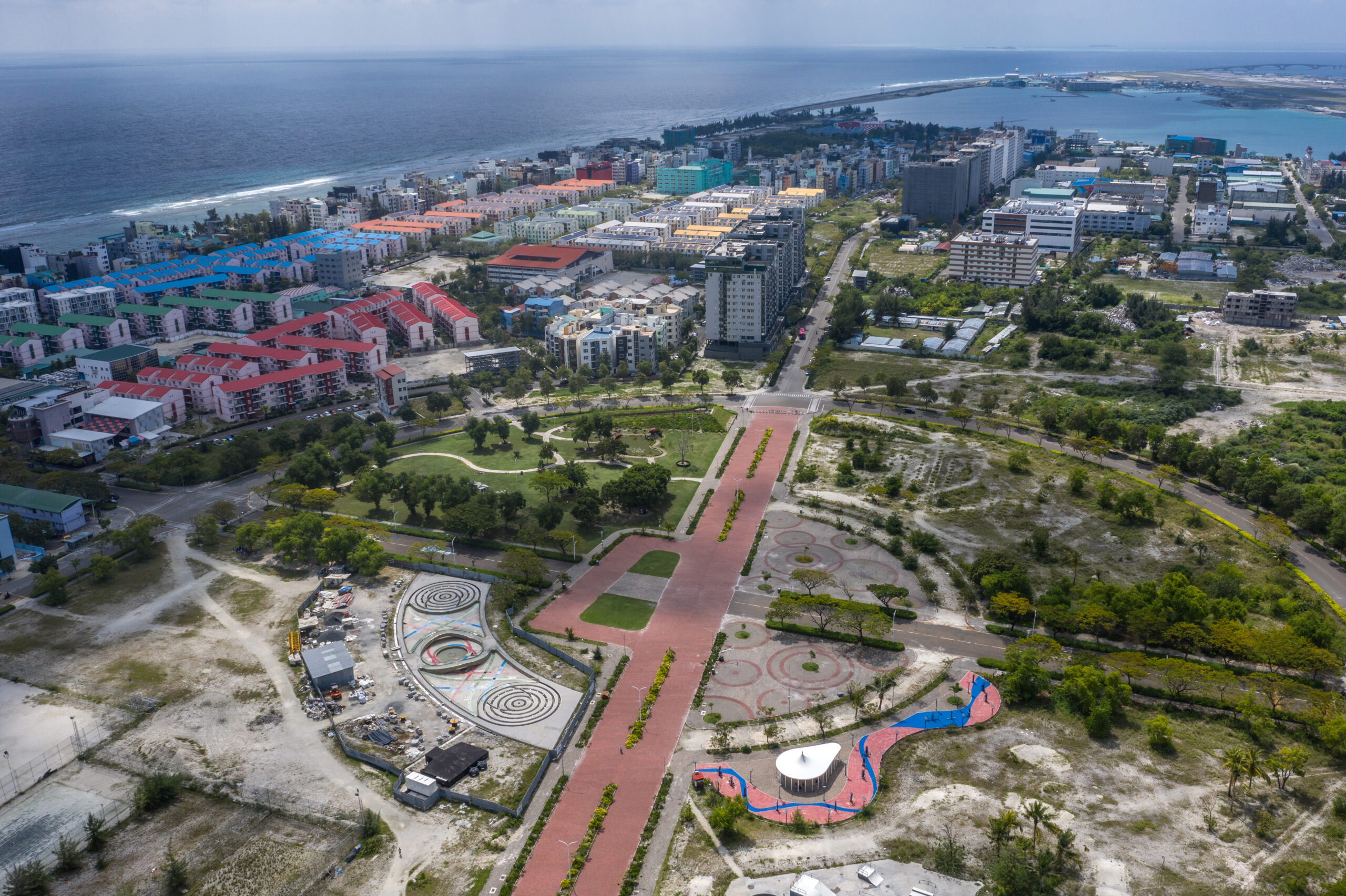 Newly built apartment blocks and a park are pictured on Hulhumale, an artificial island built up to 3 metres above sea level next to the capital city of Male Courtesy: Carl Court (Getty Images)

Kolkata, India. — India and Maldives have strengthened ties in the strategic Indian Ocean region with the signing of two agreements, with India granting the Maldives $100 million for a major infrastructure project, as well as a $400 million line of credit for the project. In addition to helping to boost the Maldives economy, the pacts also aim to counter China’s growing influence in the region.

The Memoranda of Understanding (MoUs) were two of four signed by India’s Foreign Secretary Harsh Vardhan Shringla and his Maldivian counterpart Abdul Ghafoor Mohamed during Shringla’s visit to Malé this week.

India granted $100 million for the $500 million Greater Malé Connectivity Project, said to be the largest connectivity and infrastructure project in the Maldives. It will link the capital of Malé with three islands.  Further, India granted a $400 million line of credit for the project. The 6.7 kilometer (4 mile) bridge will connect Malé with Villingili, Gulhifalhu Port and the Thilafushi industrial zone and is meant to help boost the Maldives economy.

Both nations also agreed to cooperation in sports and youth affairs. The Maldives has been selected as the host for the Indian Ocean Island Games in 2023.

“In the case of cooperation in youth and sports, the training of athletes and coaches, exchange programs in teaching and coaching, youth exchange, and youth festivals will take place,” Mohamed said.

“The Maldives occupies a special place in India’s ‘Neighborhood First’ policy,” India’s Ministry of External Affairs said in a statement ahead of the foreign secretary’s visit to the island nation, the first high level in-person meeting between the two sides since the onset of the pandemic.

Also, the statement said: “India has also responded to the Maldives in extending assistance to deal with the Covid-19 crisis.”

In September, India and the Maldives took additional steps to solidify bilateral and economic ties as India initiated direct cargo ferry service between the two nations to reduce the cost of transporting goods, and granted a loan of $250 million to support the Maldives government’s efforts to mitigate economic losses during the pandemic.

During this week’s meeting details were also laid out about two high-impact community development projects, for which the MoUs were signed in March 2019. India granted MVR 7.7 million ($455,000) to finance a drug detoxification center in Addu City and MVR 1.71 million ($110,000) to upgrade the Agriculture Research Centre on Hanimaadhoo island with a soil and plant testing laboratory.

Efforts to tackle the pandemic, boosting tourism, ongoing development cooperation, and ways to increase bilateral trade and connectivity were also on the agenda.

Traditionally, India’s relations with the Maldives have been strong, even more so in the last two years. Maldives President Ibrahim Solih visited India soon after taking office in November 2018, and Indian Prime Minister Narendra Modi was present at his swearing-in ceremony.

India and China, two of the biggest Asian economies, are investing heavily in the strategically important state in the Indian Ocean.

“Since it is based in the Indian Ocean, and is the maritime route for all the extra-regional powers, it is very important for India to maintain a good relationship with the Maldives,” said Sanjay K. Bharadwaj, a professor of South Asian studies at New Delhi’s Jawaharlal Nehru University.

Bharadwaj said China is rapidly building infrastructure around the world, and particularly in the island nations of Sri Lanka and the Maldives.

“China has invested $1.5 billion in the Maldives, which is larger than the country’s Gross Domestic Product. It is not good news for India if China and Pakistan have a stronger foothold in the Maldives. So, it is important to keep these smaller nations happy who can play a very crucial role strategically,” he said.

Mohamed said that both nations had been in talks about a meeting since last year and that the discussions were accelerated after Shringla took office in January.  This was Shringla’s sixth bilateral visit, following Bangladesh, Myanmar, France, Germany and the UK.

Reaching For The Stars One Shot At A Time