Despite Repeated Threats, The Trump Administration Has Not Stopped Funding Sanctuary Cities 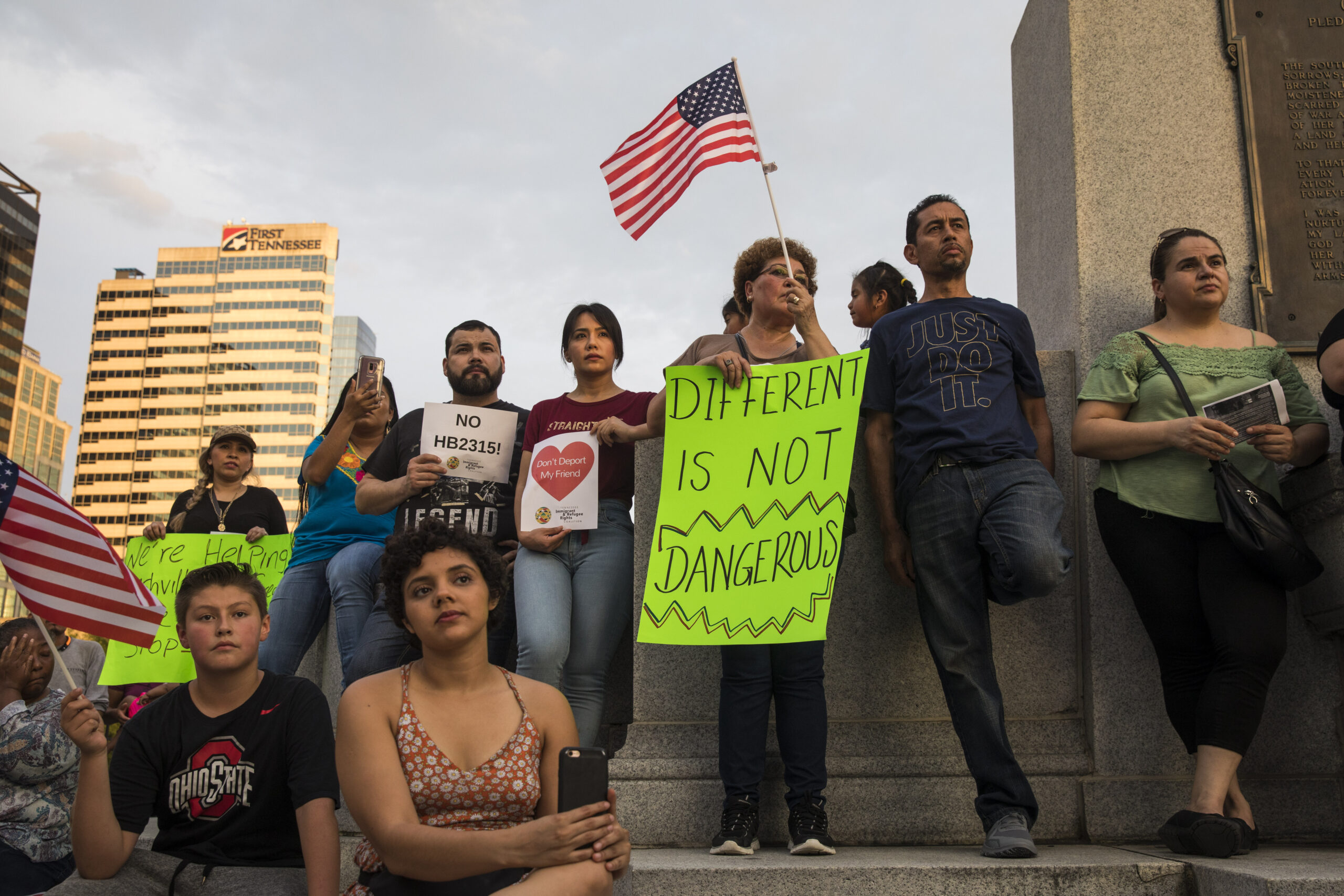 Immigrant families and activists rally outside the Tennessee State Capitol against HB 2315, a bill recently passed as law that will prohibit sanctuary city policies in the state, May 31, 2018 in Nashville, Tennessee. The legislation, which will take effect at the beginning of 2019, will require local law enforcement to comply with U.S. Immigration and Customs Enforcement (ICE) requests to hold immigrants for purposes of deportation (Photo by Drew Angerer/Getty Images)

OLYMPIA, Washington — Throughout his administration, President Trump has repeatedly threatened to halt federal funding to sanctuary cities: jurisdictions that limit their cooperation with federal immigration enforcement.

Despite the frequency of this rhetoric, Trump’s efforts have gone largely unrealized thanks to court cases that have overwhelmingly ruled against the Justice Department’s attempts to add immigration conditions to federal grant applications.

Sanctuary policies include restrictions on local law enforcement making arrests for federal immigration violations, or allowing ICE officers into jails without a federal warrant. These policies were an early target by the Trump administration, which made undocumented immigration a key part of its initial campaign platform.

In 2017, the DOJ set immigration enforcement-related conditions to the grants, including “a certification of compliance with 8 U.S.C. § 1373, allowing ICE access to jails and detention facilities,” and “providing ICE with 48-hours’ notice before a detainee is released.”

However, state and local jurisdictions have been challenging these requirements in court. In total, 12 district court rulings on the DOJ’s grant conditions have found them illegal, and four of five appellate courts have done likewise. “Even before these policies were enacted, a lot of litigation was brought preemptively &mldr; All but one of these rulings have told the Department that they are wrong,” said Lena Graber, senior staff attorney with the non-profit Immigrant Legal Resource Center.

The center’s goal is to “provide immigration legal training, technical assistance, and educational materials” and “engages in advocacy and immigrant civic engagement to advance immigrant rights.” It has released documentation that lists individual cases in which district and appellate courts ruled against the Justice Department’s immigration enforcement-based grant restrictions.

“The [Justice Department representatives] have lost so many of these lawsuits that they’ve begun to remove [their] immigration enforcement requirements from [state and local] grant applications,” said Graber.

Not all challenges have been successful. The outlier, State v. Dep’t of Justice in the 2nd Circuit Court of Appeals, ruled that the conditions were legal, but conflicted with the later decision City of Chicago v. Barr, which ruled the opposite.

“Those decisions are in direct conflict,” said Graber. According to the center, “DoJ can legally place the conditions on JAG grants for jurisdictions in the 2nd Circuit, but in all other circuits, the conditions are illegal.”

“Every year, these grant solicitations have their conditions modified to reflect policy changes., in 2020 the call for grant the ICE conditions were removed from the JAG application [and] they’ve successively removed more of these year-by-year,” said Graber.

The administration renewed its threats to halt funding as recently as April, but as it nears the very end of its first term, these threats have yet to come to fruition.

The Department of Justice did not return requests to comment on which, if any, jurisdictions had been denied federal funding over immigration enforcement policies.