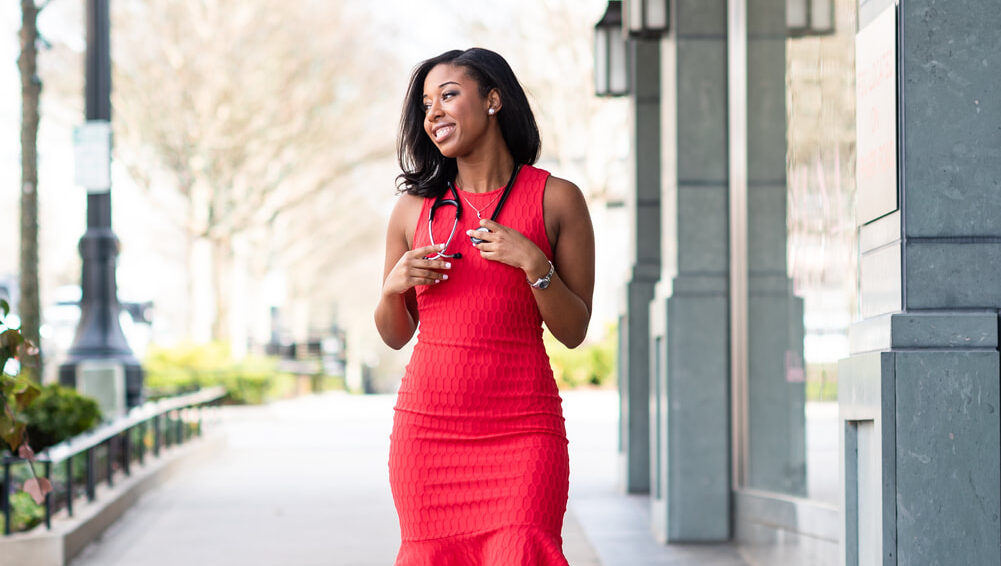 It’s 100 years since Dr. Meta Loretta Christy became the first black woman in America to graduate from what is now the Philadelphia College of Osteopathic Medicine. And just two years ago Dr. Ashley Roxanne Peterson, now 26, graduated from the same school as the youngest black female osteopathic physician in America in 2019.

The practice of osteopathic medicine began in the United States in 1874; it wasn’t until 1892 that Dr. Andrew Taylor Still coined the name and founded the American School of Osteopathy in Kirksville, Missouri, at a time when osteopathic medicine was largely believed to be fraudulent.

Osteopathic medicine takes a whole-person and preventative approach to health care. Osteopathic physicians believe the body’s systems are interconnected and work together to heal the body. They also consider how each patient’s lifestyle and environmental factors impact their well-being. They hold a doctor of osteopathic medicine degree, or D.O., and are equivalent to allopathic physicians, who hold a doctor of medicine degree, or M.D.

“One of the biggest things you can do for your health is to take accountability, by doing some preventative things, such as exercise, lowering your stress levels, taking your medication, vaccines and having screenings like colonoscopies,” said Peterson, who advocates for preventative medicine.

Her decision to pursue medicine was inspired by Still, an ardent abolitionist, who allowed both women and black students to attend his classes.

Peterson was also inspired by the discovery that her ancestors had been unwilling participants in the infamous Tuskegee Study,  conducted by the United States Public Health Service and the Tuskegee University in Alabama beginning in 1932.

“[Those events] drive me more, because I know that’s my background,” said Peterson.

The projected six-month study, which actually lasted 40 years, observed the natural history of untreated syphilis among the selected population in hopes of justifying syphilis treatment for African Americans, according to the CDC. The study involved 600 black men and operated without the men’s informed consent.

Those in the study were misled and offered no treatment, even after penicillin was discovered as a remedy in 1947. Ultimately, an advisory panel concluded the study was ethically unjustified in 1972.

“I always want to make sure people know that my history and legacy is rooted in the poor and oftentimes hurtful history of American slaves,” said Peterson, who is a direct descendant of slaves. “Sometimes, people are ashamed to say their ancestors were slaves. Quite frankly, I’m not ashamed. My ancestors worked so I can have this dream, and I am their wildest dream.”

Peterson began her studies at the Philadelphia College of Osteopathic Medicine at the age of 19, making history of her own: The average age for starting medical school at the time of her admission was 26.

As the youngest black female osteopathic physician, Peterson is now a role model for many young girls.

“I’ve had so many people reach out to me, especially young black women. There was actually a little girl who, this year, was me for Black History Month. That just made me cry because I guess my story is really inspirational to people,” she said.

Of the practicing physicians in the United States, only 5% are black or African American, according to a study conducted by the Association of American Medical Colleges in 2018.

Peterson’s advice to young girls: reject the fear of failing.

“I’m here to let you know that I failed, but I also succeeded,” Peterson said. “There are going to be haters. You just have to look past the haters and know and believe what God has said about you and not what others have said about you.”

“She’s a great person, a very hard worker and I’m inspired by her,” said Danielle Ward, an author and former classmate of Peterson. “She uses her voice to tell people that it can be done — despite whatever challenges.”

Ward, an urgent-care physician in Atlanta, Georgia, says she was inspired to start the Aspiring Minority Doctor blog after recognizing there were few well-known black female role models in the medical field.

“There’s just not enough visibility,” said Ward. “It’s hard when young girls just don’t see it, but we are here and growing. We use social media to show our presence.”

Unlike Peterson, Ward spent five years trying to get into medical school, acting as a full-time research associate at the LSU School of Veterinary Medicine before her admission to PCOM. At the time, she was already a single mother of a 6-year-old.

“The main challenge was the ‘mommy guilt’ that comes from not being able to spend enough time with your child because you’re studying and feeling like you have to balance who you are,” said Ward. “For the most part, it was keeping up with the material and not having imposter syndrome where you think you’re not good enough to be there.”

Ward acknowledges Dr. Barbara Ross Lee — the first African-American woman to be named dean of a U.S. medical school and the first osteopathic physician to become a Robert Wood Johnson policy fellow — as an inspiration.

Ward’s blog, which chronicles her single-mother’s journey through medical school and residency, offers tips for aspiring medical students culminated in a book titled, “Atypical Premed: A Non-Traditional Student’s Guide to Applying to Medical School,” which was published earlier this year.