Conservationists hope that recognition will lead to regulating mining in the region, among other environmentally sensitive issues. 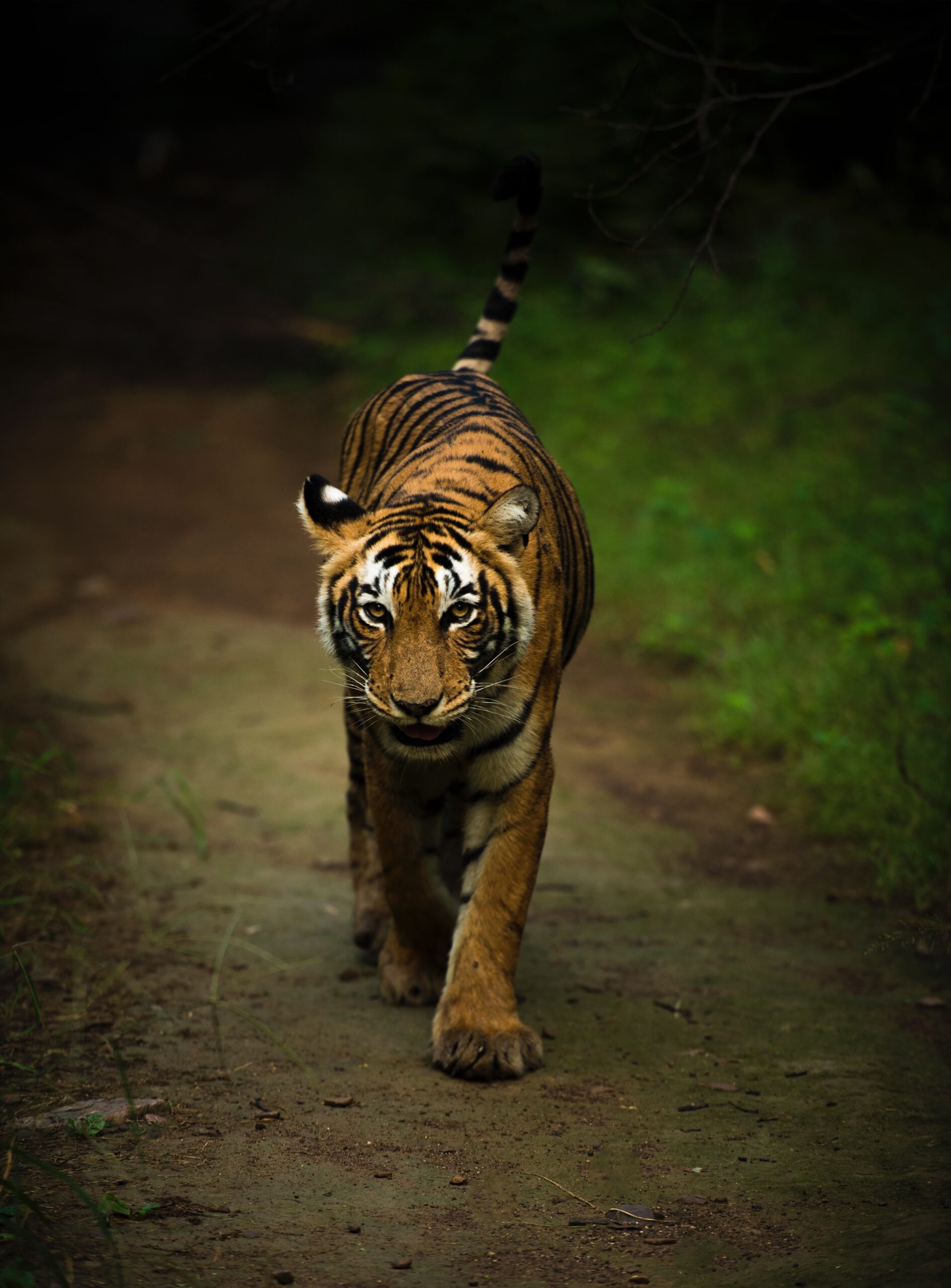 Seven tigers were reintroduced in 2009 from the state’s Kanha and Bandhavgarh national parks to repopulate the area, and now the tiger reserve is home to over 50 big cats Courtesy: Praniket Desai (Unsplash)

UNESCO’s Man and the Biosphere Programme last month added 25 sites from 18 countries to its list of biosphere reserves, bringing the total to 714 reserves across 129 countries.

The reserve in the central state of Madhya Pradesh is a landscape of dry, deciduous forests, plateaus and gorges in the Vindhyan Hills. The area is also home to ornate Hindu and Jain temples at Khajuraho that date to the Chandela dynasty between the ninth and 13th centuries. The remaining 20 temples are among the masterpieces of Indian art. The complex is a UNESCO World Heritage Site.

The international organization said the area has undergone substantial ecosystem restoration in the buffer zone. The biosphere reserve spans three urban centers and over 300 villages where people depend on agriculture, horticulture, forestry and cultural and eco-tourism for a living.

UNESCO’s biosphere reserves seek to reconcile human activity with conservation efforts and sustainable use of biodiversity, which means using natural resources at a renewable rate.

“They [the reserves] are a central element to UNESCO’s research and awareness-raising work to foster innovative sustainable development practices,” the organization stated. “It aims to combat the loss of biodiversity supporting communities and the member States’ understanding, valuing and safeguarding the living environment.” 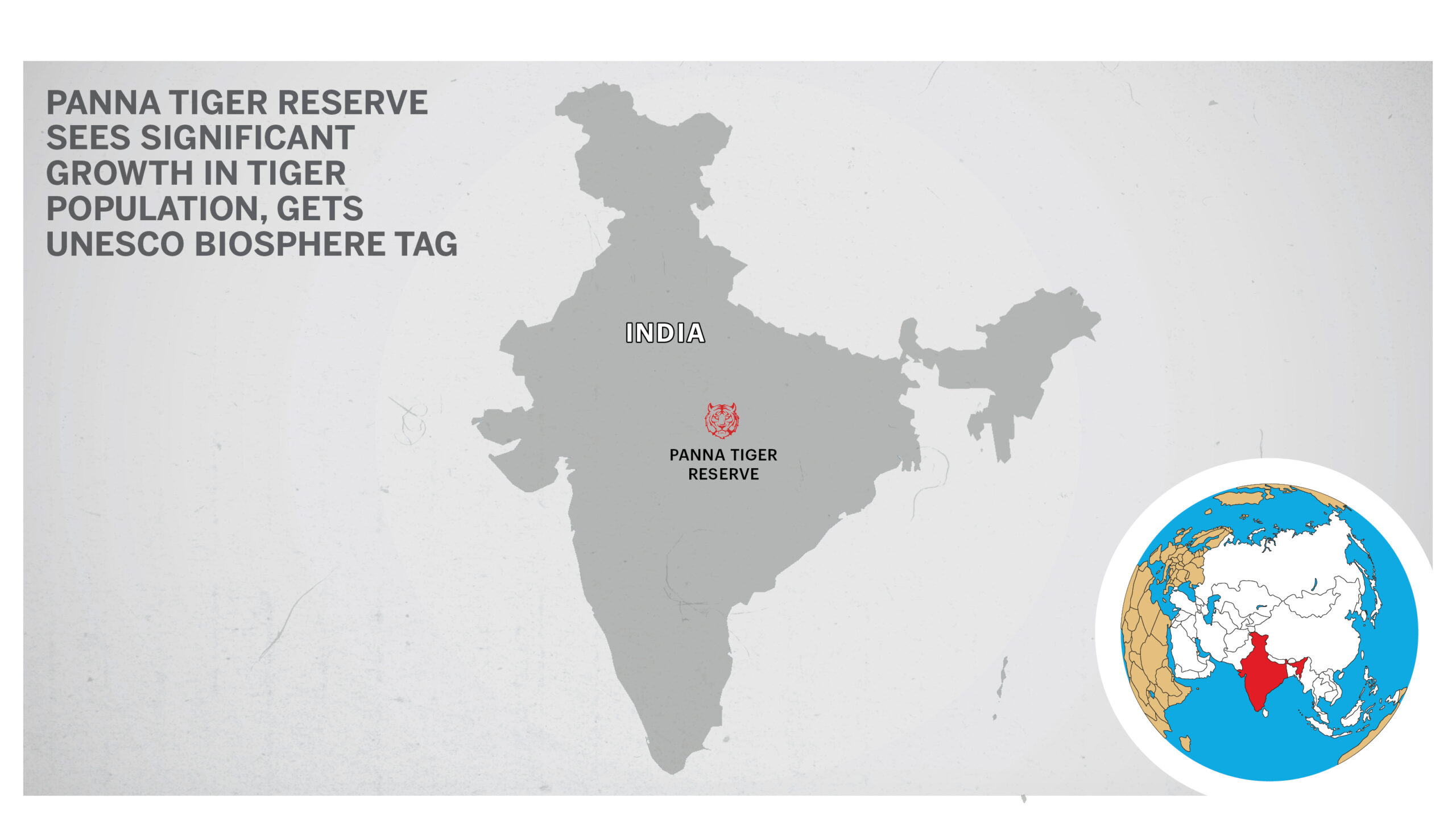 The area also hosts around 300 species of birds.

After a team of researchers discovered that Panna’s tiger population had been wiped out in 2009, primarily due to poaching, the Madhya Pradesh government at the time was blamed for not heeding the warning signs. Seven tigers were reintroduced in 2009 from the state’s Kanha and Bandhavgarh national parks to repopulate the area, and now the tiger reserve is home to over 50 big cats.

“Designation as a UNESCO biosphere reserve is a recognition for this landscape and the efforts and sacrifices of foresters and local communities,” said Prerna Singh Bindra, author of “The Vanishing: India’s Wildlife Crisis.”

“From a point where Panna had lost all of its tigers to a situation where it is now populating the landscape, it is something to be proud of.”

Forest officials at the reserve said eliminating poaching has contributed to the significant increase in the number of tigers.

“There were problems of hunting before 2009,” said Uttam Sharma, field director at the Panna Tiger Reserve. “There have been no poaching incidents recorded in the last 12 years.”

Sharma also said that the UNESCO recognition “should increase the number of foreign tourists visiting the park.”

The locals, however, are concerned about potential constraints on development and restrictions on activities outside the national park, in light of the recognition of the reserve area.

“There is a need to educate people how this recognition expects them to work in such a way that their activities have to be in harmony with nature,” Sharma said.

The region is also known for its diamonds, and illegal sand mining in the Ken river poses a danger to the local ecology.

Conservationists are also concerned about the Indian government’s plans to link the Ken and Betwa rivers, a long-pending proposal which is touted as the solution for the parched Bundelkhand region in central and north India.

“After the shame of extinction, we have invested in reviving Panna, and made it a model for the world, yet at the same time we are proceeding with this river linking project which would drown and destroy Panna,” said Bindra.

“I hope this UNESCO recognition would force a rethink by the government. Panna has a unique, diverse wildlife, landscape. We are endangering it by pushing this river-linking project which would have destructive ecological and social impacts,” she said.

Sharma also thinks the proposed project would lead to submersion of around 60 square kilometers, or around 10 percent of the core area of the reserve.