Game On: Despite Growing Popularity of Fantasy Sports in India, Calls for Ban Increase 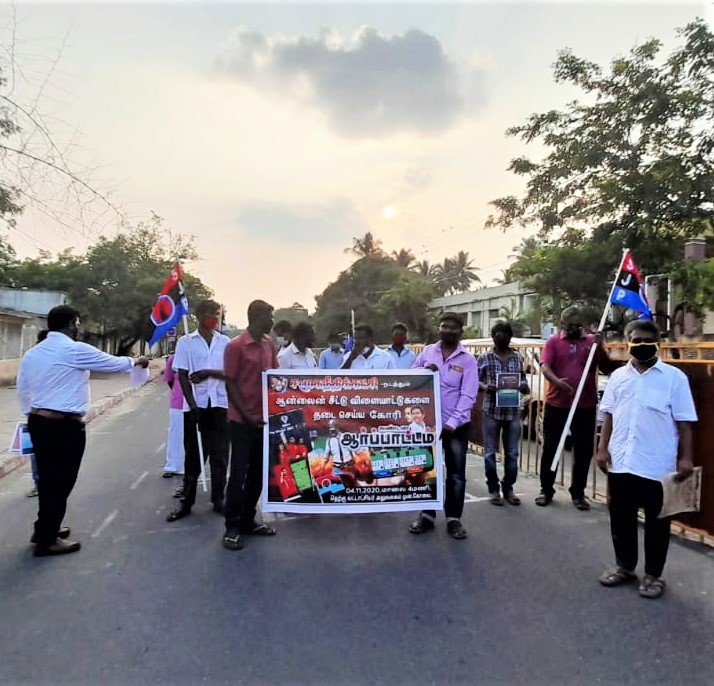 New Delhi — While fans of fantasy sports in India have boosted the industry’s growth exponentially in the past four years, critics are calling for a ban on online games, which players can bet on.

A number of factors have contributed to the growth and popularity of the games, including the high penetration of internet services, low-priced smartphones, and isolation during the pandemic. In fantasy sports, players assemble virtual teams of actual professional athletes and may place bets based on the athletes’ performance in real-life matches.

The growth has continued to increase despite regulatory uncertainty, seasonality, high dependence on cricket, listing limitations on the Google Play Store, low participation from women, and lack of innovation in offerings. Several Indian states are also reining in online games.

Among those who received notices are Sourav Ganguly, chairman of the Board of Cricket Council of India, who endorses fantasy sports app My11 Circle; Virat Kohli, the Indian cricket team’s captain who campaigns for Mobile Premier League; and actors Prakash Raj, Tamannah Bhatia and Rana Daggubati.

Under federal law in the United States, but not under all state laws, fantasy sports are a game of skill and therefore they are not gambling. Fantasy sports are legal in the UK, Spain, Italy, Canada and France.

“Some of our state courts have given a nod to fantasy sports apps, stating that they were games of skill and not of chance.”

When questioned about the legality of Dream11, a fantasy sports app launched in 2008, India’s High Courts of Punjab and Haryana, Rajasthan and Bombay clarified that fantasy sports are games of skill, not chance, and therefore do not amount to gambling.

Dream11, which became India’s first gaming unicorn in April 2019, ushered in the fantasy sports craze in the country. The games involve selecting players from both sides of a real-life match to form teams in cricket, football, kabaddi and others. Based on the performance of selected team members, players win cash.

My Team11, Hala Play, FanFight, MPL and My 11 Circle are among the popular fantasy games widely played in India and follow a format similar to that of Dream11. None of the apps are on the Google Play Store. The tech giant prohibits the hosting of online casinos, sports betting, lotteries and other “content or services that enable or facilitate users’ ability to wager, stake, or participate using real money to obtain a prize of real-world monetary value.”

This year, Dream11 replaced Vivo as the title sponsor for the Indian Premier League (IPL), which ended on Nov. 10 with Mumbai Indians claiming the championship trophy.

“The pandemic has increased the user base for fantasy sports in the country more so after IPL 2020,” said Roland Landers, CEO of the All India Gaming Federation. “This IPL that returned after a gap of one-and-a-half years led to fantasy sports businesses attracting millions of players to their platforms.”

N. Paneerselvam, founder and president of Social Justice Party, a Coimbatore-based nonprofit that works for the betterment of local underprivileged and tribal communities, said, “Online games are acceptable as long they are used as a mode of entertainment, but the problem arises when youngsters getting addicted to the format end up investing huge amounts in paid contests.

“Several instances of suicides have been reported in the last few months where gamers died of suicide as they failed to pay their debts.”

Last week, the Social Justice Party held a protest in front of the Coimbatore South Taluk office urging a ban on fantasy sports and gambling apps.

Tamil Nadu, which this year has seen a number of suicides linked to online gambling, recently reported the suicides of two men aged 28 and 32 in Coimbatore district.

In defense of the games, Landers of the All India Gaming Federation cited fantasy sports apps’ use of “self-exclusion measures.”

“The measures provide for a responsible gaming experience,” Landers said. “These practices automatically disconnect players who are identified to be compulsive gamers.”

The Indian government has not yet laid out regulation guidelines for fantasy sports, but independent bodies such as the All India Gaming Federation and the Federation of Indian Fantasy Sports self-regulate the industry in the country.

“A comprehensive regulatory framework by a regulatory body is necessary to regulate the online sports and to curb any illegal activities as well,” the Madras High Court observed while hearing the two petitions on Nov 3.  “In fact, such regulation of online sports would encourage investment in the sector, which could lead to technological advancements as well as generation of revenue and employment.”