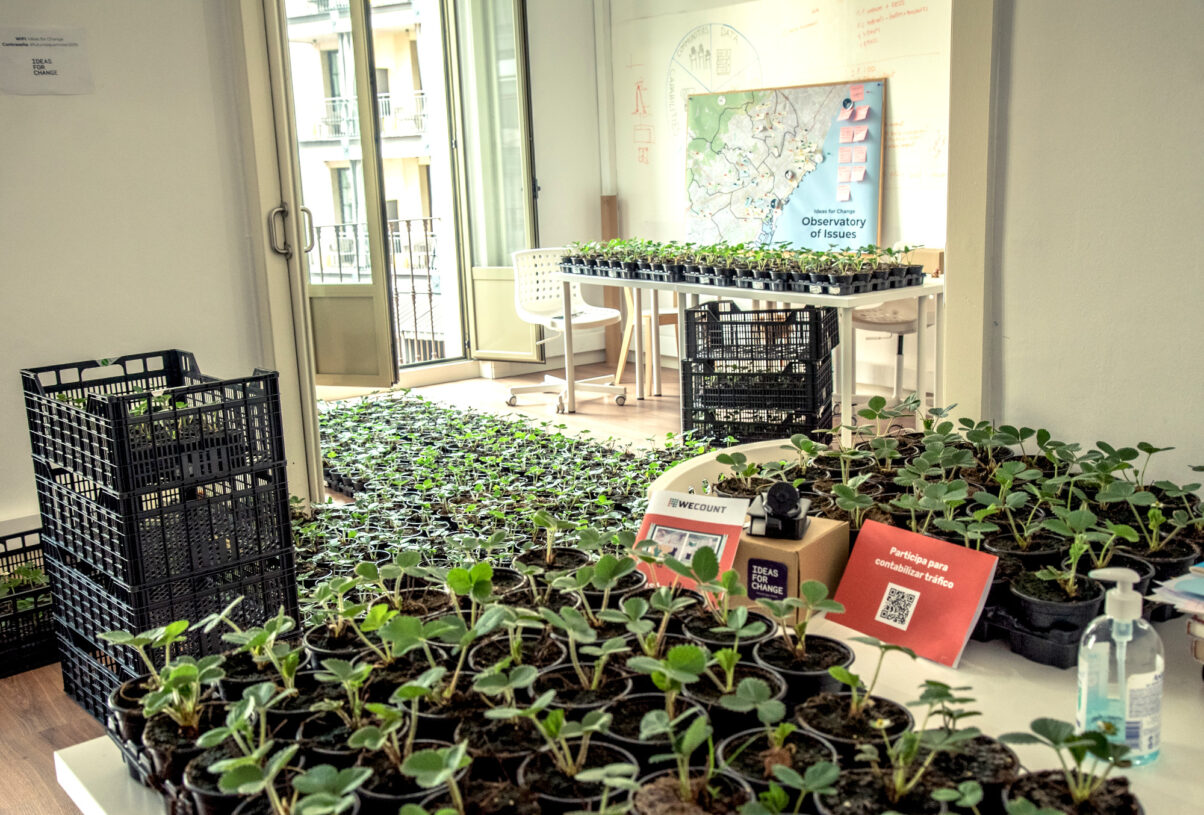 Scientists are using strawberries to measure the air quality in 17 Spanish cities.(Ideas For Change/Real Press)

Scientists are using strawberries to measure the air quality in 17 Spanish cities, thanks to the plant’s ability to absorb particles and heavy metals.

“The project is about pollution in our cities and how we can improve the urban environment. But to me, the key point is also that it’s an educational project. People are made aware. They are informed and involved, and the response has been overwhelming,” said Daniel Lisbona, Vigilantes del Aire IT and web director on Nov. 6.

Lisbona is part of the consortium behind the study, which includes the Ibercivis Foundation, Ecology Institute of the Pyrenees (Ipe-CSIC) and the Spanish foundation for Science and Technology (FECYT), along with the environmental group Vigilantes del Aire (Guards of the Air).

Participants in the study will keep the plants for three months. Researchers hope to collect around 50% of the plants. Once the samples are received and tested, they will be able to map different concentration points of pollution in the cities studied.

The research began as a pilot project in Zaragoza in 2017 and expanded to five regions across the country — Basque Country, Galicia, Aragon, Catalunya and Andalucia — in October 2019. The initial data findings may also aid cities in traffic regulation.

The ongoing research is critical. Urban air pollution has been defined by the European Union as the most pressing environmental health problem in Europe, and Spanish cities are among the hardest hit.

“It’s too early to talk about what specific changes it may bring. Maybe in a couple of years we can address that. Right now, the objective is to deliver information,” Lisbona said.

Spain isn’t alone in using strawberries to measure pollution. Six other European countries have participated in AlRbezen — Belgium, France, Portugal, Switzerland, Poland and Estonia — to determine if there is a link between air quality and green space.

Spain claimed the highest production of strawberries in 2018, an estimated 761,000 pounds.