Marine biologists give member of endangered species some TLC before returning it to ocean.
By Ana Lacasa November 10, 2020
Facebook
Twitter
Linkedin
Email 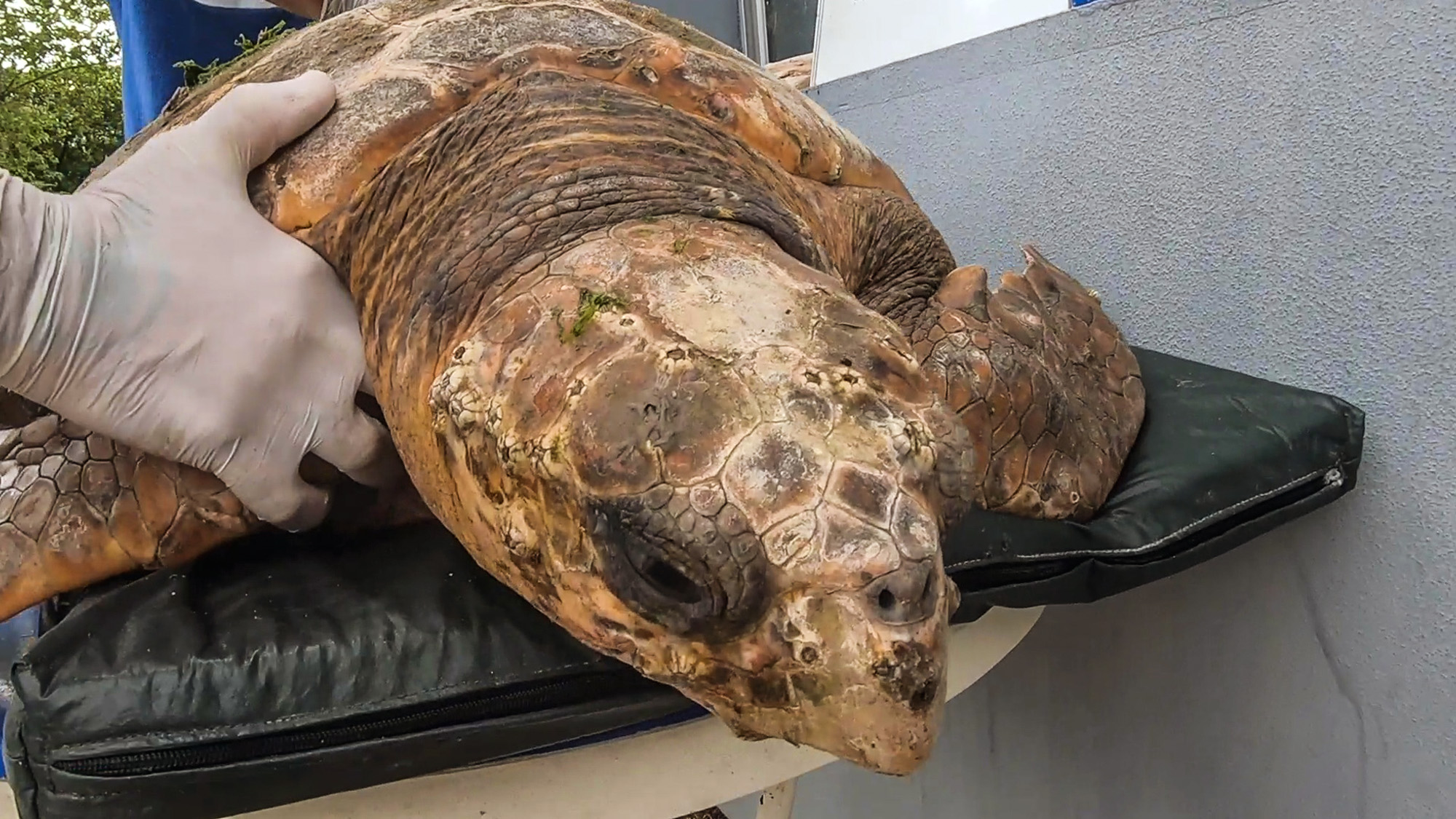 A rare loggerhead sea turtle was rescued from a fishing net off the coast of Argentina. (Mundo Marino/Real Press)

SAN CLEMENTE DEL TUYU, Argentina — A rare loggerhead sea turtle has been rescued from a fishing net off the Argentinian coast and given a comprehensive check-up by experts before being released back into the sea.

The turtle (Caretta caretta) was saved by fishermen Claudio Silva and Richard Marin in Samborombon Bay near San Clemente del Tuyu on Oct. 28. 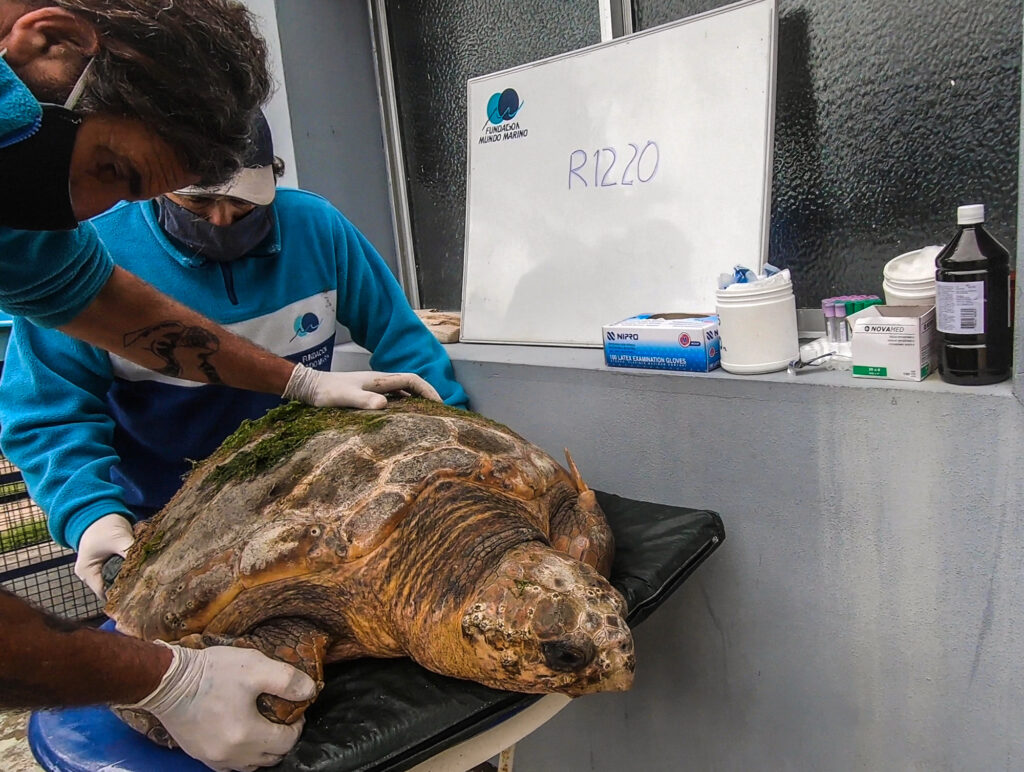 The duo contacted the Mundo Marino (Marine World) Foundation, which works in the recovery and protection of marine life. The video shows the moment the fishermen hand over the tortoise from their boat to members of the foundation on shore.

The turtle is covered in green algae and small marine organisms, which are moving around on its shell. They latch on to it when the turtle’s movements slow during the winter months, a period when turtles do not migrate to warmer waters. They enter hibernation mode to save energy.

Mundo Marino staffers cleaned the turtle’s shell of the small marine animals and algae. If left there too long, they can weaken it and cause infection.

The video shows the newly cleaned sea animal swimming in a pool before being released back into the ocean as the foundation team watches.

“We have been working with the fishermen to make people aware of how to help in the preservation of marine reptiles, with a lot of them in a vulnerable status,” Karina Alvarez, biologist and head of the Preservation Department, said in a press release.

The rescued animal did not show any signs of having swallowed plastic, which is a common occurrence among turtles treated by the foundation, Alvarez said. (Swallowing such material is a threat to sea creatures of all sorts.) Hundreds of thousands of sea turtles are caught annually in shrimp trawl nets, longline hooks and fishing gillnets — a threat known as bycatch, defined as a fish or marine species caught unintentionally while catching other species.

The sea turtle was released Nov. 2, several days later after it finished its recovery process. The animals normally arrive at the Argentine coast from northeast Brazil.

Loggerhead sea turtles are listed as “vulnerable” on the International Union for Conservation of Nature’s Red List of Threatened Species. Loggerhead turtles are found worldwide with nine Distinct Population Segments (DPS) listed under the Endangered Species Act. Only two loggerhead nesting beaches have greater than 10,000 females nesting per year: South Florida and Oman.