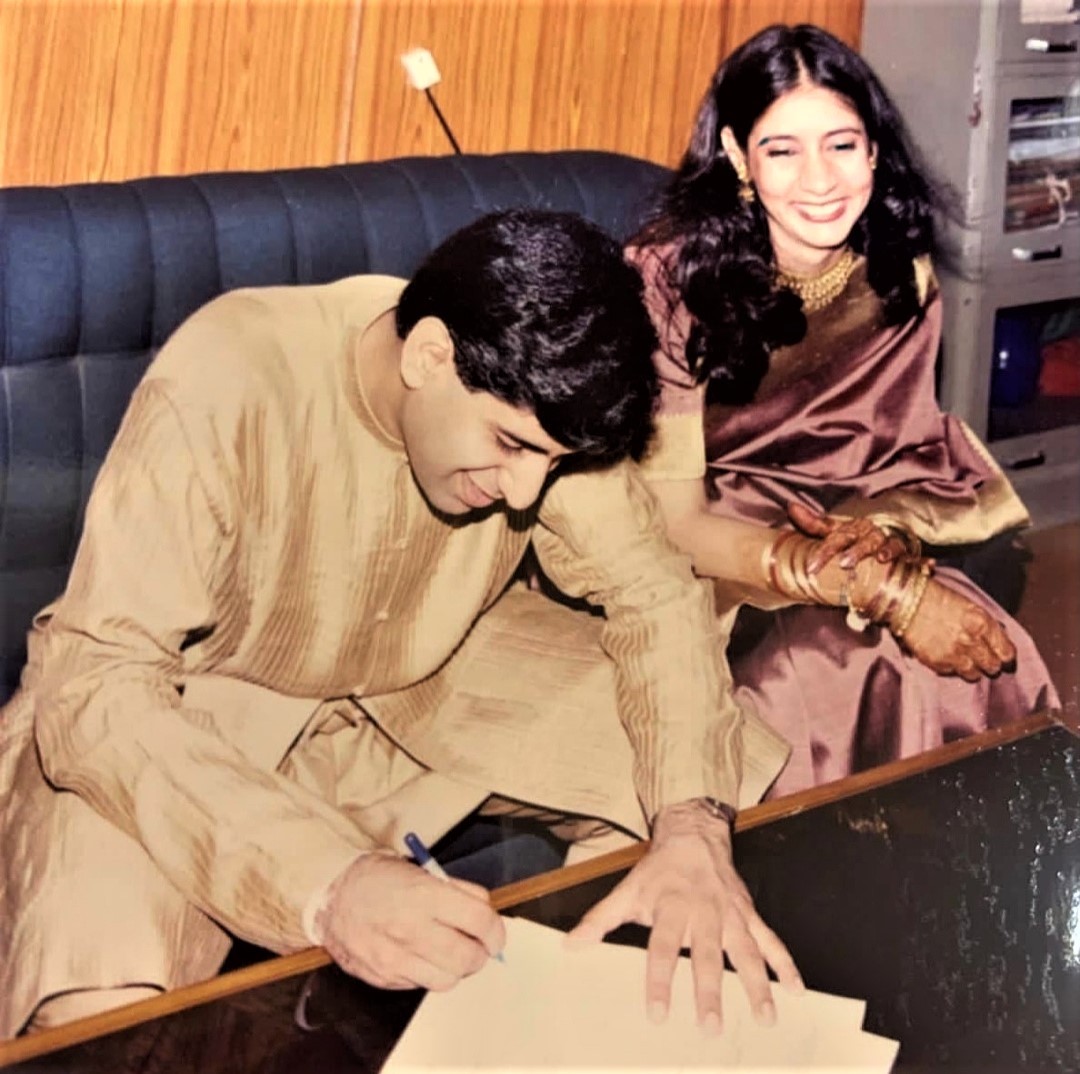 Kolkata, India — In a country where inter-faith and inter-caste marriages are frowned upon or strictly forbidden, three Indian journalists have started an Instagram account called India Love Project to celebrate couples whose love stories have surmounted such obstacles.

Journalists Samar Halarnkar, Priya Ramani and Niloufer Venkatraman launched the project to highlight love stories that have broken “the shackles of faith, caste, ethnicity, and gender,” in the days following controversy over an Indian jewelry advertisement that featured a Hindu woman’s baby shower hosted by her Muslim in-laws.

Inter-marriage is typically discouraged in Indian families, and love and relationships outside of caste and religion are taboo. The controversy is even greater when the relationship involves people from the Hindu and Muslim communities.

“We were planning to launch this Instagram page since the past two years, but lately there were a lot of statements from the Indian government which claimed to put up a law for the so-called ‘love jihad,’” said Halarnkar. “This was the ideal time to launch it, and the idea was implemented very quickly.”

“Love jihad” is an Indian Islamophobic theory which claims that Muslim men marry Hindu women solely for the purpose of converting them to Islam. The sentiment is on the rise in India and has fueled numerous incidents in which Muslim men have been targeted by right-wing Hindu nationalist groups.

Last month, #boycotttanishq was trending on Twitter after jewelry brand Tanishq posted an advertising video featuring an interfaith marriage.  The advertisement showcased the brand’s new collection Ekatvam, meaning unity, but within a few hours, as the ad was trending on social media, radical Hindu nationalist groups claimed it was promoting ‘love jihad,” and the company withdrew the video.

“We are deeply saddened with the inadvertent stirring of emotions and withdraw this film keeping in mind the hurt sentiments and well-being of our employees, partners, and store staff,” the brand said in a statement.

The incident once again brought attention to the widening gap between communities and religions in India.

Now, the three journalists are seeking to create awareness and overcome the atmosphere of hatred through stories of love and strength with the launch of the India Love Project. The project also is meant to provide a platform where people can celebrate love and understand the cultural and religious diversity of India.

Halarnkar said the idea behind sharing forbidden love stories is to counter the fake narratives of “love jihad.”

“There are fake narratives in our country which states Muslim men lure Hindu women to convert them. We knew these narratives were wrong and there were several people who wanted to talk about their own stories where inter-faith or inter-caste marriages took place,” he told Zenger News.

While India has witnessed a sea change in its economic infrastructure and military strength, among other areas, the stigma associated with inter-faith and inter-caste marriages seems to have stagnated.

“When my parents were married 60 years ago, things were very difficult,” said Venkatraman. “But now, after all these years the condition is worse in the country, and the nation has not really progressed. The opposition has been more vigorous lately.”

Venkatraman acknowledges that while that not everybody has a problem with interfaith marriages, her parents, as an inter-faith couple, had faced several barriers.

She said the Indian Love Project aims to share real stories, which are usually neglected or not reported to the outside world.

“We want to convey to the next generations that there are multiple realities, multiple ways of living, and loving. There is no one standard formula which is said in most Indian families.”

Now, inter-faith couples are coming forward to share their stories and express their opinions on the new Instagram site. Beyond that, the India Love Project aims to provide legal and psychological help to couples seeking advice.

“Our Punjabi (Hindu) and Kashmiri (Muslim) marriage was not just an inter-religious one. For Rajnish’s family, it brought back memories of grief and loss due to the partition,” said Khanday. “His parents had migrated with their families from Faisalabad [now in Pakistan] when they were teens.

“For my family,” Khandav said, “a Kashmiri Muslim marrying a non-Kashmiri non-Muslim was the issue. Emotions were high on both sides. We wanted the families to come together and accept us.”

Today, they have been happily married for 20 years. Their marriage was recognized under the Special Marriage Act, 1954, and they have two children. Their motto remains “love conquers all.”

However, they had to cross several social barriers.

Khanday said they faced controversial questions after their marriage, such as: “Which religion do you follow? How will you bring up your children? What is your position on Kashmir?”

“Some tell us, we live in an imaginary world of cultural integration. Our response is always the same: We have made this world together and want this to be the new world,” she said.