Man Marries Himself in ‘Sologamist’ Ceremony After Fiancee Calls Off Wedding 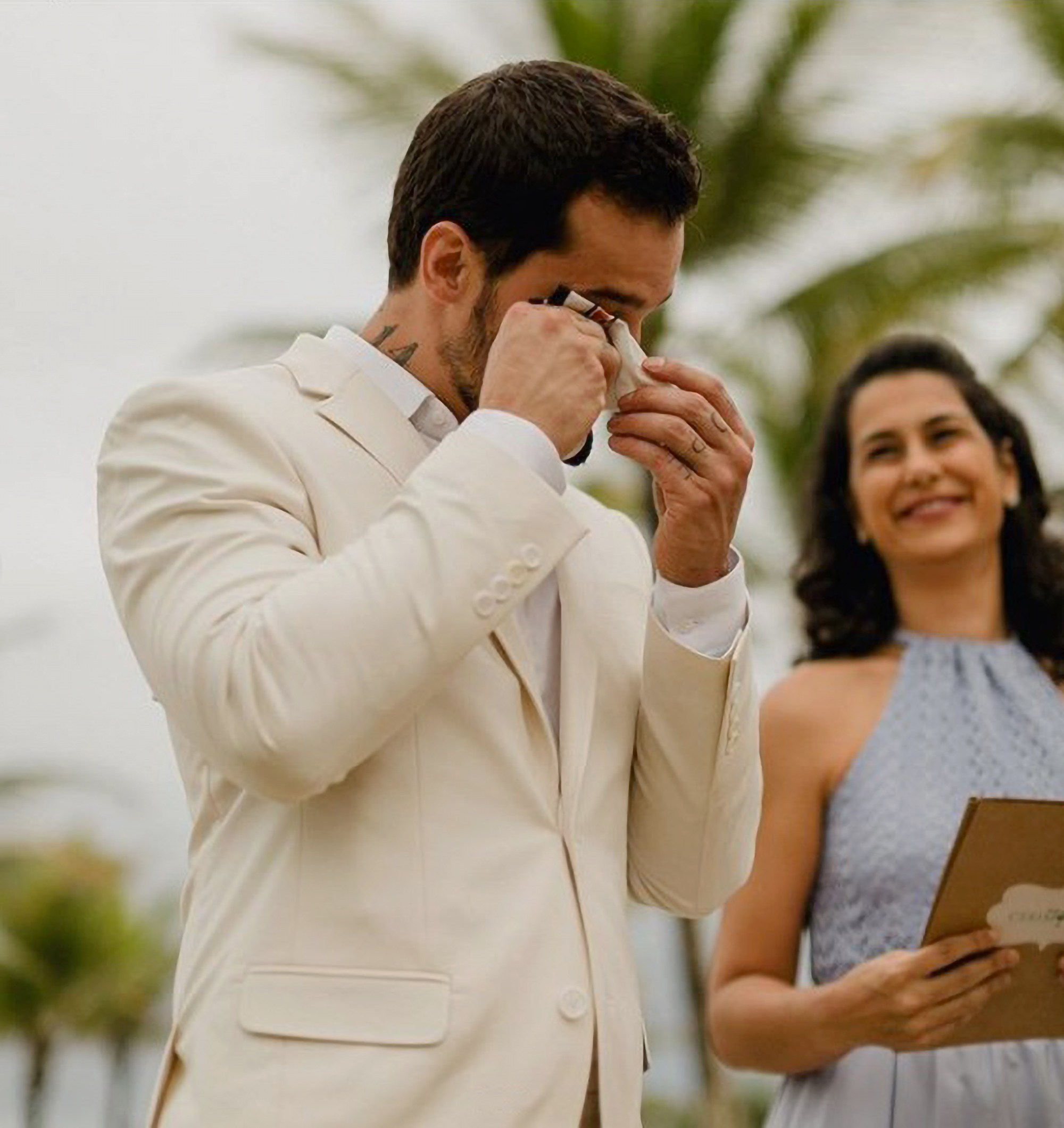 Brazilian doctor, Diogo Rabelo, 33, who marries himself, crying of emotion at his wedding. (@drdiogorabelo/Newsflash)

ITACARE, Brazil — A man whose fiancee broke off their engagement went ahead with the big day — on his own.

Diogo Rabelo married himself at a coastal resort in Itacare, Brazil, on Oct. 17 in a ceremony that cost roughly $61,000.

The doctor’s fiancee, who had been with him for over a year, said “I don’t” three months before their planned wedding. However, he went ahead with the nuptials anyway. Of the 100 people initially invited, 40 attended the solo ceremony.

Rabelo, who specializes in cosmetic procedures such as Botox and facial fillers, has since shared several photos and videos from his wedding on Instagram, which have gone viral. In one of the videos, he can be seen holding up a handheld mirror and saying, “Yes.”

“There comes a time in our life that in order to continue it is necessary to let go of our habits, addictions, memories and traumas in order to move on. And this symbolic act of marrying myself is my highest point of expression for my self-love,” he said in a post about the wedding. “I have learnt that I have my worth and that I don’t need to be loved by anyone in order to feel good.”

“And I’ll go further: I don’t need to change my personality or my way of being in order that someone can stay with me. I have discovered my worth and I love who I am, I love my story, where I came from, what I went through, and I focus on where I want to go,” he said. “Today is one of the happiest days of my life, as I’m with the people I love the most in this life, celebrating what could be a tragedy, but I made it a comedy.”

The practice of “sologamy,” also referred to as self-marriage or self-uniting marriage, is a growing global trend in which a person marries oneself. Because the practice is not legal anywhere in the world, such weddings do not constitute legitimate contracts and are instead symbolic ceremonies.