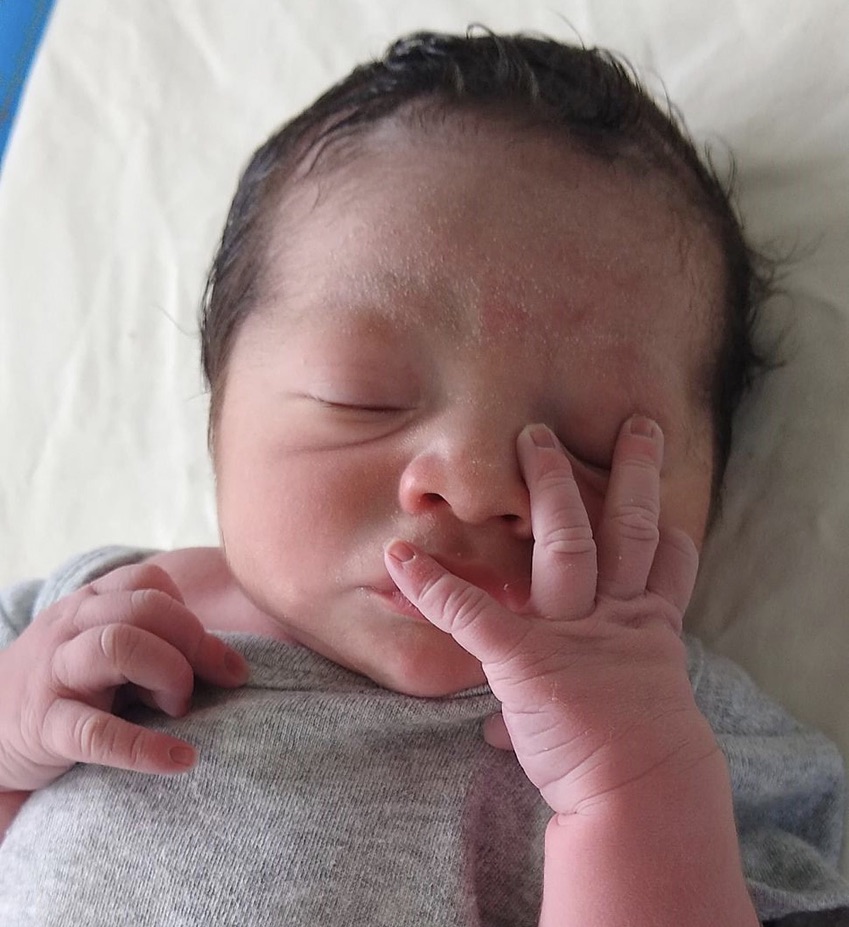 VOTORANTIM, Brazil—A newborn baby in Brazil was in good hands when his dad caught him after his mother unexpectedly gave birth as she walked  through a doorway.

A pregnant Joyce Silva, 21, went to the hospital on Oct. 17, but doctors sent her back to her home to Votorantim, in the southeastern state of Sao Paulo. However, she had gone into labor by the time she got to her house and decided to return to the hospital.

As she was walking through the door to leave, she realized the baby was coming and held onto the door frame while calling to her mother and husband for help. Within seconds, she gave birth to Miguel Davi da Silva Pereira. As he entered the world, Silva’s mother held the baby’s head while her husband caught his body in his hands.

The family then called the emergency services to take the young woman to the hospital. The baby, who weighed 3.37 kilograms (7.43 pounds) and measured 49 centimeters (19 inches), spent two days in the hospital before being discharged with his mother.

Unplanned at-home births come with a set of risk factors that are more common than planned births at home or in hospitals. A 2011 study of 18,000 unplanned at-home births found that hospital deliveries are 7% safer than unplanned home deliveries, which carry a 68% rate of perinatal morbidity versus 8% for hospital births. Some conditions in newborns, such as hypothermia, were also linked to unplanned births at home.

In the United States, just .09% of births, or approximately 35,000, each year occur at home, according to the American College of Obstetricians and Gynecologists. Of those, one-fourth are unplanned or unattended by a midwife or medical professional.