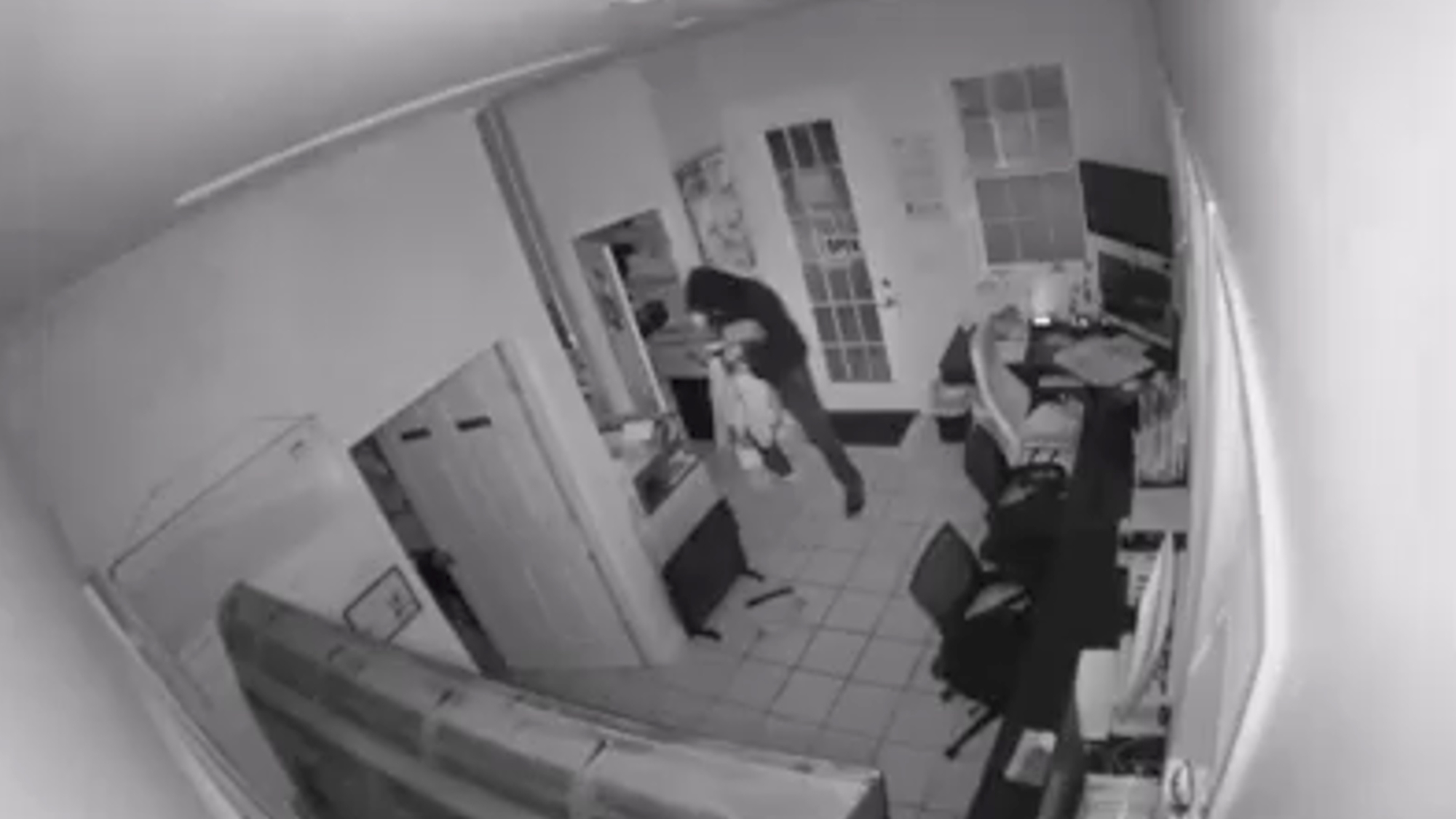 The suspect poured gasoline in the room at Sherrills Ford business. (@CatawbaCountySheriff/Newsflash)

SHERRILLS FORD, North Carolina—An arsonist burglar set himself — and the cash he stole — on fire while torching a North Carolina business.

The incident took place at the business office of the Lake Norman Motor Coach Resort in the Catawba County town of Sherrills Ford at 1 a.m. on Nov. 1.

Firefighters were called to the scene and arrived to find the office already ablaze and badly damaged. The Catawba County Fire Marshal’s Office and Catawba County Sheriff’s Office also responded and have launched an investigation into the matter.

CCTV footage that captured the incident shows the suspect wearing a black hoodie running toward the office with a gas can in his hand. The arsonist then douses the office in a flammable liquid before standing in the middle of the room and sparking a fire. A huge fireball fills the screen, and a blaze quickly spreads throughout the office.

Meanwhile, the arsonist runs outside with his feet and lower legs covered in flames. He attempts to retrieve a burning bag of money from the ground but then sprints off with his shoes still ablaze. Deputies added that the video also captured what is believed to be a getaway vehicle waiting on the road.

Authorities are still looking for the suspect, who they said used a crowbar to break into the office.

Arson in North Carolina has been trending down in recent years, an annual report released in January found. There were 1,490 instances of arson reported to law enforcement in the state 2017. A year later, the number had dropped to 1,239, marking a nearly 17% decrease.(Edited by Carlin Becker and Matthew Hall)