It’s the second fossil ever discovered in this particular species family. 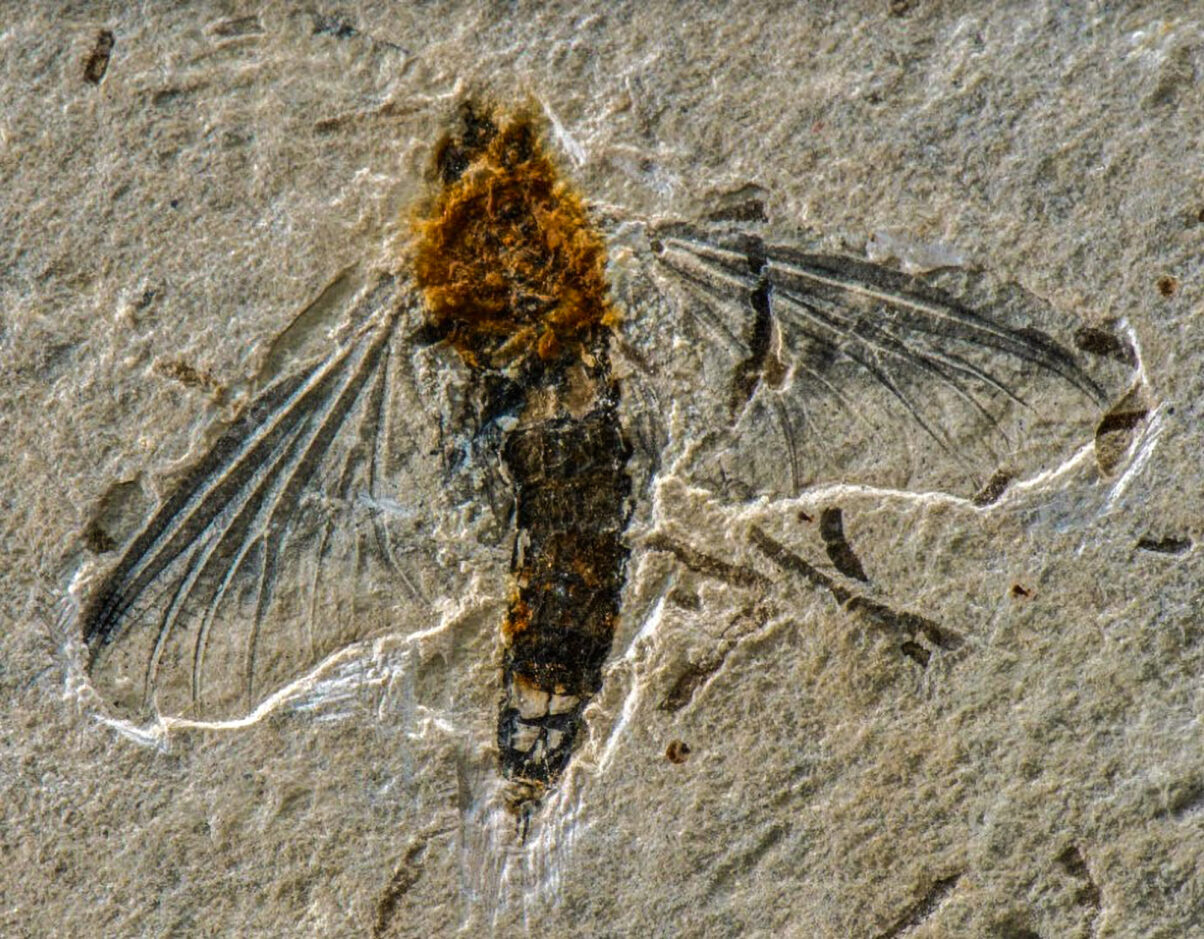 125 Million-year-old fossil, a type of mayfly found in Brazil. (Federal University of Vicosa/Newsflash)

ARARIPE BASIN, Brazil—A prehistoric mayfly thought to have a lifespan of days or minutes has managed to survive as a fossil for up to 125 million years.

The fossil they collected belongs to the order Ephemeroptera, making it a type of mayfly. During their larval stage, these flying insects are aquatic.

There are more than 3,000 species of mayfly worldwide. They are grouped into over 400 genera in 42 families.

The Brazilian paleontologists found the fossil of an adult insect they claim is a new species, genus and subfamily. The rock it was found in dates from the Early Cretaceous period, between 113 and 125 million years ago, when Africa and South America were still separating from Pangea.

The fossil has been classed as belonging to the Oligoneuriidae family of brushleg mayflies. It has been named Incogemina nubila, which means “incomplete gemination” in Latin, referring to the pattern of the veins in its wings. The term ‘”nubila” means cloudy, after the grayish color of the limestone in which the fossil was preserved.

Fossils of the order Ephemeroptera are common in the Crato Formation. However, those from the family Oligoneuriidae are rare. In fact, it is only the second fossil found in the world of an adult from this family.

“The place where the Incogemina nubila was found [means] it’s possible to plan collections in order to retrieve more fossils of this rare species,” paleontologist Taissa Radrigues said.

The team hopes the find will aid in discovering new information about how mayflies evolved.

Like their ancestors, today’s mayflies are relatively small. But present-day mayflies make a sizable contribution to the world in various ways, including a central role in the sport of fly-fishing.

“Both nymphal and adult mayflies are an important food source for economically important sportfish, such as trout and salmon,” a recent report on mayflies’ ecological and economic impacts found. “Many sport fishers are highly skilled at tying mayfly ‘flies’ as lures for use in fishing.” The more realistic the lure, the greater chance of success.