Laborers who work in gemstone mining and agriculture are most susceptible. 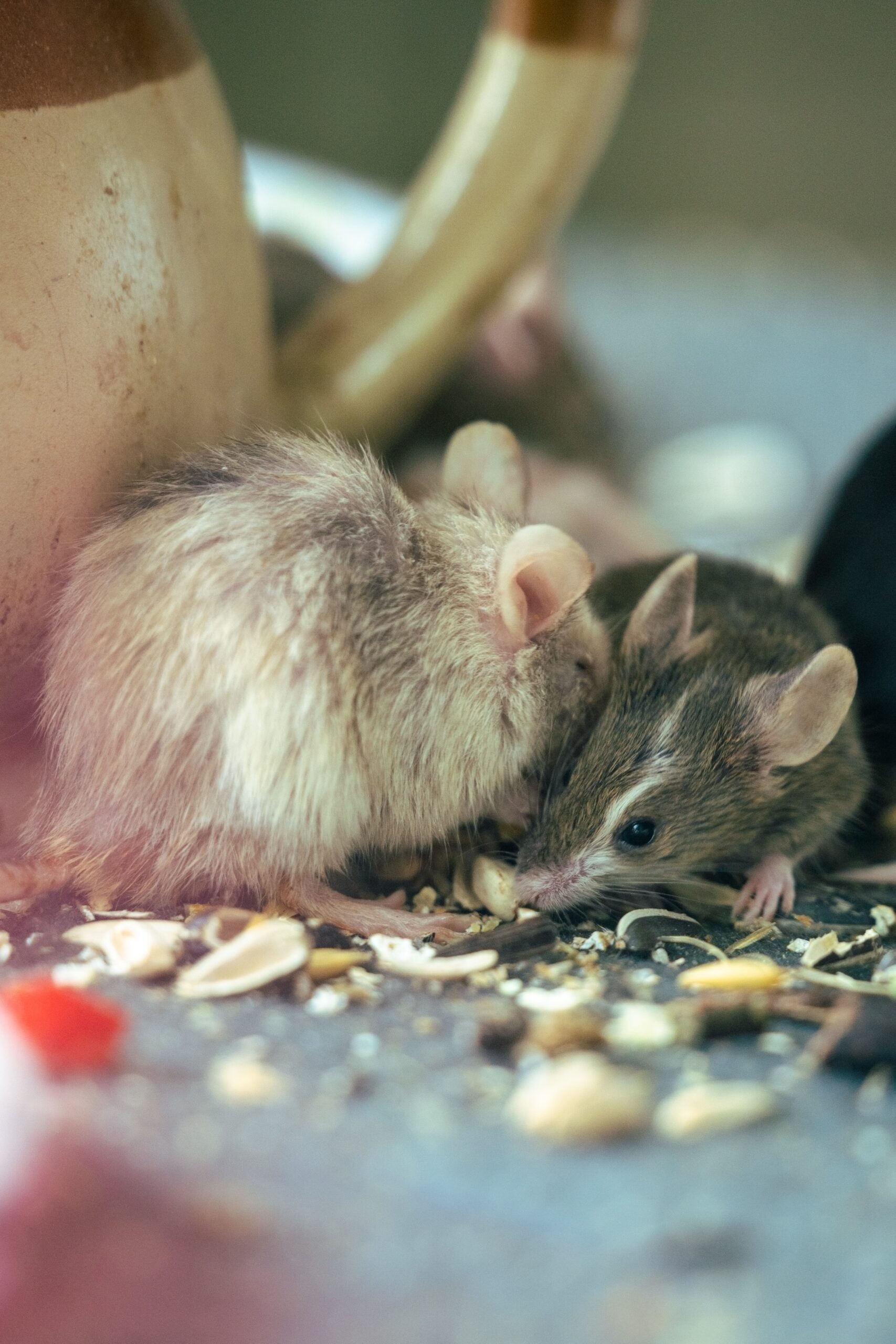 Colombo — Sri Lanka’s Ministry of Health has issued an advisory as the number of rat fever cases surges in the country.

The island nation has registered close to 7,000 cases and more than 70 deaths through September 2020, the highest in the last decade, according to the data from the Epidemiology Unit of Sri Lanka,

Ratnapura, the capital city of Sabaragamuwa province, which is known for its gem mining, recorded the highest number of cases for the fifth consecutive time this decade — 1,440 cases through September.

Leptospirosis, commonly known as rat fever, is spread through contact with water or soil contaminated by the urine of rats or other infected animals. Symptoms include vomiting, fever and headache. Antibiotics are used to clear the infection, which, left untreated, could lead to death.

“Rat fever is not a new thing in Sri Lanka, but I didn’t know it was this high in Ratnapura,” Akila Ellawala, member of the parliament from Ratnapura, told Zenger News. “I am the chairman of the District Coordinating Committee of Ratnapura. This committee should summon a meeting every month. But unfortunately, it hasn’t been able to do so because of the pandemic.”

Dr. Sudath Samaraweera, chief epidemiologist at the Ministry of Health, said rat fever is a noncommunicable and treatable disease. He said the health ministry is trying to create awareness among people who are exposed to the risk throughout the year.

“The people whose occupational requirements expose them to the risk of rat fever are encouraged to take prescribed antibiotics to prevent catching the illness. But this applies to people who are seasonal workers,” Samaraweera said.

Over the last five years, Sri Lanka has recorded over 25,000 cases of rat fever.

Ellawala said he would take the matter up with the Government Agent and the relevant authorities because the number of cases are so high. 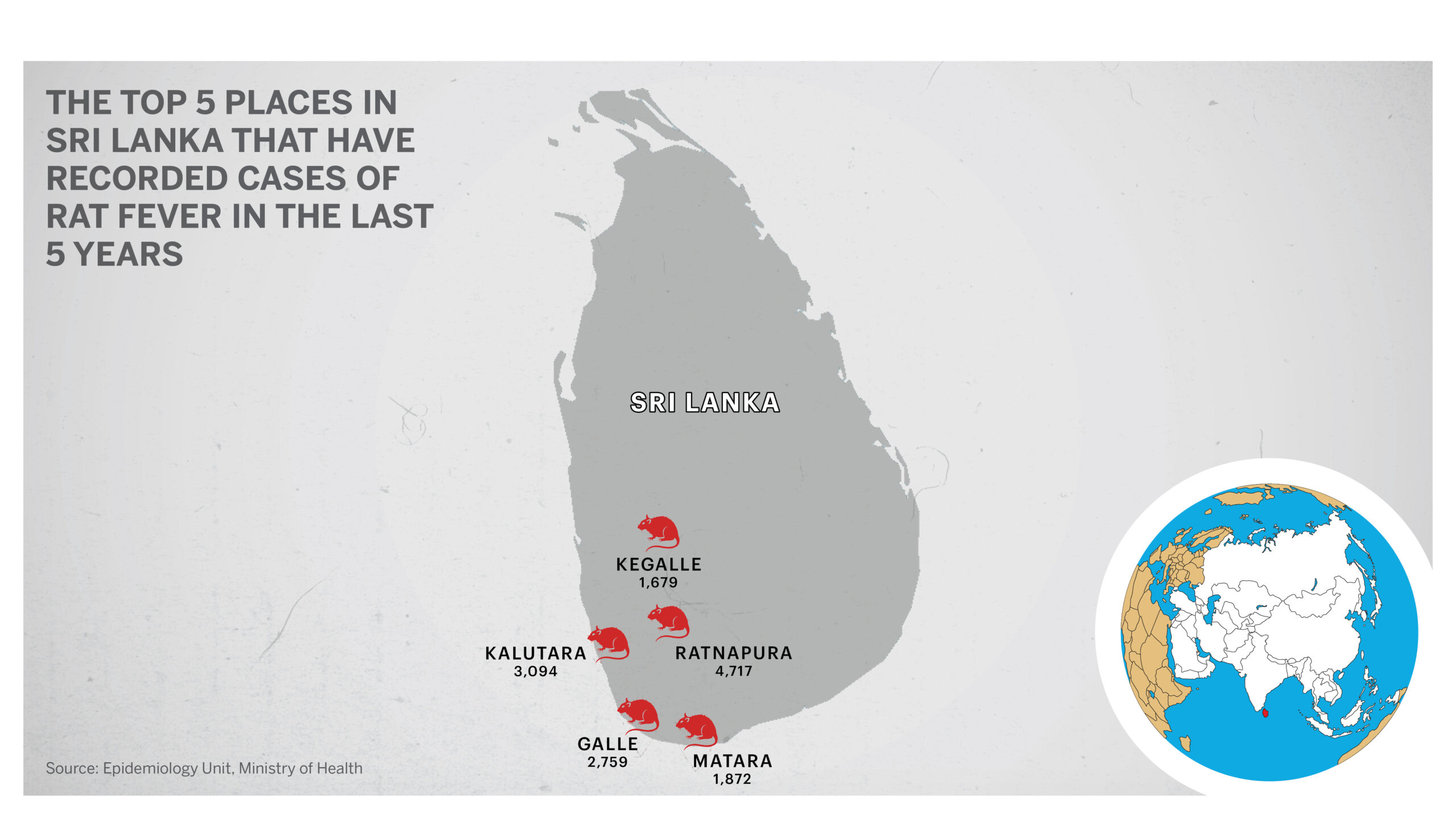 Ratnapura, 57 miles from the capital of Colombo, has large reserves of gemstones and precious minerals, including many rare gems such as the black opal. While many of the country’s magnates in the gemstone business come from this city, the local population is poverty-stricken, relying on gemstone mining and agriculture for sustenance.

The laborers, who lack the necessary resources and tools, are required to spend a long time in water pits in both mining and agriculture. They use their bare hands to fetch mud and filter it through a sifter, which leaves them at a greater risk of contracting the disease.

“No matter how much awareness is made around these infections, the villagers still prefer the traditional ways of farming, which includes carrying paddy on their heads from one place to another,” said Samaraweera.

“Some people would go to the medical centers to get treated, while others don’t. By the time they are diagnosed with rat fever, it could be too late. This explains the deaths due to the disease,” he said.

The symptoms of rat fever are similar to those of the flu, so some people tend to dismiss it as that. Municipal corporations do not always alert people who live in areas where transmission is more likely about rat fever.

“Rat fever has not been looked at with a serious eye like Covid-19. No alerts were made because it wouldn’t be effective with the crowd here,” said Dr. Rohan Amarasekara, medical officer of health, Ratnapura Municipality Council.

“Rat fever is contracted by people historically involved in working with water and mud. But, for the past four years, we have been receiving 40 percent of the patients from other professions and areas in Ratnapura where rat fever was not previously identified, said Kapila Kannangara, the provincial director of health services.

Kannangara said the spike is because people have been involved in cleaning places such as gutters and drains, which increases the risk of contracting the infection.

As health officials find themselves struggling to tackle the surge in cases, the Epidemiology Unit has intervened.

“We have not gone into active investigations on why Ratnapura has been facing such high numbers in the past. We have identified the areas of infections and are taking steps to contain the disease,” said Samaraweera.

“I don’t think we (the municipal corporation) can deal with the rats,” said Kannangara. “Controlling the infestation comes under the Veterinary Department, and that’s their job.”

Doctors say there is no uniformity in the response of the government and other departments toward different diseases. With dengue prevention, for instance, mosquito breeding grounds are targeted and destroyed, but the same is not done with rats.

“We only deal with preventive measures and people who have been exposed to the bacteria. We don’t have guidelines or leadership to do such kind of things,” said Amarasekara, the Ratnapura Council’s medical officer of health. “Using protective covers such as gloves and boots should reduce the risk of contracting rat fever, but it is practically not possible because of the unavailability of resources.”

Anuradhapura, Kegalle, Kalutara and Polonnaruwa are the other districts that have been severely affected by the disease.