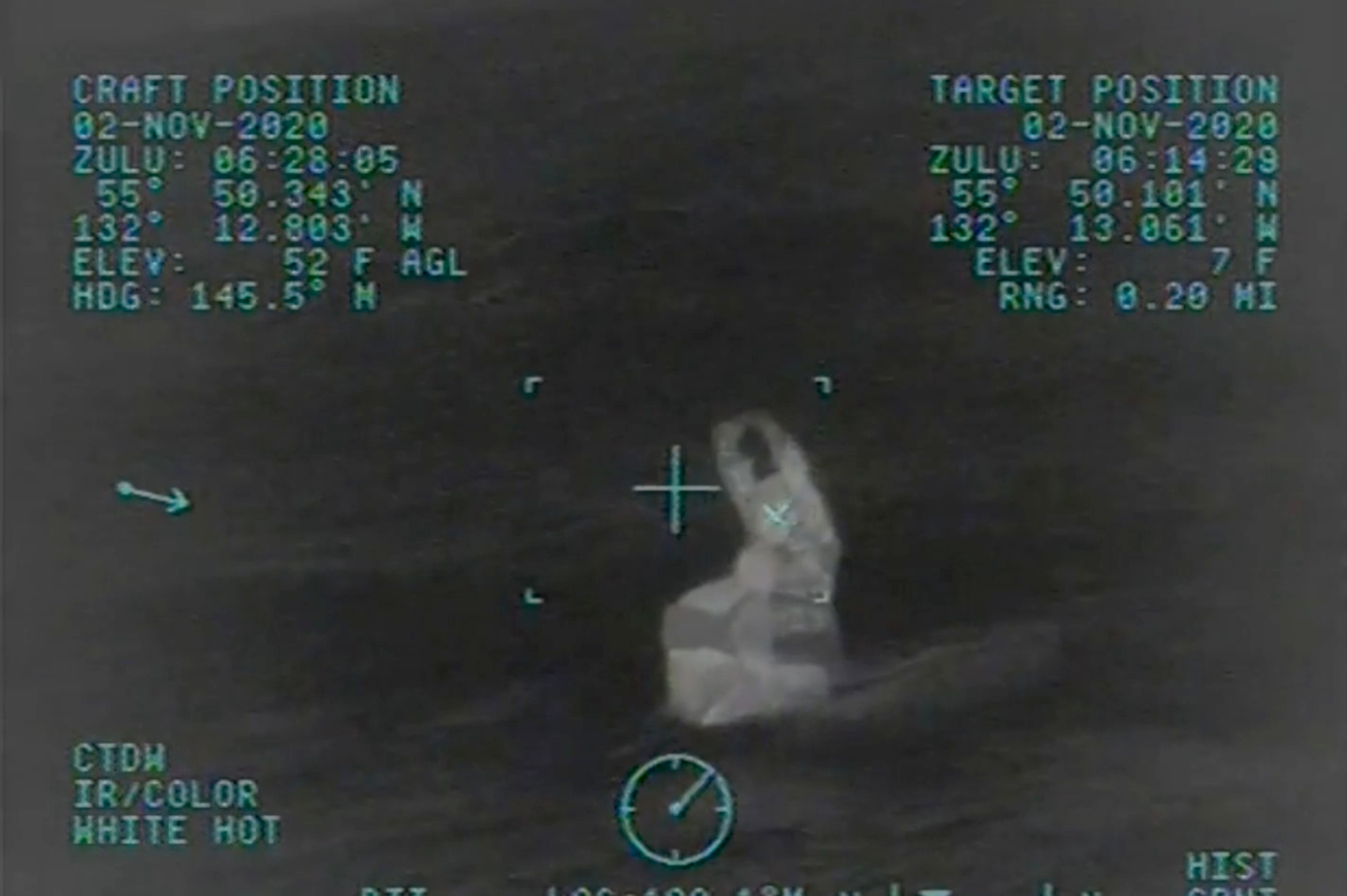 The operation was carried out by a Coast Guard Air Station Sitka MH-60 Jayhawk helicopter crew, in Union Bay, Alaska, on Nov. 1.

The video, recorded from the helicopter camera, shows a man struggling to stay afloat, rowing with a piece of wood. The guards quickly responded to the critical situation.

A guard with neoprene swimming gear is deployed from the helicopter. He swims toward the stranded man and indicates how the rescue will proceed.

After releasing the debris, the survivor, weakened from the exertion in harsh conditions, is pulled by the guard. Then he is tied onto a rope with the rescuer and hoisted to the helicopter.

“What saved this man’s life was his essential survival equipment,” said Lt. Justin Neal, a helicopter pilot from Air Station Sitka in a Coast Guard news release. “He had an Emergency Position Indicating Radio Beacon (EPIRB) registered in his name that allowed us to find him quickly, and his survival suit kept him warm long enough for us to rescue him.”

It is not known how the man, who the guard said is 70, ended up in the water.

While helicopter rescues are often dramatic, they can also be dangerous, as this Zenger News item from earlier this year illustrates.