Bar Hopping? Try The Hair Of The Robo Dog 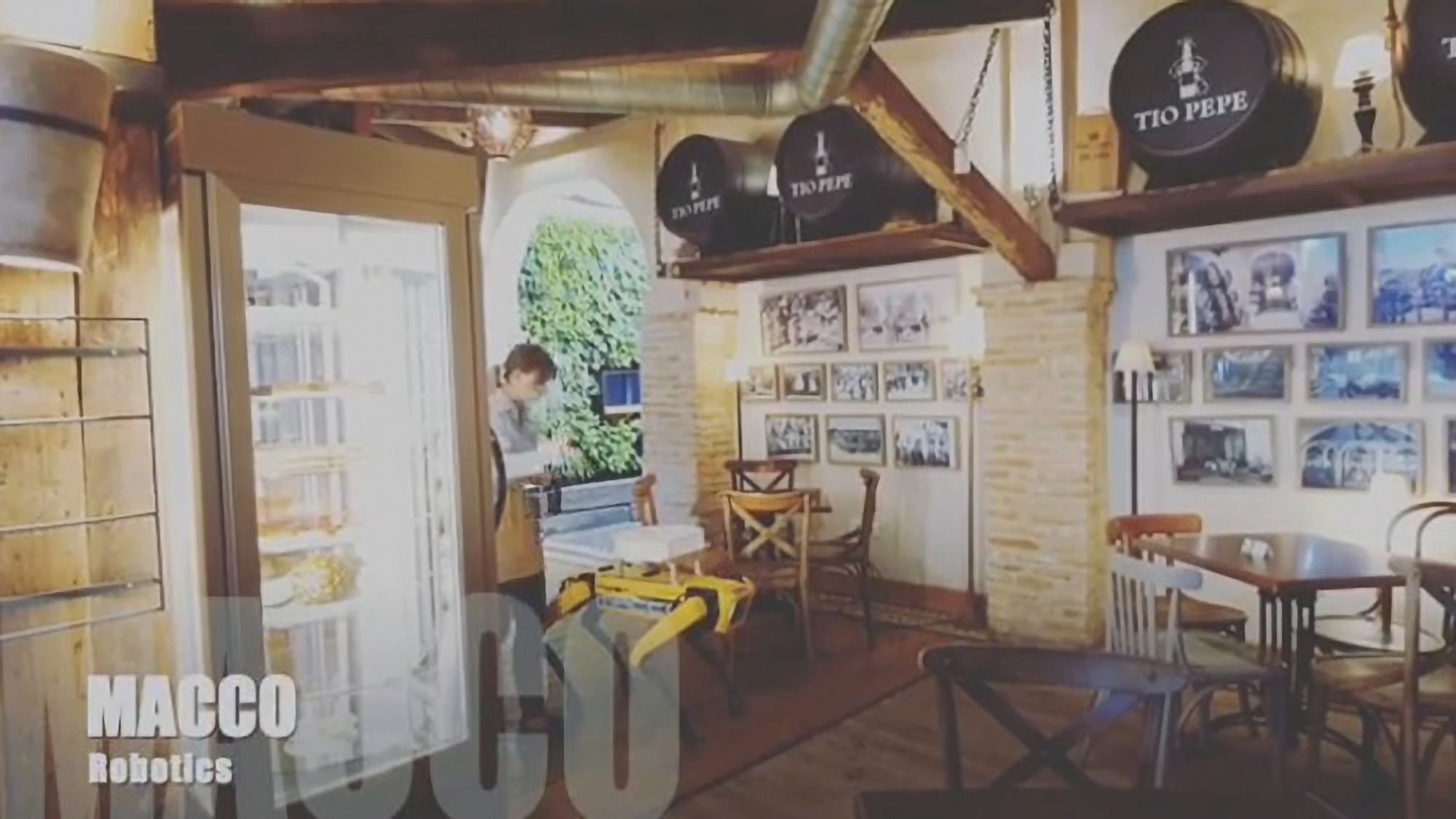 SEVILLE, Spain—A robotic dog serves drinks to customers at a bar in Seville, Spain, in a test is to see how successfully it interacts with humans.

The robotic dog, created by Macco Robotics, walks to clients sitting in outdoor terraces as curious locals watch. Others filmed the experience Oct 31. At one point in the footage, the robot engages in various maneuvers to accomplish its mission.

The company is studying the dog’s interaction with people as it serves drinks, but is also determining how well the metallic canine performs additional jobs, said Macco Robotics CEO Victor Martin.

Due to the pandemic, the robot has been tested disinfecting schools and sports facilities. It’s also able to offer surveillance in streets

“It has a vision system that allows the robot to watch over curfew hours. Every time it detects a person, it will be able to identify them if they are a civilian — and send a message to police,” Martin said.

One advantage a robotic dog has over wheeled robots: Its legs manage uneven ground better.

The company currently has two functional robots, both seen in the video. They have a battery life of two hours, but only take one to fully charge.

Martin said they are working to produce new services for various businesses. Another possible use for the robotic dog is as a delivery person.

Macco Robotics, which already offers KIME, a Humanoid bar-tending kiosk, is working on a system whereby people who work in the area, dominated by tech companies, can place orders in nearby shops and the robotic dog will autonomously collect and deliver them.

However intriguing the robotic dog proposal is, there is a caveat: its price tag. At $95,000, it’s not yet a viable option for many companies. A potential monthly leasing contract could run $3,500 a month.