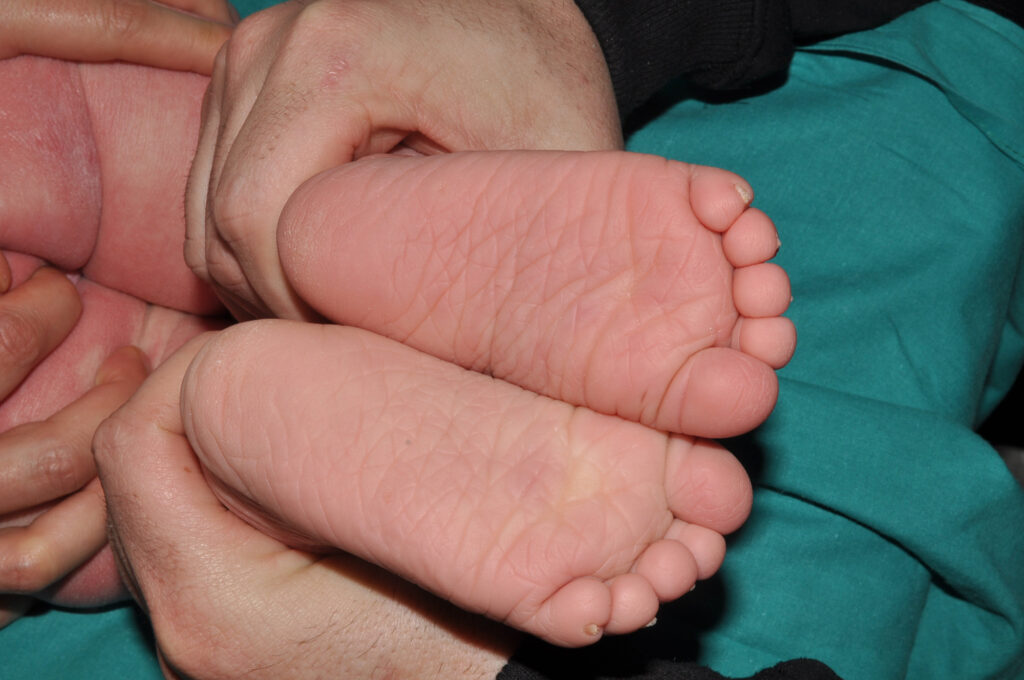 Doctors in Spain have found a life changing treatment for a 9-month old baby girl with a rare, incurable skin disorder. (RealPress)

MADRID —Doctors in Spain have found a life-changing treatment for a 9-month-old baby suffering from a rare, incurable disease that caused her to have thick, dry skin.

The baby girl, whose name was not disclosed, was born earlier this year at Nino Jesus Hospital in Madrid weighing 4 kilograms (8.8 pounds), which is a slightly above average for a newborn.

However, over time, her weight dwindled to half of what is expected in babies her age, which meant she is considered severely malnourished with a risk of death, according to the World Health Organization.

The child suffers from ichthyosis,  a rare incurable skin disease that produces thick scaly skin, with varying degrees of symptoms or areas of the body affected, leading to serious discomfort and increasing the chance of infection.

The condition kept the baby from feeding or sleeping properly.

One of the doctors treating her, Rafael Correa, said in a press statement obtained by Zenger News, that the patient was missing an important protein in charge of maintaining her skin’s structure..

He added  her skin was “unstructured” and though the genetic mutation cannot be helped, the inflammation process caused by the disease could be treated to reduce the symptoms.

Doctors studied 150 different variables and used a mathematical algorithm to compare them with healthy children.

They found the patient had two cells linked to the inflammation. They applied a medicine used to treat psoriasis in adults, which is also directed at the altered cells causing the baby’s symptoms and subsequent malnourishment.

The patient has since gained enough weight to be considered average and her symptoms have almost disappeared, giving hope to others suffering from the illness.

However, she has not been cured and will require periodic injections of the treatment. Doctors hope her immune system will adapt to the medication over time.

“We should encourage doctors to take initiative and find solutions to give patients their daily routine back,” Jose Maria Soria de Francisco, president of the Spanish Association for Ichthyosis (SAI) told Zenger.

He explained  there are 36 types of ichthyosis, each with its own properties. Using the findings from this case, scientists could offer individual treatments to among the 300 people reportedly suffering from it in Spain. Statistics on how many such cases there are on a global scale were not immediately available.

Most patients suffering from ichthyosis need to spend about two hours daily applying cream-based skin treatments to relieve their symptoms. The medicine can cost 250-500 euros (roughly $300-$585) monthly, and it’s not covered by the Spanish health-care system.