Village women have taken the lead in giving a new lease of life to aquifers and mountain springs in Almora, Uttarakhand. 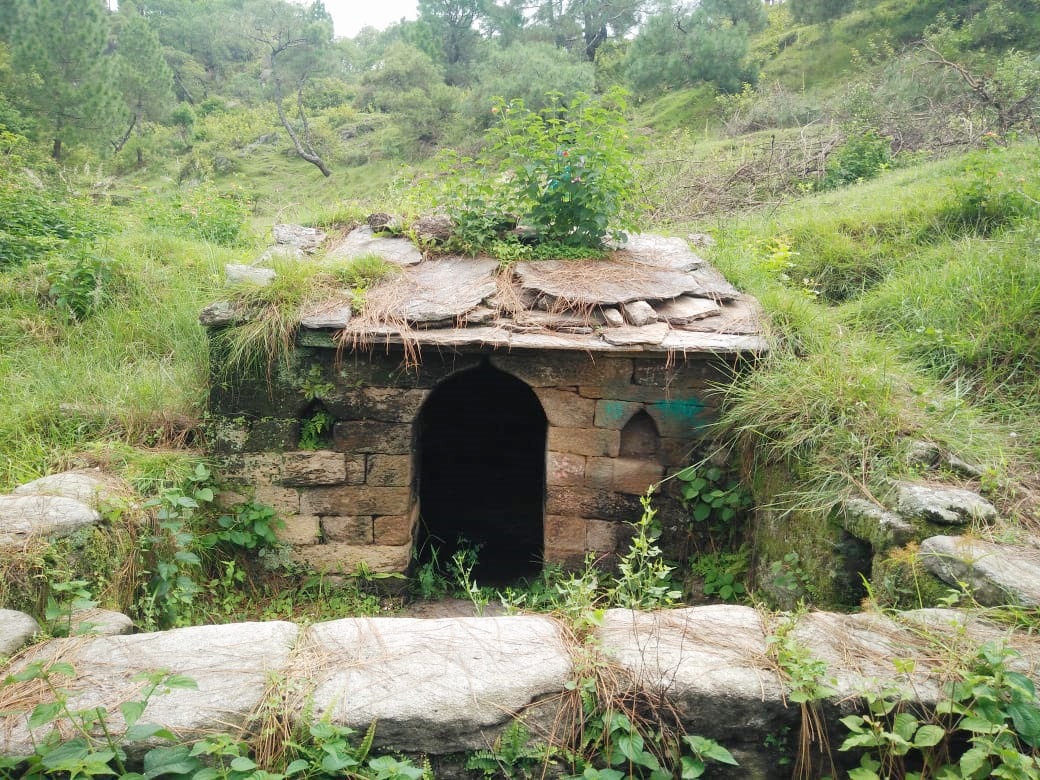 Maya Verma, a resident of Chanoli village in Uttarakhand’s Almora district, is a water champion who has helped revive naulas and dharas, traditional Himalayan water sources, in 15 villages of Almora.

Since October 2017, because of the efforts of Verma and her fellow village women, the revived naulas now have water in them throughout the year. Earlier, they would go dry in the summers. While naulas are found in the mid-Himalayan elevations, dharas mostly occur in the upper Himalayas, just below the snow line.

The rejuvenation of Himalayan springs like naulas and dharas has turned around the fortunes of women who used to spend hours fetching water for household chores.

Considered architectural marvels with intricate designs carved on stone, naulas or depression aquifers, resemble little houses with roofs, with a short flight of steps to enable village women to reach the water source housed below. Naulas are found in every village. Their opening is narrow to prevent cattle from making the water dirty.

On the other hand, dharas have water flowing out of them perennially, like a fountain.

“A dhara comes out of an opening in the mountains and can be seasonal too. Sometimes, tanks are constructed at dharas to collect water,” said Sheeba Sen, the founder of social organisation Alaap based in Nainital which is engaged in afforestation and regeneration of Himalayan ecosystems.

“Things have changed for the better after community sensitization on the revival of these traditional mountain water sources,” said Bina Joshi from Baigania village. “Now, women in my village spend just 10-15 minutes every day fetching water. Earlier, much of our work used to remain unfinished, and we would spend hours in getting water,” Joshi said.

The condition of the naulas and dharas had worsened over the years due to community neglect and mismanagement.

Revival was not easy either. There was a long process involved, starting from selecting the villages in Almora that are facing water scarcity to surveying the condition of the water sources, which needed immediate attention.

As part of sensitization, women water user groups were formed in every village. Awareness drives were conducted through community meetings and street plays.

“After we spread the message, local communities became aware about the importance of the revival of naulas and dharas,” said Verma. “In most villages of Almora, women are leading the revival work, as they are the ones who fetch water. Some 40-45 women are involved in Chanoli as well in other villages,” said Verma.

The work did not stop only at revival. Women carried out cleaning and beautification of the naulas and dharas through the plantation of saplings of broad-leaved tree species to help recharge the groundwater.

Trenches, locally called chal khal, were dug on hill tops to collect rainwater. Washing of clothes near naulas and dharas was forbidden and every household had to bear a small collection fee for maintenance.

Verma added that the women worked on a number of naulas, some of these even catering to two-three villages at a time.

Effects of climate change in the Himalayas

In the Himalayas, 80-90 percent of the domestic water requirement is met by these traditional water sources. So, the revival of subsurface water expressions like naulas and dharas is important for communities to sustain themselves.

Over the years, several reasons have led to their complete drying up or deterioration leading to reduced water flow, climate change being the most important factor.

Earthquakes which are common in the Himalayas have also closed some existing sources. According to the policy think tank of the Government of India, NITI Aayog, there are five million springs across India, out of which three million are found in the Indian Himalayan Region, spanning 10 hill states, including Uttarakhand.

Debasish Sen, the director of the Dehradun-based non-profit People’s Science Institute (PSI), said springs are drying up either due to climate change or anthropogenic activities like road development, hydropower projects, deforestation and mining, but Sen blames climate change as the main culprit.

“These days, we experience high-intensity and low-duration rainfall which leads to a lot of water run-offs,” he added.

Himanshu Kulkarni, the executive director of Pune-based ACWADAM (Advanced Center for Water Resources Development and Management) said a lot of effort is being made for the systematic revival of springs to reduce distress to local communities.

Naveen Chandra Joshi, who works at the Wildlife Institute of India, pointed out that climate change is affecting both biodiversity and water availability in the Himalayas, but piped water supply is also responsible.

“Once the government started piped water supply, no one wanted to care about naulas and dharas that are traditionally tended by the community. But if we forget our traditional practices, we will witness severe water scarcity in the future.”

There are 16,000 naulas in the entire Himalayas, according to Bishan Singh, who runs non-profit Naula foundation, which works in Nainital and Almora. Besides water supply, naulas anddharas also hold great cultural significance in Uttarakhand and are revered as temples.

Naveen Chandra Joshi explained that when brides come to their in-laws’ house for the first time after the wedding, they are taken to naulas. Many naulas are adorned with photos of Vishnu, one of three most important gods in Hinduism.

So women like Uma Verma from Chanoli, who started working with Maya Verma in 2018, know the importance of these water sources.

“The traditional wisdom of the elderly people in our community helped us as they recounted the history of naulas and dharas; the amount of water found in them originally; the reasons behind the decline in water level; and tree species found in the recharge zones.”

Bina Joshi pointed out that earlier, communities used to care for naulas and dharas. But after the pipelines came and houses got tap water supply, people stopped going to naulas and dharas to fetch water.

“But, after pipelines got damaged in the 2013 floods, people started visiting these traditional sources once again,” said Joshi. “Most of us prefer fetching water from naulas and dharas as pipelines cannot be relied upon.”

Badrish Mehra, the executive director of rural development organisation Chirag, based in Uttarakhand, said that apart from serving the water needs of the Himalayan communities, springs are the major source of north Indian rivers like the Ganges.

“Precipitation over the last century has reduced by 12-17 percent in the eastern part of Uttarakhand. But at the same time, water demand has increased. It is a dismal situation. If these sources dry up, the rivers will not have water either,” he added.

Singh said mountain water comes from twin sources: glaciers and springs. In Uttarakhand, 58 percent of the water in rivers consists of spring water and 42 percent is glacial water.

“In the mountains, ground water is available in isolated pockets. We started mindless groundwater extraction but forgot to recharge. We built check dams and taps in homes for water distribution, but did not do anything to save the springs for a long time,” he added.

Taking into account the importance of springs, even the state government has swung into action.

Manuj Goyal, chief development officer, Almora, said through the Kosi river rejuvenation work, new approaches in river rejuvenation, water conservation and plantation through GIS mapping are on. Naulas and dharas ultimately merge with rivers. So, if they are rejuvenated, only then our rivers will be revived. The revival work is going on for two years, Goyal added.

However, community involvement is vital as they are the custodians of water.

Roshan Rathod from PSI, who works on gender equity and water security, said the idea is to recharge these springs with the help of communities to increase water supply.

“We are extending support and capacity development by incorporating new scientific techniques and at the same time taking into account traditional wisdom,” Rathod added.

In Almora, 150 springs have been inventoried. Out of these, PSI decided to work on 40. About 20 springs had treatment works done to them and monitoring shows that there has been a rise in the discharge of water.