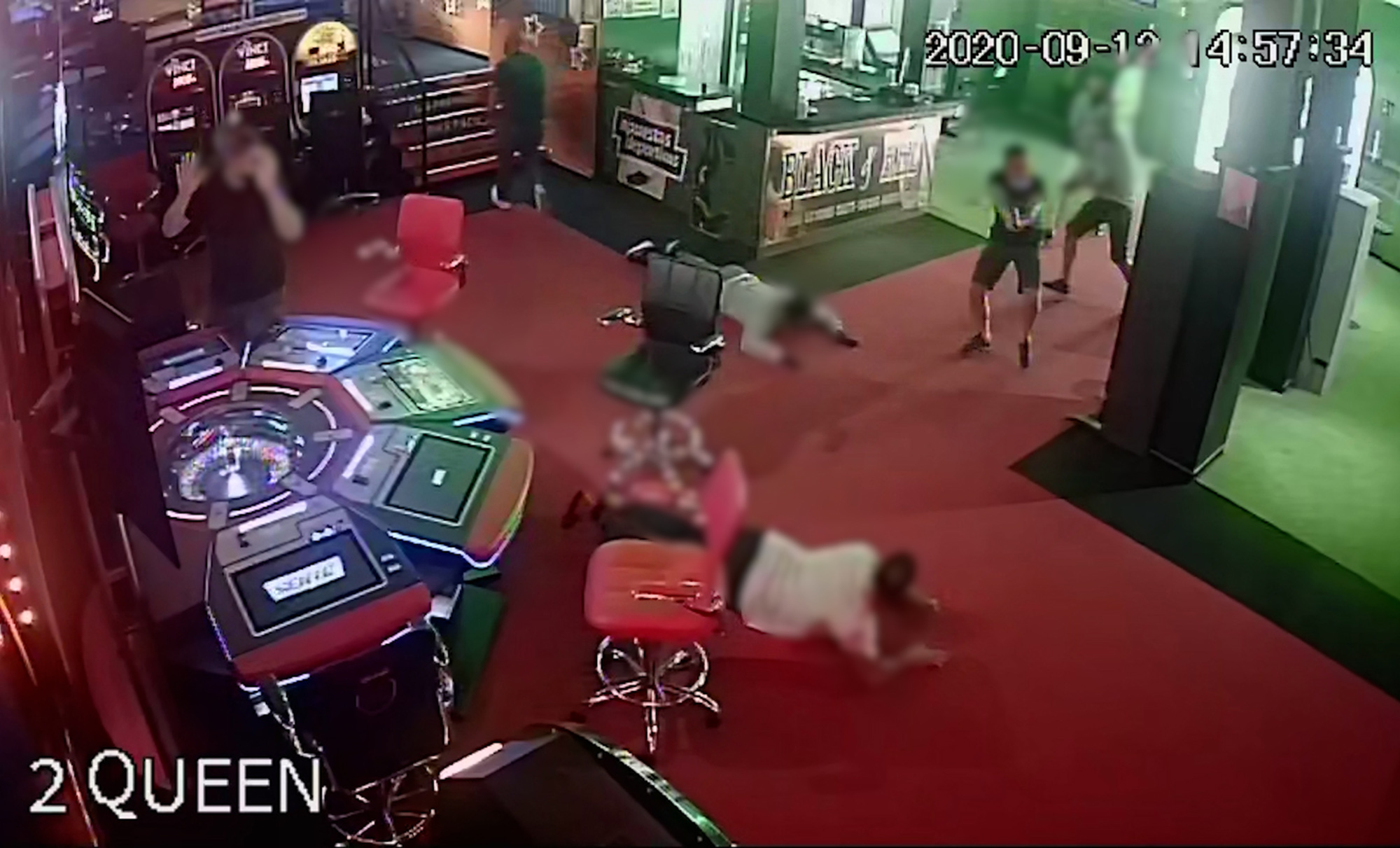 Four robbers armed with fake guns were recently arrested after police caught them in the act. Pictured is the moment of the attempted robbery at a mini casino in Arona, Spain. (Newsflash)

ARONA, Spain—Four robbers armed with fake guns were recently arrested after police on Tenerife in the Canary Islands caught them in the act at a mini-casino.

The criminals tried to rob a mini-casino in the municipality of Arona on the island of Tenerife in September, the Spanish Civil Guard Command of Santa Cruz de Tenerife told Zenger News on Nov. 2.

Police began investigating the group in August, after they robbed a bank branch in a nearby town. Officers were later able to trace their vehicle and waited within the vicinity of the mini-casino until they were able to catch the suspects red-handed.

Recently released security camera footage of the attempted heist shows three men enter the mini-casino while a fourth waits outside. One of them approaches clients playing roulette, pointing a fake gun at them and telling them to sit down. Meanwhile, the other two rob a cash register and hit a slot machine with a rock.

However, about a half-dozen plainclothes police officers storm the establishment midway through the robbery. One robber immediately surrenders, but two others dash for an alternative exit without success and get trapped in another room, where they are arrested. The man who was waiting outside also tried to flee, but was arrested.

Two simulated short weapons with characteristics very similar to real firearms were recovered from the scene. Subsequent searches of the suspects’ homes resulted in a seizure of objects and garments used by the group members.

After further investigation, a fifth member was arrested for providing the simulated firearms to the perpetrators, and a sixth person was arrested for renting the escape vehicles. Thanks to an analysis of clothing items, authorities were also able to trace the perpetrators to four other robberies on the island, including a supermarket and three other mini-casinos.

Officers from the Civil Guard Command of Santa Cruz de Tenerife made seven other arrests in July in their efforts to dismantle criminal groups dedicated to committing robberies with violence in public establishments.