The policy promotes electric buses and two- and three-wheelers, but does not include the country’s 3 million automobiles. 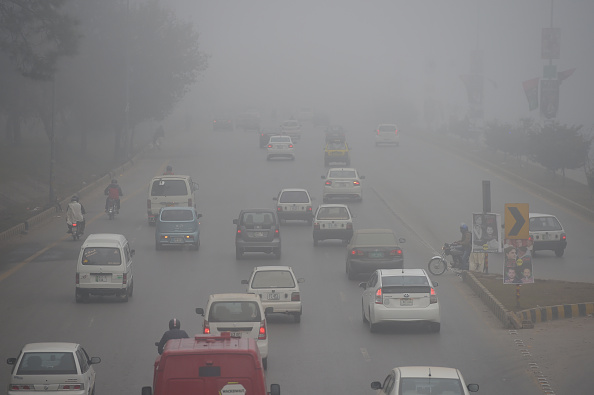 Islamabad — In a bid to reduce rising levels of pollution and help mitigate negative effects of climate change, Pakistan has approved a national electric vehicle policy with tax incentives to encourage the manufacture of EVs and get more of them on the roads.

While the policy is touted as an environmental initiative and promotes electric buses and two- and three-wheelers, some 3 million registered automobiles in the country — which contribute greatly to air pollution — are not included.

“One of the major objectives of policy include reduction of emissions; however, no vehicle retirement policy is in place in Pakistan and older vehicles in car, bus and truck segment are source of emissions. Coordinated efforts by concerned departments are required for achievement of objectives on sustainable basis,” the policy as drafted in June states.

On Nov. 3 the Cabinet approved the National Electric Vehicle Policy, citing the “potential to jump start a whole new industry in Pakistan, creating numerous green businesses and employment opportunities and improving the overall socio-economic situation of the country.”

In preparing for the first EVs on Islamabad’s roads later this year, Minister for Science and Technology Fawad Chaudhry said on Oct. 28 that EV chargers will be available on motorways in the next six months, with Karachi and Lahore soon to follow,

Under the policy, about half a million electric motorcycles and rickshaws, as well as 100,000 electric cars, buses and trucks, are expected to hit Pakistan’s roads by 2025. It also aims to have at least 30 percent of all vehicles running on electricity in the next 10 years.

The country has about 20 million motorcycles and motorized rickshaws on the roads now, according to the Pakistan Bureau of Statistics.

“Pakistan is one of the biggest motorcycle markets in the world after China, India, Indonesia and Vietnam. The number will increase, but the electric vehicle policy of the government will help big time to decrease pollution,” said Sabir Sheikh, chairman of the Association of Pakistan Motorcycle Assemblers.

Sheikh said manufacturers of motorcycles and rickshaws in Pakistan have been waiting for the “electric revolution” for quite some time.

The new policy also offers incentives such as a reduction in the goods and services tax from 17 percent for conventional vehicles to 1 percent for electric vehicles, lower electricity tariffs, and an import duty of 1 percent for charging equipment.

Pakistan is recognized as one of the countries most affected by climate change, and its transport sector contributes more than 40 percent to the country’s air pollution. Further, Pakistan ranked as the second most polluted out of 98 countries in the world in 2019, according to World Air Quality Report.

Despite its stated goal of improving the environment, the new EV policy has drawn criticism, particularly from those who believe the government has not gone full-throttle on the policy because of pressure from the automobile industry.

The major point of contention is over four-wheelers, the most commonly used form of transport apart from buses and trucks.

“It is clear they have lobbied to stop cars from being included in this EV policy,” said Shaukat Qureshi, general secretary of the Pakistan Electric Vehicles and Parts Manufacturers and Traders Association (PEVPMTA). “The government succumbed to the strong-arm tactics of the automobile industry. The dilemma is these automakers are only thinking about the years of investment they have put into their operations for fossil-fueled powered vehicles in Pakistan.”

A year ago, Pakistan’s Ministry of Climate Change recommended that four-wheelers to be included in the policy. However, that motion was delayed after the Ministry of Industries raised concerns over the effect it would have on attracting investment in the automobile sector. A revised plan was then passed by the Commerce Ministry, with four-wheelers included after consultation with all stakeholders.

Qureshi said the EV association was part of the stakeholder meetings and consultations with the government. “We even conducted research and analysis across the country to help them shape the policy. It is beyond us how the government turned a blind eye to our recommendations [to include automobiles],” he said.

The policy that was ultimately approved omits four-wheelers in the first stage, and has drawn heavy criticism.

Ahmad Rafay Alam, a Lahore-based environmental lawyer, said automobile companies have “effectively stymied an ambitious vision to transform the country into a regional hub for the manufacture of electric vehicles.”

Alam questioned the Ministry of Industries’ move to not include four-wheelers once a consensus was reached with stakeholders, including the Association of Pakistan Motorcycle Assemblers and PEVPMTA.

“The real spoiler is not adding them into the mix owing to the charging infrastructure needed in parallel to the policy. To put a combustion engine together involves employing tens of thousands of people. These large organizations came together as they felt threatened by the electric vehicles that could be manufactured at a cost that pales in comparison,” he said.

While vehicle emissions are a major contributor to air pollution, the introduction of EVs — even on a limited scale at this stage — will be an improvement, Alam acknowledged, particularly with electric trucks and buses.

Meanwhile, Pakistan has agreements with various private sector players to shore up its EV sector.

In August, a strategic alliance agreement was signed between Daewoo Express and China’s Skywell Automobile, under which the latter will invest $50 million to launch electric buses in Pakistan this year and set up an electric vehicle supply chain.

Some observers suggest that Pakistan can learn about potential challenges from other countries, including China, that have implemented EV policies.

“Pakistan should take note of the immediate drop in sales when EV incentives were cut in 2019 in China. Pakistan’s EV policy implementation should consider more gradual changes to any incentive level modifications,” according to a July study by the National Renewable Energy Laboratory.

Pakistan, like the U.S. and China, has an exemption for registration of e-bikes of 35 cc or less under the new policy. Small two-wheelers can be granted access to bicycle lanes, seen as an incentive to spur sales of 2-wheeler EVs in congested areas.

“Pakistan may consider focusing on reducing capital costs for new e-bikes as well as lower costs for conversion of existing ones,” the study states.