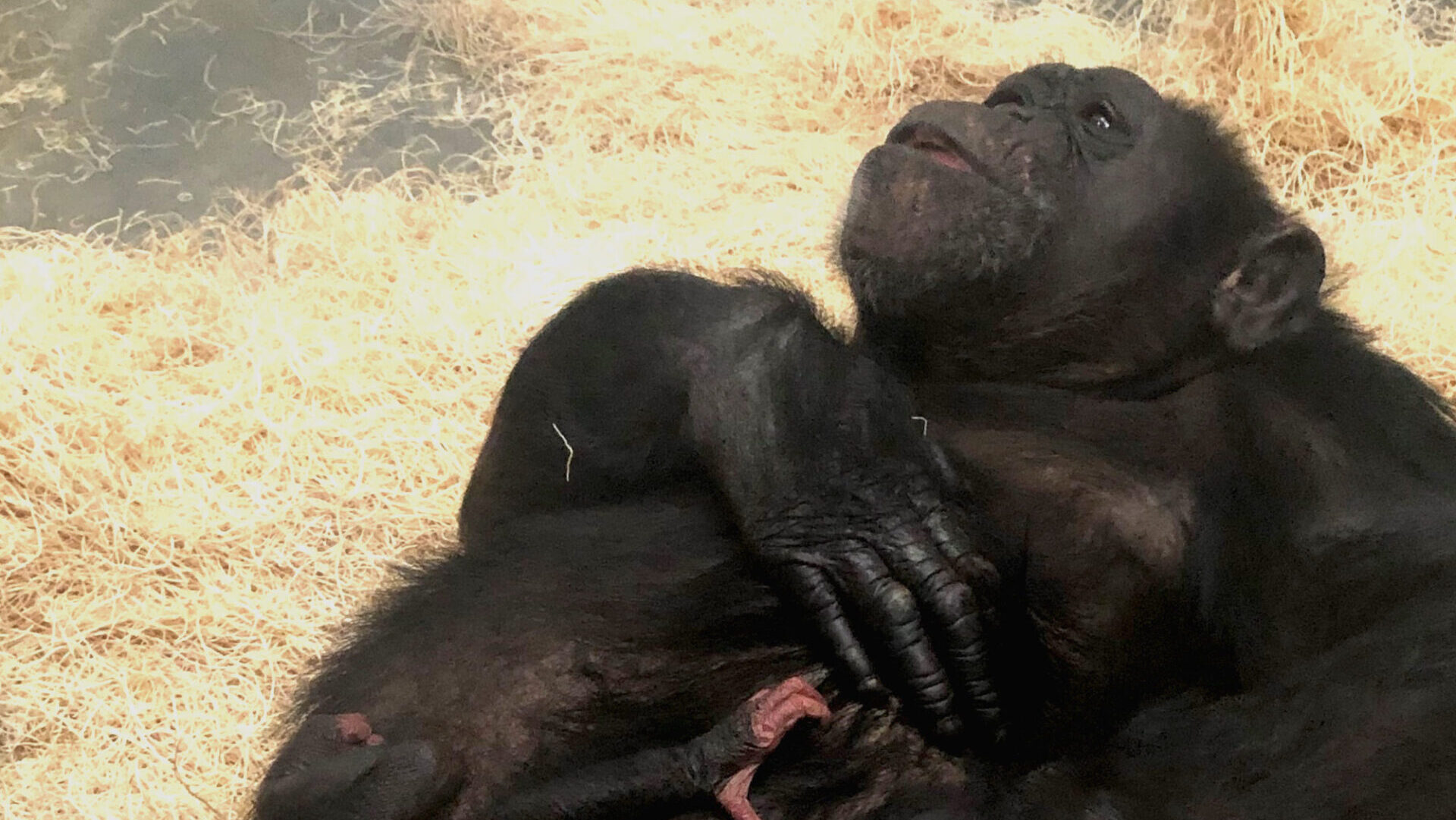 A Missouri Zoo is celebrating the arrival of a newborn female chimpanzee. (Clipzilla, RealPress)

ST. LOUIS—A Missouri zoo is celebrating the arrival of a newborn female chimpanzee.

Nineteen-year-old chimpanzee Utamu gave birth to a yet-to-be-named daughter at the Jungle of the Apes in the St. Louis Zoo on Oct. 28. The zoo revealed the baby’s gender the next day by sharing a video on social media of the newborn being taken care of by her mother.

The pair, who are both doing well, will stay in a private maternity area used for apes so they can continue to bond for a few weeks. The zoo has not yet announced plans for a public debut for the duo.

Utamu and her mother, Rosebud, came to the St. Louis Zoo from Zoo Miami (formerly known as Miami Metrozoo) in 2007. The chimpanzee had previously given birth in September 2019 to another baby, her first, which died shortly after.

Kijana, a 28-year-old male, is presumed to be the father of the newborn female. Because there are other males at the zoo, however, a blood test will be conducted when the baby is older to verify paternity.

Chimpanzees, native to the forests of central and western Africa, are endangered, and populations are perilously low due to deforestation, disease and illegally sold chimpanzee meat. More than a million once roamed Africa, but just 172,700 to 299,700 are believed to live today. Some estimates have indicated numbers could be as low as 150,000.

The animals are highly social and belong to communities consisting of 15 to 150 members, with whom they communicate via sounds, body language and facial expressions. They are active for most of the day, using tools such as sticks, stones and leaves to find and eat food. They primarily eat fruits, but also chow down on leaves, seeds, flowers, honey, insects, eggs, birds and small mammals.

Chimpanzees are also the closest living relative of humans, sharing about 98% of our genes.

«Previous Post
Brazilian Sloths Hang Out in City Square»Next Post
Haunted India: Ghosts of the Raj Live on Despite 70 Years of Independence