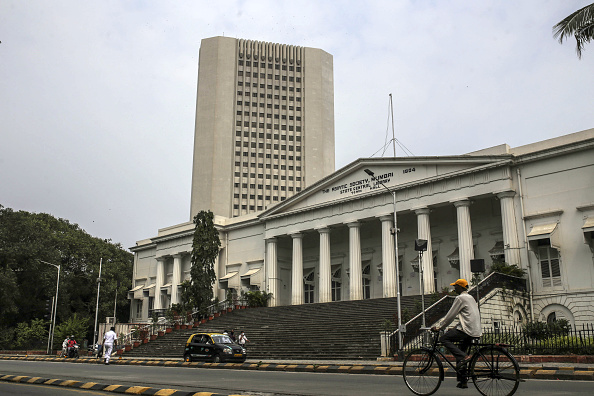 Tamil Nadu — The central bank of India has updated its co-lending model to allow for collaboration by banks and non-banking financial companies (NBFCs) on loans to the priority sector.

Also under this scheme, banks are permitted to co-lend with housing finance companies (HFCs), based on a prior agreement.

The Reserve Bank of India’s (RBI) circular published on Nov. 5 states that “to better leverage the respective comparative advantages of the banks and NBFCs in a collaborative effort, it has been decided to provide greater operational flexibility to the lending institutions&mldr; .”

The primary focus of the revised scheme, referred to as the Co-Lending Model (CLM), the central bank’s circular states, “is to improve the flow of credit to the unserved and underserved sector of the economy and make available funds to the ultimate beneficiary at an affordable cost.”

It further states that banks are permitted to co-lend with all registered NBFCs (including HFCs) based on a prior agreement.

“This circular provides banks and NBFCs the flexibility to decide on interest rates on a mutually agreed basis vis-à-vis a blended rate framework indicated previously. This would offer operational ease,” said A.M. Karthik, head of the Financial Sector at Investment Information and Credit Rating Agency.

All of the co-lending transactions between banks and NBFCs related to the co-lending model will be routed through an escrow account with the bank in order to avoid inter-mingling of funds. NBFCs will be the sole point of contact for the customers and will enter the loan agreement with the borrowers.

Co-lending is seen as a positive for NBFCs, allowing these financial institutions to use the bank’s name as leverage. An October 2019 report by PwC, states that the model will also allow NBFCs to diversify their asset base.

The circular comes after India’s central bank revised guidelines for priority sector lending in September to include renewable energy and entrepreneurship for priority lending.

Bank financing to startups (up to INR 50 crores – $6 million); loans to farmers for installing solar power plants for agriculture purposes; and loans for setting up compressed bio gas plants were added to the categories eligible under the priority sector.

The guidelines are now applicable to small banks, primary urban cooperative banks and regional rural banks as well to help provide credit to rural areas. The increased flexibility in lending also applies to Indian banks and foreign banks with more than 20 branches in the country. Foreign banks with fewer than 20 branches cannot participate in co-lending to priority sectors. This exclusion, analysts say, is because foreign banks are less likely to have branches in rural areas. The circular’s guidelines are is mainly intended to provide funding options for medium and small-scale enterprises in such areas.

In its circular, the central bank states that the co-lending model is meant to reach industries in crucial sectors and underserved sectors of the Indian economy.

Sonam Chandwani, managing partner at KS Legal & Associates, said that with the reach of NBFCs and the bank funds available, the model will help boost the economy.

“NBFCs want to lend to many businesses but do not always have big amounts. On the other hand, banks can lend but may not have the reach to these sectors.  With 20 percent in their books, NBFCs would get to lend to more businesses,” Chandwani said.

Sunil Kanoria, vice chairman of Srei Infrastructure Finance Ltd. based in Kolkata, said the circular will enable his firm to lend more using the co-lending method.

“Earlier, when we got into a co-lending agreement, we would disburse the 20 percent &mldr; but banks, especially public sector banks, would delay in disbursing their share. This caused operational difficulties. Now, we can disburse it, and reimbursement is an option,” Kanoria said.

As per norms, NBFCs need to have at least 20 percent of the individual loans on their books. An advantage to banks is that they can show this as part of their target of lending to priority sectors.

Analysis by the RBI states that between financial years 2013-14 and 2017-18, the number of foreign banks operating in India has declined as they downsized due to lack of business in India.