The suspension of Ant Group’s stock listing by China points to an increase in supervision by regulators.
By Namrata Acharya November 6, 2020
Facebook
Twitter
Linkedin
Email 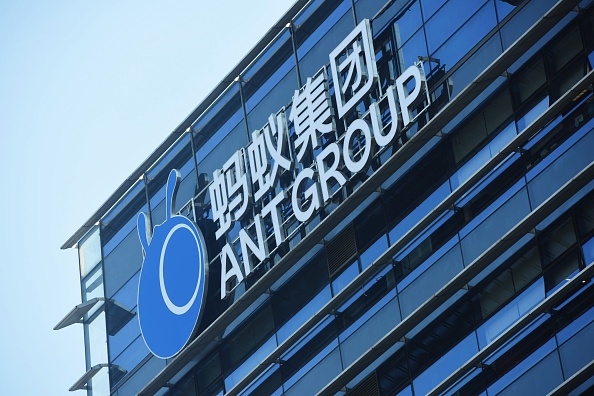 A logo of Ant Group is seen at the company's headquarters on November 4, 2020 in Hangzhou, Zhejiang Province of China. (Photo: Long Wei/VCG via Getty Images)

New Delhi —  India and China — two of Asia’s biggest economies — are tightening their regulatory norms to closely monitor the expansion of fintech firms in their countries.

A $37 billion Ant Group initial public offer (IPO) — the biggest on record — was supposed to hit the Shanghai and Hong Kong stock exchanges on Nov. 5.  But on Nov. 3, the Shanghai exchange suspended the stock market listing, saying that changes in the regulatory environment meant that the Ant Group no longer met the conditions for the IPO.  Ant Group then issued a statement announcing that it was suspending its Hong Kong listing plans.

Ant Group, a subsidiary of Jack Ma’s Alibaba Group that offers almost all financial services in one platform, is the highest valued fintech company in the world.

The proposed stock listing was expected to supersede last year’s Saudi Aramco’s $29.4 billion IPO, the largest so far, and was eagerly awaited by investors. The Shanghai leg of the listing alone attracted about 19 trillion yuan ($2.8 trillion) in bids from retail investors, or 872 times the number of shares earmarked for them.

The changes cited by the Shanghai Stock Exchange are included in new draft rules for consumer lending released by the Chinese government on Nov. 2.

The new guidelines require the $300 billion Ant Group to provide at least 30 percent of the funding for loans from its own books. Currently, the group funds 2 percent of its loans, with the rest taken up by third parties or packaged as securities.

The change in rules and a closed-door interview with Ma by Chinese regulators on Nov. 2 came two weeks after Ma publicly criticized the Chinese banking system at the Bund Summit, when he compared traditional Chinese banks to “pawn shops” and said China’s biggest risk was its lack of a financial ecosystem.

“In particular, Jack Ma has been a critic of the People’s Bank of China, which backfired because the government wanted to show they had more power than a commercial entity,” said Chris Skinner, a blogger and independent commentator on financial markets and fintech firms.

Skinner said while the U.S. government is “pretty powerless” to control Amazon, Facebook, Apple and Google from exerting power on the world through their monopolistic practices since the U.S, has a free market system, “in a controlled economy, things are different. If Ant Group behaves in a way that is not meeting the political objectives, then the government will be ruthless.”

As of the first quarter of 2020, the Ant Group had 1.3 billion registered users globally and served over 80 million merchants, according to a report by Counterpoint Research. Alipay, the third-party mobile and online payment platform owned by the Ant Group, processed RMB 118 trillion ($17.6 trillion) digital payments in the 12 months ending on June 30, 2020. That is roughly over 55 percent of the total online payment transactions in China.

At the Bund Summit, Ma also criticized the Basel accord — the universal regulatory standard for banks. He said that while the world focuses on risk control, it ignores development opportunities for young people and the developing countries.

“Also, calling out the government regulators in public is something you do at your peril. Fintechs, by their nature, will not be allowed to ride roughshod over the regulations governing the sector in the manner done by Airbnb or ride-sharing companies, for example,” he said.

Stringent regulatory oversight is not limited to China.

In India, for example, very few fintech firms can move from payments services to banking.

“The Indian economy is very similar to the Chinese economy in that sense. The government would like to work in a free market structure but control it subtlety through their regulations,” Skinner said.

Indian regulations allow only licensed entities to engage in banking services. Entities such as microfinance organizations and peer-to-peer (P2P) lenders are governed under separate categories and required to obtain licenses for their operations.

“In India, the regulations in the financial space are already stringent, but are evolving with the changing market dynamics,” said Sanjay Khan, a partner at Khaitan & Co. “The financial services market in the U.S. and Europe are very much evolved, and the consumers, too, are more aware compared with India and China. The consumers in India are more gullible than even China. Hence, in a way, the government is correct on being extra cautious in this segment.”

In India, Khan said, the larger payments players have not made a foray into wide-scale consumer lending.

“It is partly on account of the Indian regulations, which only allow the banks and non-banking financial companies to lend. These players have not partnered with banks and such companies either. Other consumer lending platforms have partnered with these companies and banks,” Khan said.

“The firms’ conduct and the treatment of their customers are also receiving increased focus in numerous countries, driven by political and regulatory concern over the perceived poor conduct of firms across all financial sectors,” it states.

“Regulators’ key priority is to consolidate and safeguard and in some jurisdictions refine the reforms of the past decade. What we do expect is a sharp tilt away from a period of regulatory re-design and innovation, to one of operating and embedding the reformed supervisory system,” the report states. “We also see supervisors adopting more intrusive practices, including greater use of on-site supervisory visits.”

Japan, known for its flexible regulatory regime, in October 2018 published a paper explaining its new approach to risks in the financial services.

“This is the first time the JFSA (Japanese Financial Services Agency) used ‘compliance risk’ (effectively the same notion as ‘conduct risk’ by their definition) in its regulation and supervisory documents,” the Deloitte report states.

Fintech is one of the fastest-growing segments in Asia, with China at the forefront, according to a recent report by EY.