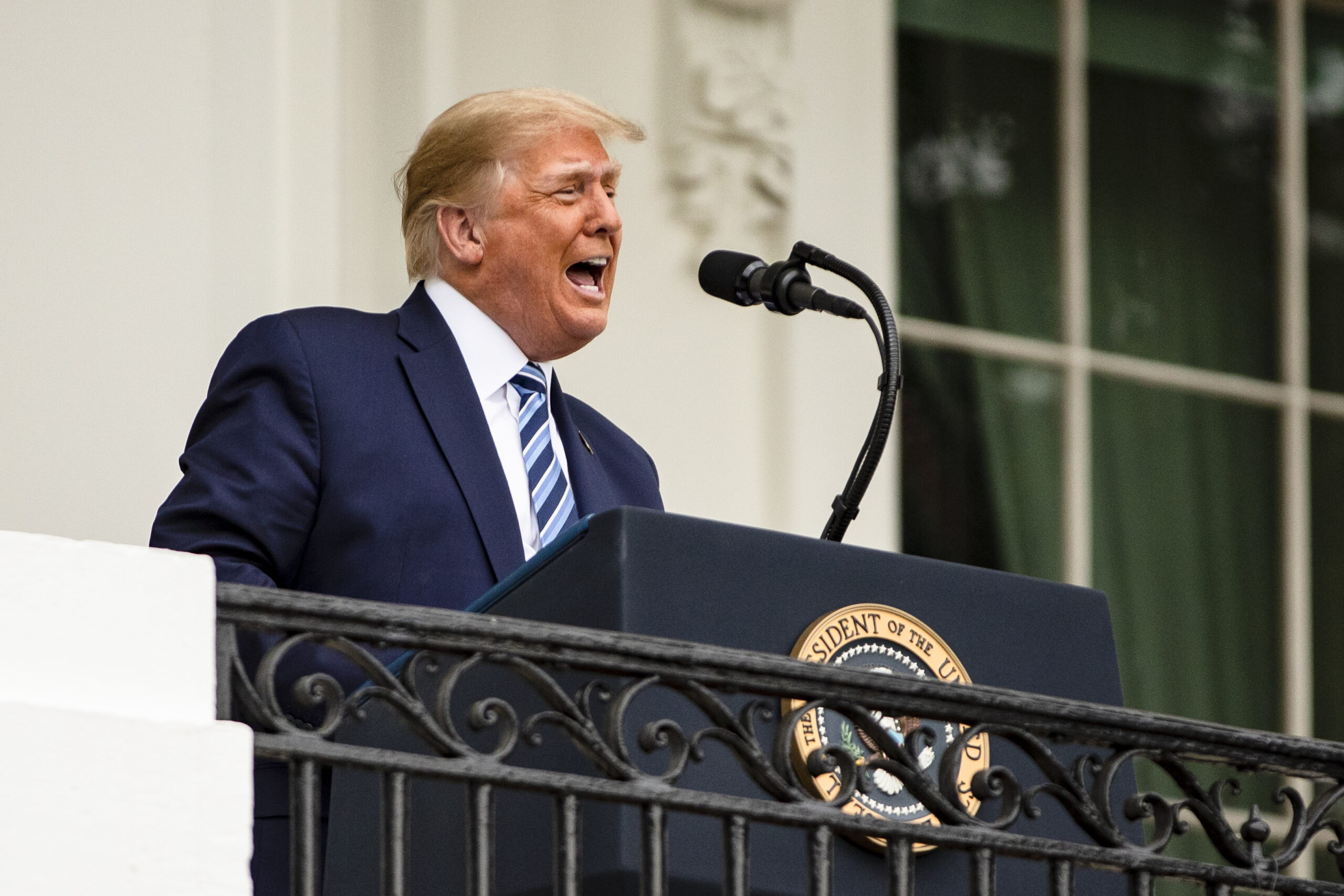 Americans have mixed feelings that Trumps medication cocktail can cure COVID-19. On Oct. 10, 2020 U.S. President Donald Trump addresses a rally in support of law and order on the South Lawn of the White House just a week after he was hospitalized for COVID-19. (Photo by Samuel Corum/Getty Images)

Richmond, Virginia—The way the government will handle the pandemic following the U.S. presidential election might not be clear, but how Americans feel about Covid-19 certainly is.

President Trump made his first public appearance Saturday, Oct. 10 at the White House since being hospitalized with Covid-19 eight days earlier. “I’m feeling great, I don’t know about you,” he said from the White House balcony. He addressed a crowd of supporters that White House officials estimated to be in the hundreds. Most of the attendees wore masks, a stark contrast from a Sept. 26  event in which thousands gathered without them.

The president has insistedthat his illness was a blessing from God because a cure was found while he was being treated. In a White House-produced video, Trump states he chose to be given an experimental treatment manufactured by Regeneron. “It’s a cure. I walked in, I didn’t feel good, but a short 24 hours later I was feeling great,” he said.

While the drug is promising, it is unlikely that a patient could fully recover in just a few days. Health officials point out that the Regeneron drug is still in the trial stages and is currently not available to the public. Once approved by the FDA, it is likely it will be so expensive it will be out of reach to many.

However, the president’s swift recovery and encouraging words have done little to change people’s opinions about the coronavirus. The United States is experiencing a surge in the pandemic, with nearly 100,000 new cases a day on average. Dr. Anthony Fauci, Director of the National Institute of Allergy and Infectious Diseases, continues to be at odds with President Trump and his administration’s response to the coronavirus.  “We’re in a bad place now, we’ve got to turn this around,” he says.

Two separate polls conducted by Morning Consult and Pew Research Center revealed that voters basically view COVID-19 as seriously as they did earlier this fall, but they continue to be divided along party lines.

An Oct. 7 Morning Consult/Politico poll asked voters whether they think President Trump was wrong to say Americans should not be afraid of COVID-19.  While 56% of Republicans say Trump was right, 83% of Democratic voters say he was wrong. Public concern over the coronavirus remains steady at 53%, unchanged from a poll conducted in late September.

A Pew Research Center poll published on Oct. 7 shows that 68% of Republicans feel that Covid-19 has been controlled as much as possible.  Compare that to 88% of Democrats who say the Trump administration has not controlled the virus .

Just two days after his Oct. 10 White House event, Trump held a large rally in Florida. The packed crowd did not social distance, and few wore masks. Trump, claiming that he is now immune, wants to kiss his supporters.

“I’ll kiss everyone in that audience,” he said. “I’ll kiss the guys and the beautiful women.”