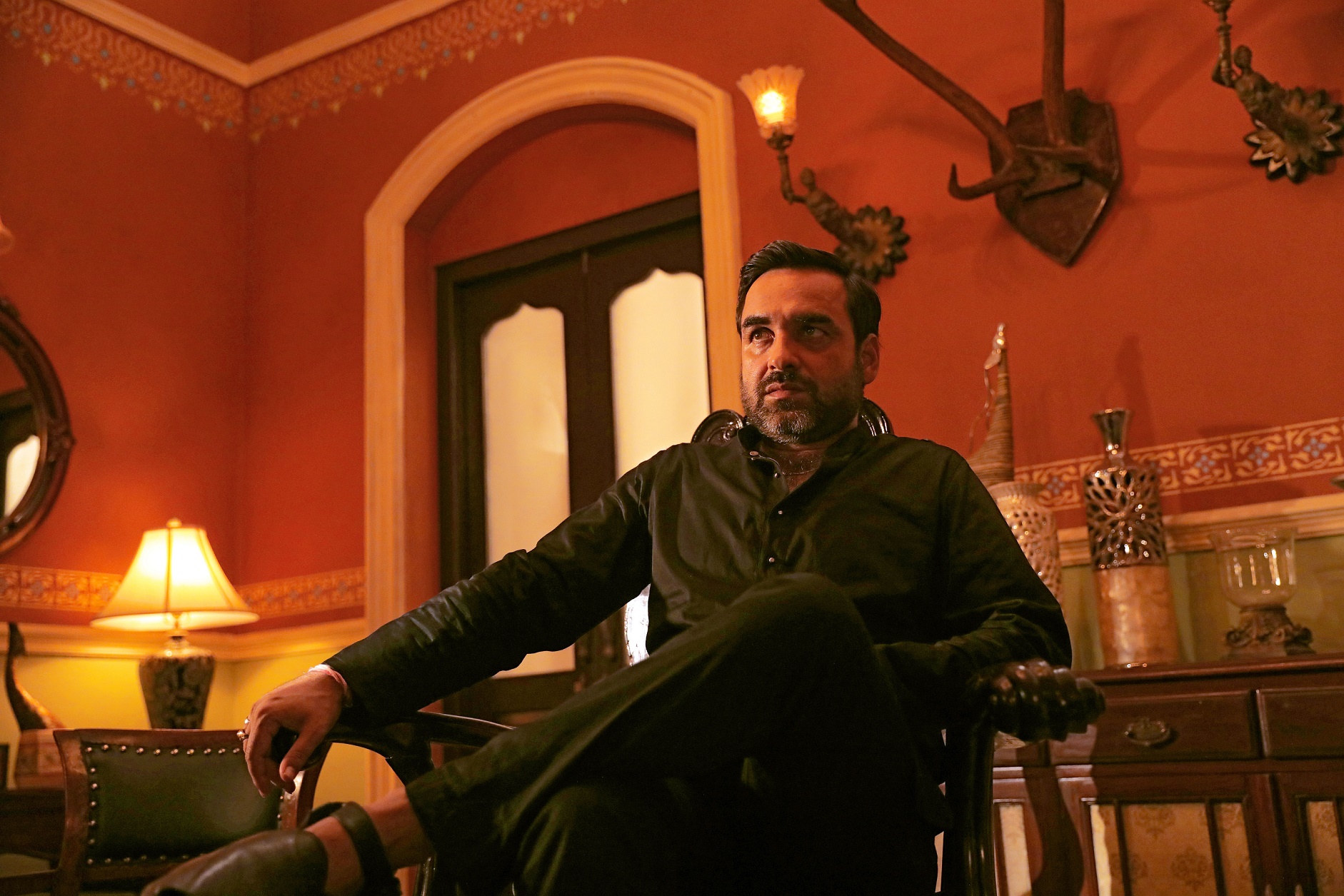 After combating calls for a boycott on social media earlier, the Amazon Prime Video show “Mirzapur,” that is in its second season, is creating headlines again.

Earlier this week, Hindi author Surender Mohan Pathak, 81, accused the series’ makers of misrepresenting his 2010 book “Dhabba” in the show.

In a scene, Satyanand Tripathi, played by actor Kulbhushan Kharbanda, is shown to be reading Pathak’s novel. A voiceover reads out an explicitly sexual, purported “excerpt” about a character called Baldev, who lusts after his cousin and spies on her while she’s bathing.

Pathak sent a legal notice to the makers of Mirzapur saying that the scene amounts to “mischievous misrepresentation.” He also threatened legal proceedings if the mistake was not rectified.

In truth, “Dhabba” (The Smear), published in 2010, is a continuation of the author’s long-standing crime series featuring a protagonist named Sunil, a journalist at the fictional national daily called ‘Blast’.

“He has a soft corner for the downtrodden and have-nots,” said Pathak about Sunil. “His other characteristic is that he can’t see a damsel in distress, and he would go to any length to see her out of trouble.”

“Mirzapur,” an action, crime thriller, is a popular show that centers round the feud between two rival gangsters and is peppered with guns, murder, lawlessness and nudity.

Pathak has been writing pulp crime fiction for nearly 60 years.

“I still manage to write for five to six hours every day and am still an avid reader of mystery stories,” said Pathak to Zenger News. Pathak claims to have steered clear sex or violence throughout his career.

“I am on no public platform like Instagram, Twitter, WhatsApp or Facebook,” he said. “I don’t even subscribe to a daily paper. So my source of information is my fans and well-wishers. After  the Mirzapur 2 incident, my email inbox was flooded with mails alerting me to this misrepresentation, and several readers phoned me, too. I decided to take immediate action against the makers of the series.”

On October 30, a letter of apology was shared on the verified Twitter account of show producers Excel Entertainment. It was addressed to Pathak and signed by Puneet Krishna, one of the creators and the writers of the series.

“We would like to assure you that to rectify this situation, we will blur the book-cover in the scene or remove the VO (voiceover) within a reasonable time of 3 weeks,” said Krishna in the letter.

Pathak is a best-selling Hindi author with more than 300 published books. On Amazon India, almost all his published titles have a four-or-more star rating. Most of his protagonists live long and mystery-fuelled lives, spanning several instalments.

Sudhir Kohli, one of Pathak’s private detectives, has solved crimes across 23 sequential novels. Another is Sardar Surendra Singh Sohal.

“His exploits are instant hits whenever they’re published,” said Pathak with pride. “This series so far has run into 46 volumes and is a continuous and uninterrupted story of more than 13,000 pages and is still going strong.

Pathak said that the wrongful depiction of a book, in addition to the neglect Hindi literature suffers, not only affects the author of the literary work, but also those who might be interested in non-English content.

“Hindi is the third-largest spoken language in the world,” said Pathak. “However, Indian readership discriminates against Hindi literature because we still have a colonial hangover and worship English; and this attitude is just getting stronger.”

Others are of the opinion, however, that the limelight, even if negative, could amp up sales. “Readership won’t be affected at all,” said Alind Maheshwari, marketing and copyright director at Rajkamal Prakashan Group, a publishing house dedicated to Hindi literature since 1947. “But the incident does affect what we see and whether we understand the difference between crime fiction and erotica.”

Maheshwari thinks that insufficient research for a show on an international platform is irresponsible. Especially since Hindi literature is relegated to a step-child status in the country in spite of the influence it wields.

Pathak is forgiving of the goof-up and has said he’s satisfied with the public apology and measures to rectify the mistake.

“I am an old man,” he said. “The lawsuits in Indian courts drag on indefinitely, and by the time there is a final verdict, I’d be in the other world. So, whatever happened, happened for the best. One should be a large-hearted person and should always be ready to accept an apology — as they say, to err is human and to forgive is divine.”

While the show’s creators have quickly responded to Pathak’s accusations, they have not addressed other issues surrounding “Mirzapur 2.”

Recently, a Member of Parliament and Apna Dal party member, Anupriya Patel, from the city of Mirzapur (in the northern state of Uttar Pradesh), said that the show was maligning the image of the city by portraying it as a violent region. Patel wants the show banned.

On November 3, Raju Srivastava, Hindi comedian and chief of the Uttar Pradesh Film Development Council, too called for the show to be censored in light of its violence.

“Mirzapur” premiered in 2018 with the show’s sophomore season dropping on October 22, this year. As of now, a third season has not been confirmed.