The plan aims to protect the fragile corals, but activists are concerned about lack of expertise for the project. 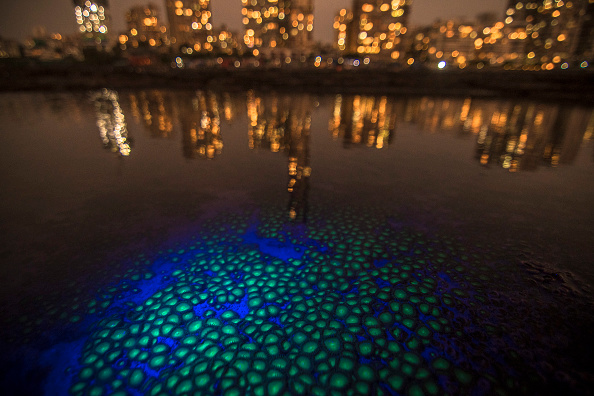 A colony of the Zoanthids glows under the ultraviolet flashlight with the backdrop of the Mumbai's skyline near Priyadarshani Park, on October 19, 2020 in Mumbai, India. (Courtesy: Pratik Chorge/Hindustan Times via Getty Images.)

Mumbai — Environmental activists are up in arms over the government’s plan to relocate 18 coral colonies along the coast of Mumbai in the path of a planned multilane road.

Though moving the corals is aimed at protecting them, activists say there is little expertise available to handle the complex project.

M. K. Rao, principal chief conservator of forest (wildlife), told Zenger News that the corals would be moved in the same habitat and within the same region as their original sites.

Rao said that the Brihanmumbai Municipal Corporation, the city’s civic body, was granted permission to move the coral colonies after approval from the Ministry of Environment, Forest and Climate Change.

“Experts from the National Institute of Oceanography will take the responsibility of moving the colonies and their survival,” said Rao. “The permission has been granted on the assurance that the civic body will ensure the survival and growth of corals at the new locations.”

“During our visits off the coast between Haji Ali to Mahalaxmi area, we have commonly observed hard corals such as false pillow coral (Pseudosiderastrea tayamai) in large tide pools encrusted on many rocks,” said Pradip Patade, co-founder of Marine Life of Mumbai. “We have also seen sea fan (Pseudopterogorgia fredericki) colony, Cladonia exusta, in scattered colonies and Paracyathus species in solitary coral in scattered colonies.”

Patade said that the large pool of false pillow corals near the Haji Ali mosque are spread on multiple rocks in an area of about 500 square feet. “All these corals are protected under the schedule I of the Wildlife Protection Act 1972, just like the tiger.”

Some pilot projects relocating corals have been undertaken in Lakshadweep, Gujarat and Tamil Nadu. A coral replanting project was also undertaken in Sindhudurg in Maharashtra. These projects are in the early stages.

The eight-lane coastal road that will displace the corals is a 29 km (18 mile) freeway to connect southern Mumbai to the western suburbs. The project has been criticized by green activists because of the potential threat to marine life and the reclamation involved. 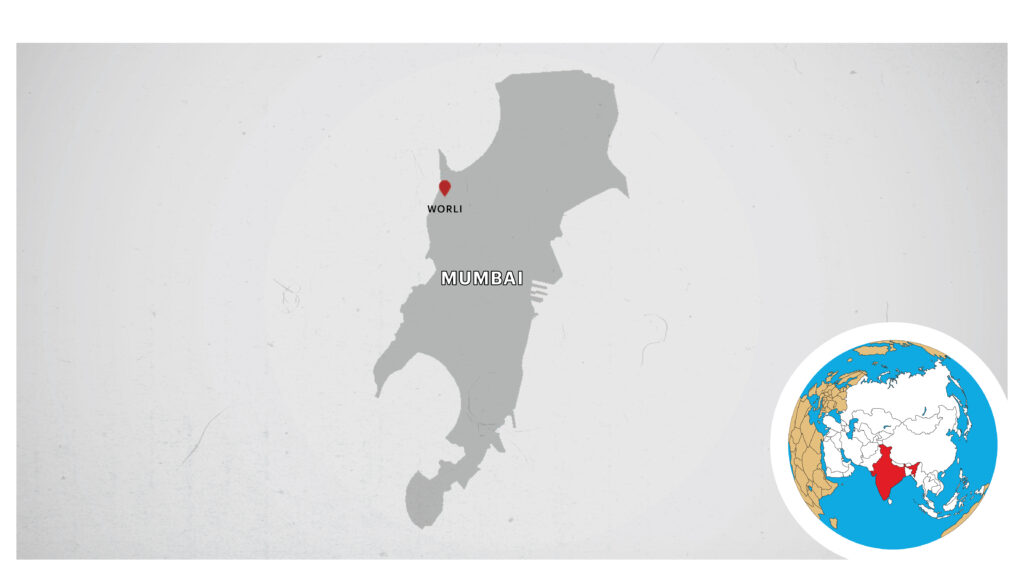 Corals are marine invertebrates, generally classified into soft coral and hard coral. There are around 800 known species of hard coral, the reef-building corals, according to the International Coral Reef initiative.

“Soft corals, which include sea fans, sea feathers, and sea whips, don’t have the rock-like calcareous skeleton like the others. Instead, they grow wood-like cores for support and fleshy rinds for protection,” the initiative states.

“Corals are very sensitive, and we hardly have the expertise to pull off such a project,” said Stalin, one of the petitioners against the project who have approached the courts. “A lot of the aspects will have to be looked into, including the salinity, PH level, tidal conditions etc. An independent scientific committee should be appointed to conduct this study.”

In 2019, Stalin’s nonprofit Sagarshakti and other organizations compiled a report documenting the intertidal marine biodiversity that is threatened by the construction in Worli, the city’s southern locality.

Marine researchers said moving the corals will be a complex procedure.

“It is not as simple as moving a tiger from one location to another,” said Shaunak Modi of  Marine Life of Mumbai. “The corals are sessile animals, so the quality of the water, availability of food and nutrients, and many other factors play a role in their survival.”

In some places, relocating corals has been successful. A 2015 research paper on coral translocation along the Aqaba coast in Jordan stated that a significant amount of coral cover, which could have been damaged during construction of a new port, was saved through a mitigation process.

“About 7,000 coral colonies translocated from the new port site to selected locations within the Aqaba Marine Park showed a survival rate of 89.8 percent during the first year. The study indicated that coral translocation is a good tool for conservation if well designed and controlled,” the research paper states.

“The findings from the first year were very encouraging as the recorded survival rates were relatively high at all the transplantation sites,” the study states. The transplanted coral colonies continued to grow after one year, and similar rates were recorded in other areas along the Red Sea for the same coral genera.

Moving the corals is an arduous task. The detachment, translocation and fixing of the coral colonies require expertise and technical know-how.

The research paper on the project in Jordan notes the use of pliers, chisels and hammers to detach the coral colonies, which were then transported using cages and baskets made of galvanized metal and manufactured specifically for the purpose.

“The cages were dragged by a towing boat at a low speed to avoid the displacement of the coral colonies inside the cages against each other,” the study states.

In Mumbai, authorities have not released the relocation plans, which concerns activists.

“Till the plan is put up in public domain, it is difficult to say what the authorities are looking at,” Modi said.