Trump Campaign Could Run Out Of Money Before Election Day 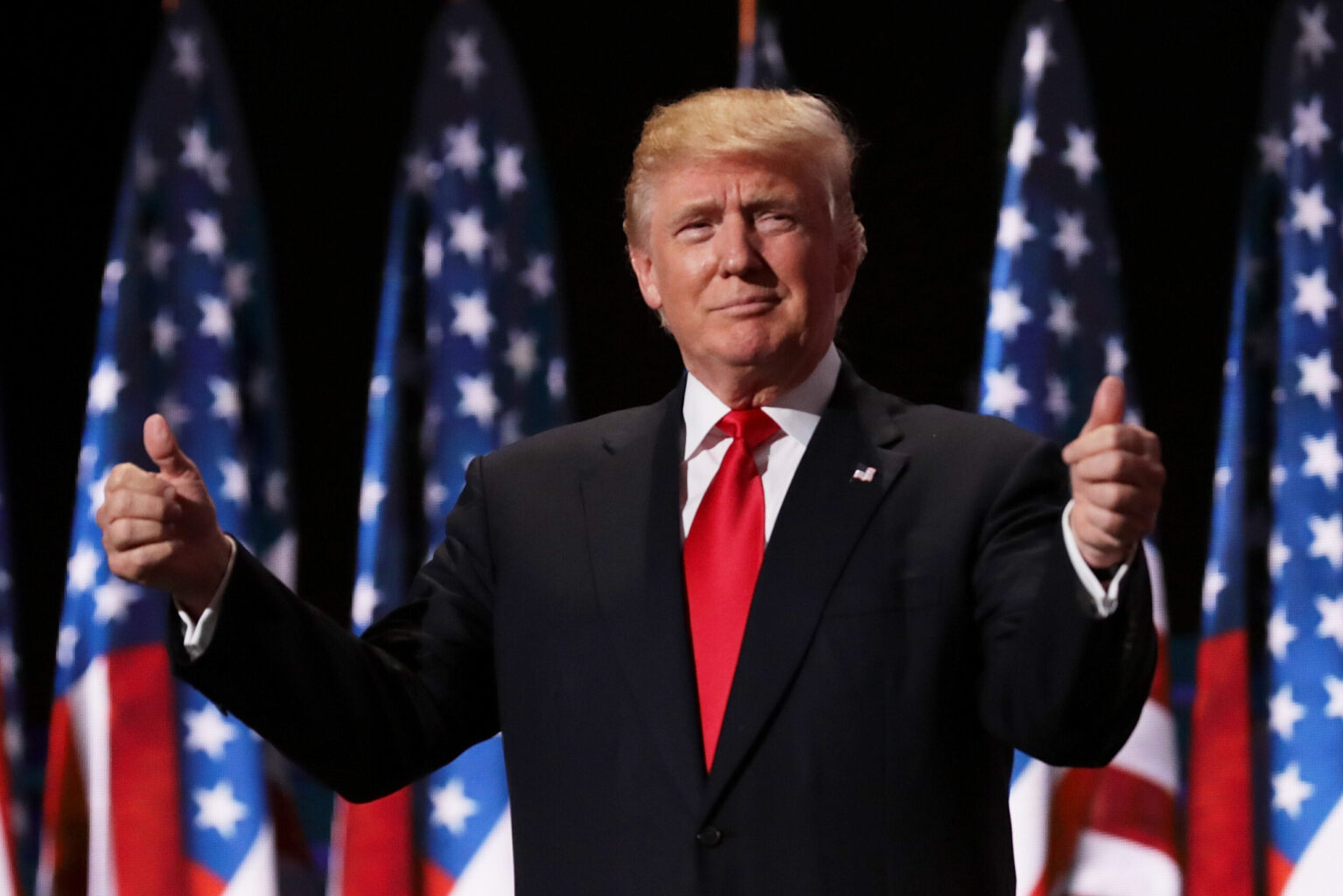 Republican presidential candidate Donald Trump gives two thumbs up to the crowd but his re-election campaign is burning through record funds. (Photo by Chip Somodevilla/Getty Images)

Donald Trump’s re-election campaign is burning cash so fast that it might run out of money before Election Day, a Zenger News analysis of Federal Election Commission data concluded.

Joe Biden’s campaign, however, would have enough money to keep going for more than four years.

As of September 30, the Biden campaign had raised $822.2 million to Trump’s $557.8 million. The campaigns respectively had $177.3 million and $63.1 million cash on hand. But it’s the spending that might land the tycoon president in a tough spot: deciding whether or not to donate millions to himself.

While Trump put tens of millions into his campaign in 2016, both as direct contributions and forgiven loans, records show that he has not donated a single dollar this time.

At September’s fundraising and spending rates, given the number of pre-elections days remaining at the time, the Biden campaign would only need to pull a few million out of its cash on hand to keep its spending up. The Trump campaign, however, would run through everything before November 3 and will have to either significantly cut back on expenses or pull in a large amount of new money.

Trump campaign deputy national secretary Samantha Zager told Zenger News in a statement: “The Trump campaign has all the resources we need going into the home stretch of this election. We’re running a comprehensive campaign that incorporates our massive ground game, travel to key states, and ads on digital, TV, and radio.”

The Biden campaign did not respond to a request for comment.

Bringing in the cash

The Biden campaign’s accountants only had to pull $3.4 million from cash reserves in order to balance the books. The president’s campaign overspent by $58 million—a massive shortfall.

Pulling the same amount out of their back pocket would still leave Biden’s bean-counters with nearly $112 million on hand.

Zenger’s projections assume the rates of campaign receipts and disbursements would continue in October as they were in September.

“There are other important factors, as message and strategy and enthusiasm, which money can’t buy,” Perron said. “It’s not that you can buy an election, but it’s one of the important factors.”

The history of the last five decades has shown this true in American presidential contests.

“Go back to the Reagan campaign, George H. Bush against Dukakis, Clinton against George H. Bush, the Obama campaigns—the candidate that spent more money won,” said Bruce Newman, professor of marketing at DePaul University and author of The Marketing Revolution in Politics: What Recent U.S. Presidential Campaigns Can Teach Us About Effective Marketing.

There have been a few anomalies, including Jimmy Carter’s post-Watergate win over the better-funded Gerald Ford—and Donald Trump’s 2016 thrashing of Hillary Clinton, an outcome that defied checkbook logic.

According to Newman, money matters for a new slate of reasons in the 21st Century.

“Politics is now being driven by marketing, as opposed to political party affiliation,” said Newman “In order to run a marketing campaign effectively, you need money. Without having the money to pay for the various activities to fall under the umbrella of marketing, it’s impossible to compete effectively.”

Having a large bankroll is also important because it reduces the need for every political calculation, tactic, and strategy to be right from the beginning.

“If you can invest two to one more than your opponent, you can withstand a lot more mistakes,” said Jamie Miller, former executive director of the Republican Party of Florida. “If you get up to a point where it’s three to one [against you], you’re at a severe disadvantage.” Miller is Florida director of the political marketing firm People Who Think.

Where the cash goes

A revenue advantage and a traditional campaign hiring philosophy have driven Biden to spend $54.4 million on worker payrolls, more than 4 times Trump’s $13.1 million. The president has the advantage of White House aides for advance work and Air Force One for transportation, but his campaign reimburses the government for every hour and every mile.

Biden may be enjoying a nearly two-to-one TV advertising advantage over Trump for months. But the dominance of digital advertising has made it difficult to compare apples to apples.

Trump has said he would dip into his own bank accounts if he had to, but those events amount to torrents of “earned” media exposure that can be more powerful and effective than paid ads.

And with more than 54 million votes already cast, smart places to spend surplus millions are increasingly rare—making it possible that a financial underdog will once again confound conventional wisdom and create a new normal.