Surge in Air Pollution in Sri Lanka Blamed on India

Northerly winds from the Indian peninsular region bring high levels of pollution to the island nation. 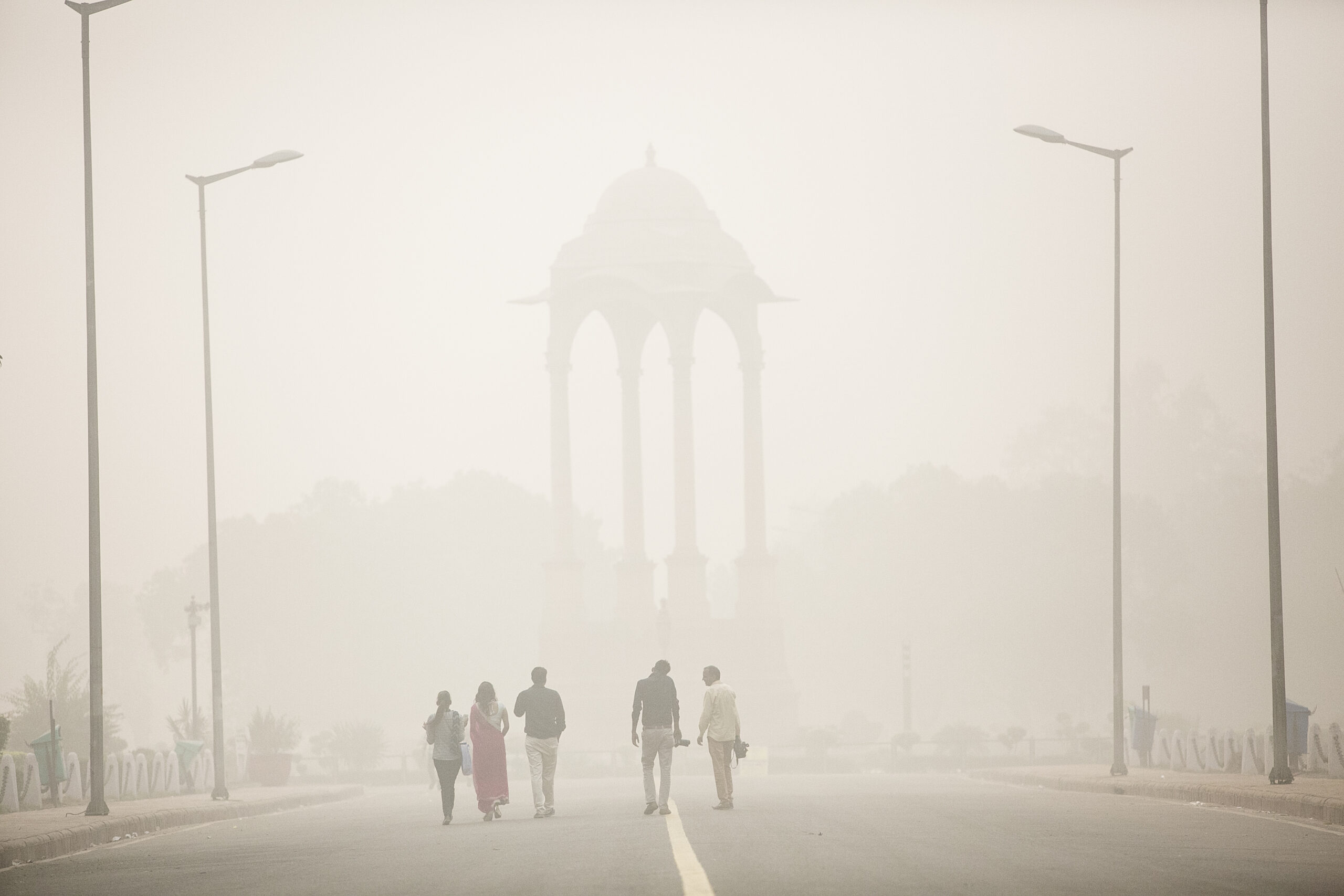 DELHI, INDIA - NOVEMBER 7: People walk near India gate amid heavy dust and smog November 7, 2016 in Delhi, India. People in India's capital city are struggling with heavily polluted air after low winds, holiday fireworks residue and crop-burning in neighboring states contribute to the haze, which has reduced visibility to 400 meters. The pollution levels have risen to 15 times more then the safe limit, news reports said. Thousands of schools have been ordered closed, cricket matches canceled and residents warned to stay inside. The US embassy has said that it is "very concerned" about the impact of the pollution on Americans living in Delhi and the public at large. (Photo by Allison Joyce/Getty Images)

Colombo — An unprecedented surge in air pollution in Sri Lanka over the past week is being blamed on winds from India’s peninsular region blowing in high levels of bad air.

“The pollution levels in northern Sri Lanka are higher than the southern parts because of the northern winds blowing from the Indian peninsular region,” said Sarath Premasiri, a senior scientist at the National Building Research Organization (NBRO), which monitors the country’s Air Quality Index (AQI).

Scientists at NBRO said that the increased levels of air pollutants were “abnormal” and “unexpected” considering the reduction in vehicular movement due to an island-wide curfew to combat the spread of Covid-19.

“India’s situation on Oct. 23 was a contributing factor to the increase in pollution levels in Sri Lanka,” Premasiri said. “India has highly polluting cities, and when winds blow from India, some of those pollutants get carried into Sri Lanka with the wind.”

Jaffna, in northern Sri Lanka, is closest to the southern tip of India and thus is vulnerable to increasing levels of air pollution.

“The pollutants are literally traveling from India across the ocean to Sri Lanka and affecting us. The pollution levels in Sri Lanka are low compared with last year because of low vehicular activity, but they are increasing because of the northern winds,” said Premasiri.

Premasiri asked the governments of both countries to intervene with strict policy measures.

“The Indian and Sri Lankan governments have to address issues revolving around pollution collectively because once pollutants are emitted into the atmosphere, they can go anywhere and affect anyone around the world,” he said.

Colombo, the country’s capital, recorded 105 AQI on Nov. 4, which carries the advisory “unhealthy for sensitive groups,” which include people with respiratory illness, children, and pregnant women. In 2019, the AQI average was 78, or “moderate.”

All of the major regions in the country have recorded high levels of particulate matter, (PM 2.5). PM refers to a mixture of solid particles and liquid droplets in the air, including soot, dust, dirt, or smoke, and are visible to the naked eye. When PM is high, the “smog” or poor air quality may hide buildings from view from the horizon or appear as smoke in the atmosphere.

According to the U.S. AQI, the smallest particulate material, PM 2.5, has a value of between 100 and 150, which can have a significant effect on sensitive groups.

The NBRO alerted the Ministry of Health about the potential health effects of the air quality.

“It is advisable to follow a routine such as wearing a regular mask and minimizing strenuous activities (exercise, sports, work outdoors) to minimize health problems. Also, seek medical advice if you have any respiratory problems,” the NBRO said.

While pollution levels are high, the problem of bad air blowing in is not unusual.

“Pollution levels increase normally during this time of the year,” said Premasiri. “Every November, we see a spike in the air pollutant levels before the onset of the northeast monsoon when the wind flows from the Indian peninsular region.”

India’s NCR encompasses the National Capital Territory of Delhi and several adjoining districts in the states of Haryana, Uttar Pradesh, and Rajasthan.

The NBRO said the abnormal increase of pollutants in the air could be linked to the wind patterns around the island. According to IQAir’s graphics, a general pattern has been observed showing the winds blowing toward Sri Lanka from the Indian peninsular region.

“When northerly winds blow from the Indian peninsular region, pollution increases in Sri Lanka. This is the transfer period of two monsoon periods, and these calm winds concentrate pollutants in one place. If there are strong winds and vertical mixing, the pollutant levels would be diluted,” said Shiromi, an officer at the Department of Meteorology in Colombo.

According to a research article published in the Proceedings of the National Academy of Sciences, almost all of India is exposed to pollution levels 5.5 times greater than the World Health Organization recommendations.

Pollution levels are expected to increase further in Sri Lanka as India is celebrating numerous festivals in the coming weeks, including Diwali. The levels of air pollution and particulate matter in the air increase around Diwali as firecrackers mark the celebrations surrounding the return of Hindu god Ram after his victory over Ravana.

“At this time of year, the weather, celebratory practices, and regional agriculture combine to create conditions in which air pollution in India, especially New Delhi, reaches 300 times the World Health Organization standard for healthy air,” a 2019 report by the World Economic Forum states.

While various Indian states have banned the sale of firecrackers this year, illegal sales continue.

Reaching For The Stars One Shot At A Time

Features & Profiles Middle East Religion The hero no one knows