Study: Tags For Tracking Rare Birds Are Making Them Blind

Scientists changed the biologging practice to save the birds’ sight. 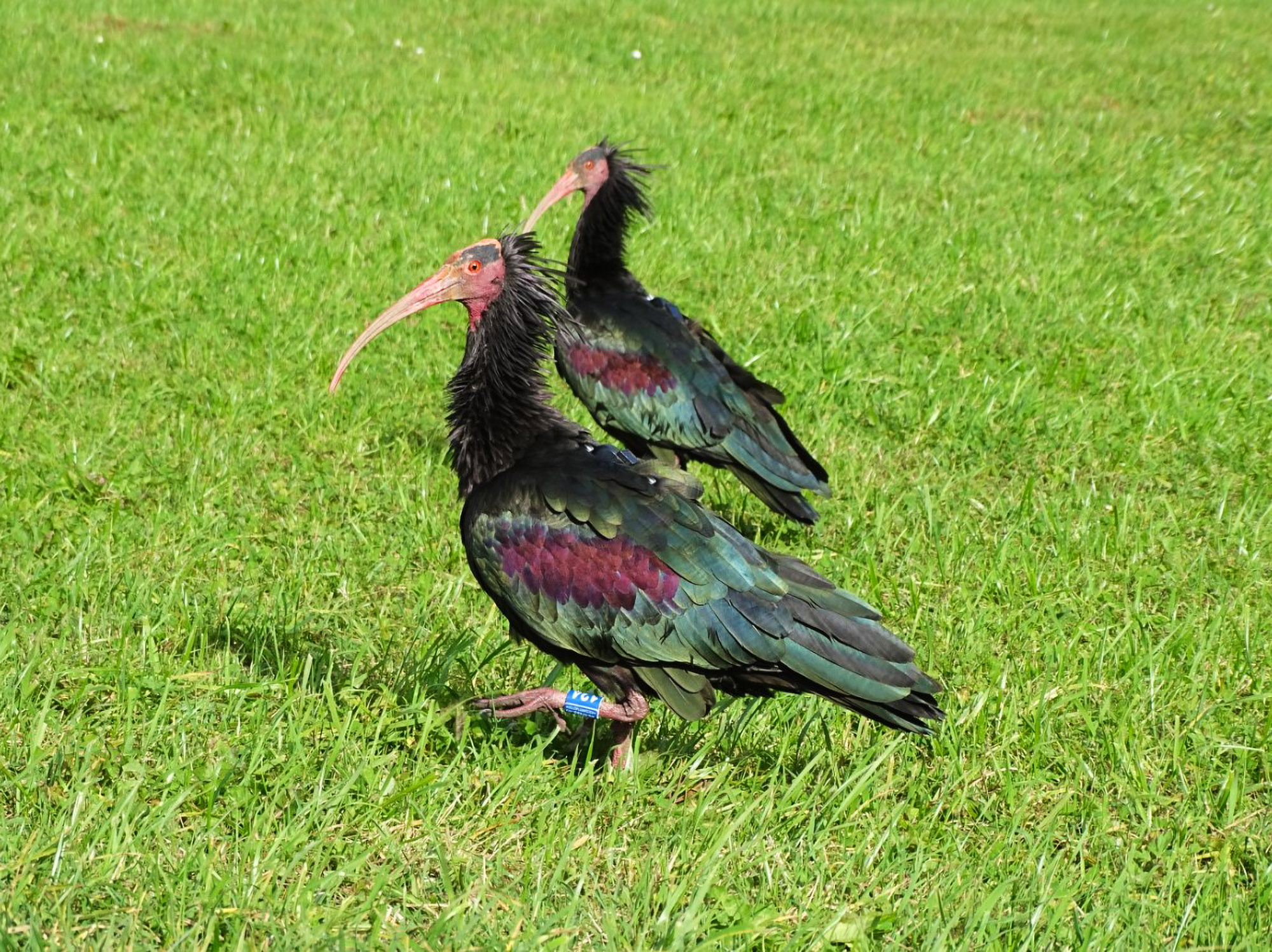 Bird tracking with the help of tags, a practice known as ‘biologging,’ is turning rare birds blind, according to a new study.

Scientists from Avian Research, a peer-review journal publishing research on ornithology, found what they believe is a correlation between how the solar-powered devices are attached and unilateral corneal opacity (UCO), where the bird’s eye clouds over.

Biologging is the use of miniaturized animal&dash;attached tags for logging and/or relaying data about an animal’s movements, behavior, physiology and/or environment.

The study, published Oct. 16, was based on a migratory population of the Northern Bald Ibis, reintroduced in Europe as part of a LIFE + project.

Two types of tags were used in 2014. Twenty-five of the 79 birds were given a solar-powered version attached with a fixed wing-loop harness on the upper back position. The remaining 54 were equipped with battery-powered devices, fixed with leg-loops on the lower back.

The study by Johannes Fritz, et al. — titled “Biologging is suspect to cause corneal opacity in two populations of wild living Northern Bald Ibises (Geronticus eremita)” — found that all the birds with the solar devices had developed some degree of UCO by 2018, yet none of the other birds had any symptoms.

“Clinical examination of the birds revealed no clear cause for the symptoms. However, only birds carrying a device on the upper back were affected. (In 2017, that was up to 70% of this group.) In contrast, none of the birds carrying devices on the lower back ever showed UCO symptoms,” the researchers wrote.

Scientists became concerned the blindness was related to “a particular focus on thermal proximity effects caused by electromagnetic radiation” when the birds were roosting, during which they rest their heads on their backs.

The scientists took action in 2018 — either removing or repositioning the devices on the affected birds’ lower backs. They wrote: “We observed an immediate reduction of the incidence rate without any new cases reported since January 2019.”

The study has now called for further research to double-check the findings.

Meanwhile, the use of solar panels was abandoned after researchers noticed they were covered by the bird’s feathers whenever they weren’t flying, leading to additional issues.