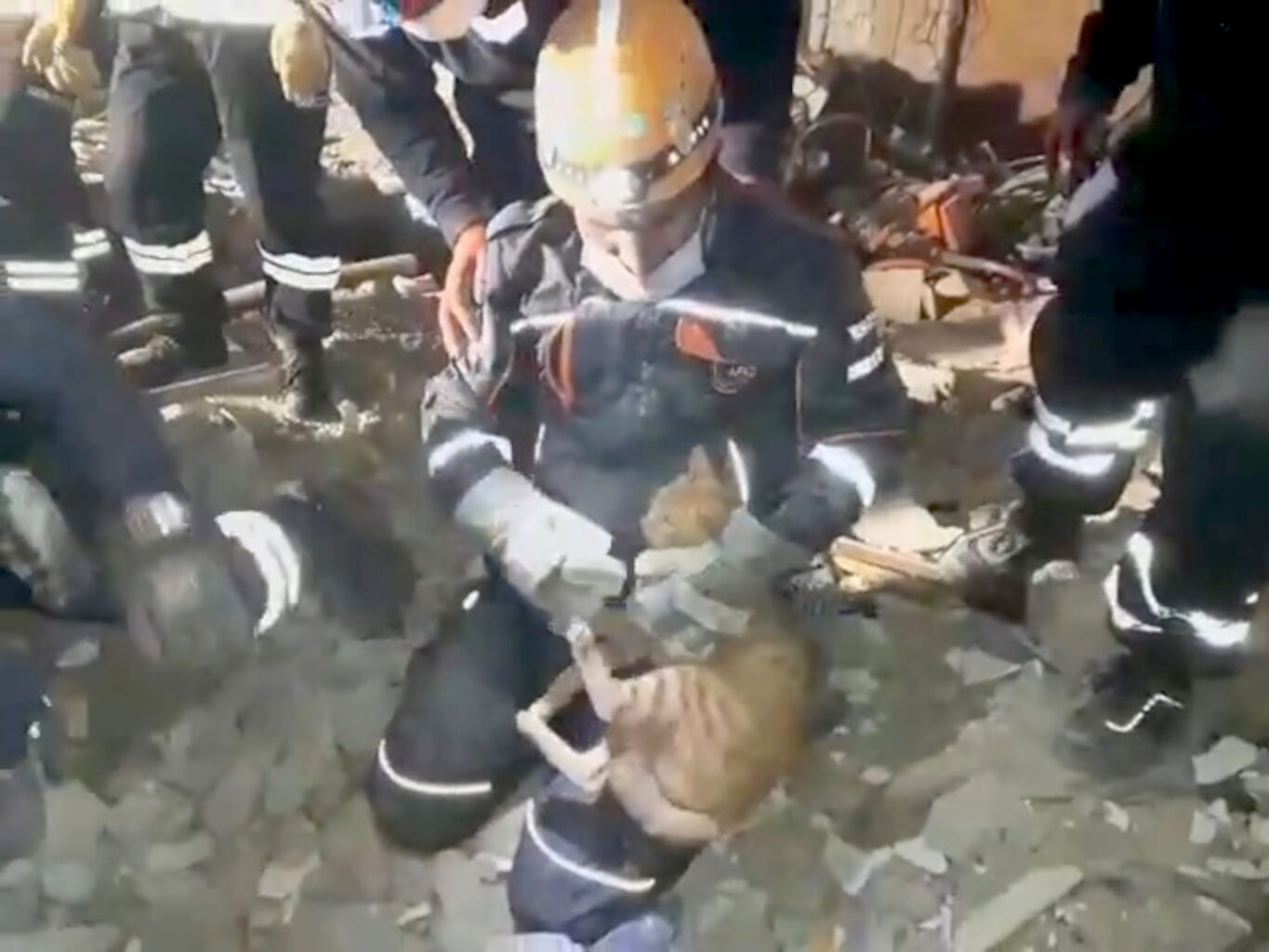 IZMIR, Turkey—A rescue worker risked his life to save a cat trapped under the rubble of a collapsed building, following a magnitude-7.0 earthquake near western Turkey.

The Oct. 30 earthquake leveled several structures in the city of Izmir and has killed at least 85 people. Izmir is the third-largest city in Turkey, with about 4.5 million residents.

The earthquake took place off the coast of Samos, Greece, and led to the Turkish town of Seferihisar being flooded by a “small tsunami” near the epicenter, according to local authorities. The devastating quake was followed by hundreds of aftershocks.

AFAD (Turkey’s Disaster and Emergency Management Presidency) said nearly 6,400 personnel had been enlisted for rescue work. They spent the night and next days saving trapped residents and animals in at least nine buildings.

In the footage, rescue workers are seen saving one scared cat from under the rubble of a collapsed structure.

Currently, more than 1,000 people total have been injured, and around 20 are said to still be trapped under the rubble of a collapsed block of flats. At least 20 buildings in the city of Izmir were destroyed, according to Mayor Tunc Soyer.

President Recep Tayyip Erdogan said he was “determined to heal the wounds of our brothers and sisters in Izmir before the cold and rains begin.”