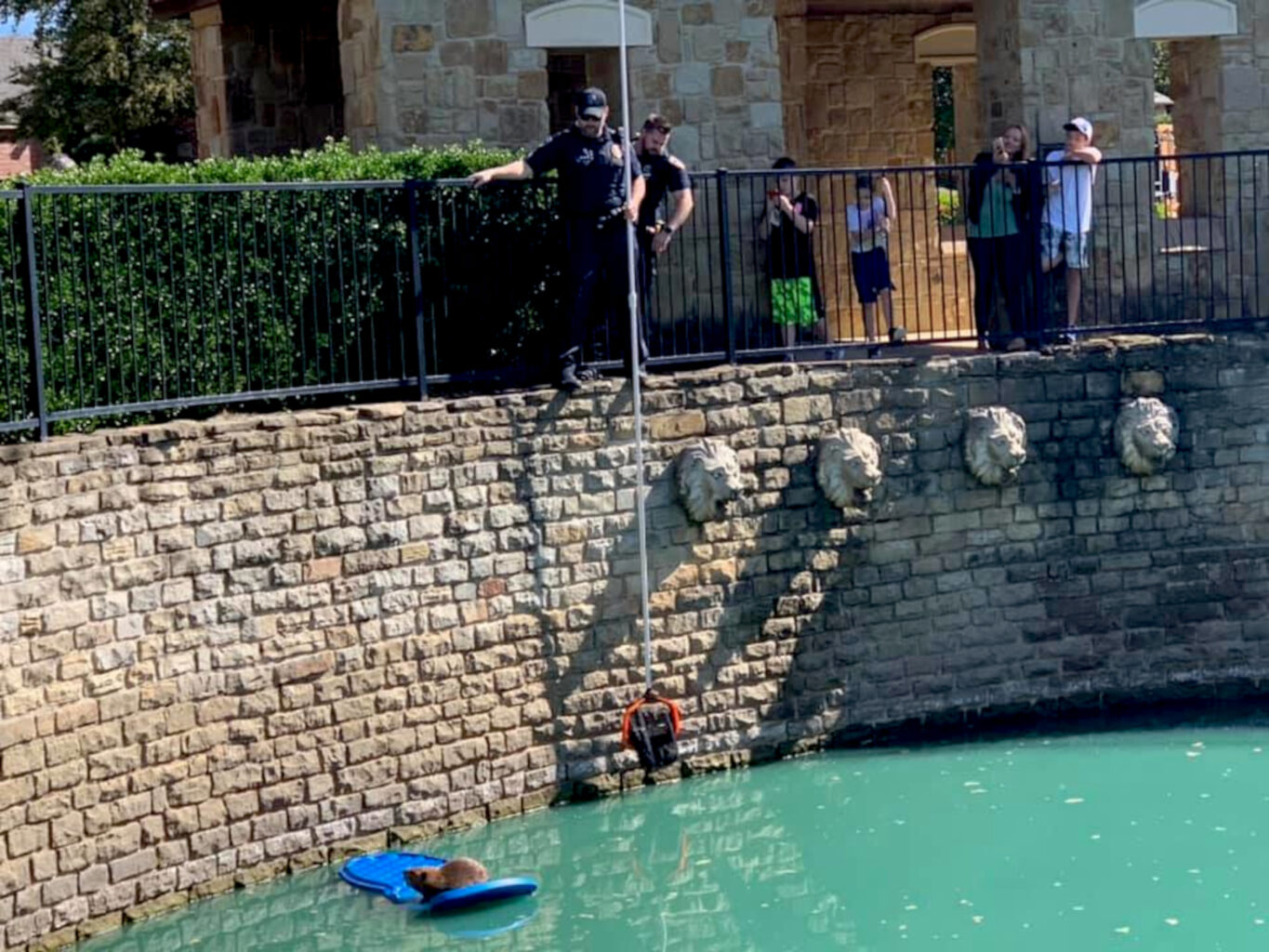 SOUTHLAKE, Texas—A dog may be man’s best friend, but a few American police officers proved essential to a beaver’s survival.

The animal was trapped in a pond, and it took numerous attempts to finally entice it over a wall and back into its lake home on Nov. 1.

The mission was accomplished by making a ramp with an old plank of wood. The incident was filmed in the city of Southlake, Texas. The footage was shared on social media by the local police.

“Beaver rescue! A tense moment, after a 30-minute rescue attempt, as our beaver crawls up our make-shift ramp to safety!” the Southlake police said on Facebook.

The beaver was spotted on a blue float in a pond behind the Central Market, and officers first tried to catch it in a net, according to the police.

They tried several other unsuccessful methods until one officer hit on a winner, captured on video. By balancing a plank on the side of the pond and the float, the beaver was able to climb over the wall and re-enter the lake.

“And the ramp that you made… saved the beaver’s life,” the officer filming the video says, while panning to his beaming colleague.

Beavers are usually seen as helpful in the wilderness. Their ponds hold water during dry spells and help control floods. However, it can be problematic if beavers build too close to residential areas.

In Texas, the highest beaver populations are found in the northeastern part of the state. Their numbers are contained, due to legal trapping efforts.