Officials in Changlang devise innovative ways to ensure children have access education even in the face of limited resources. 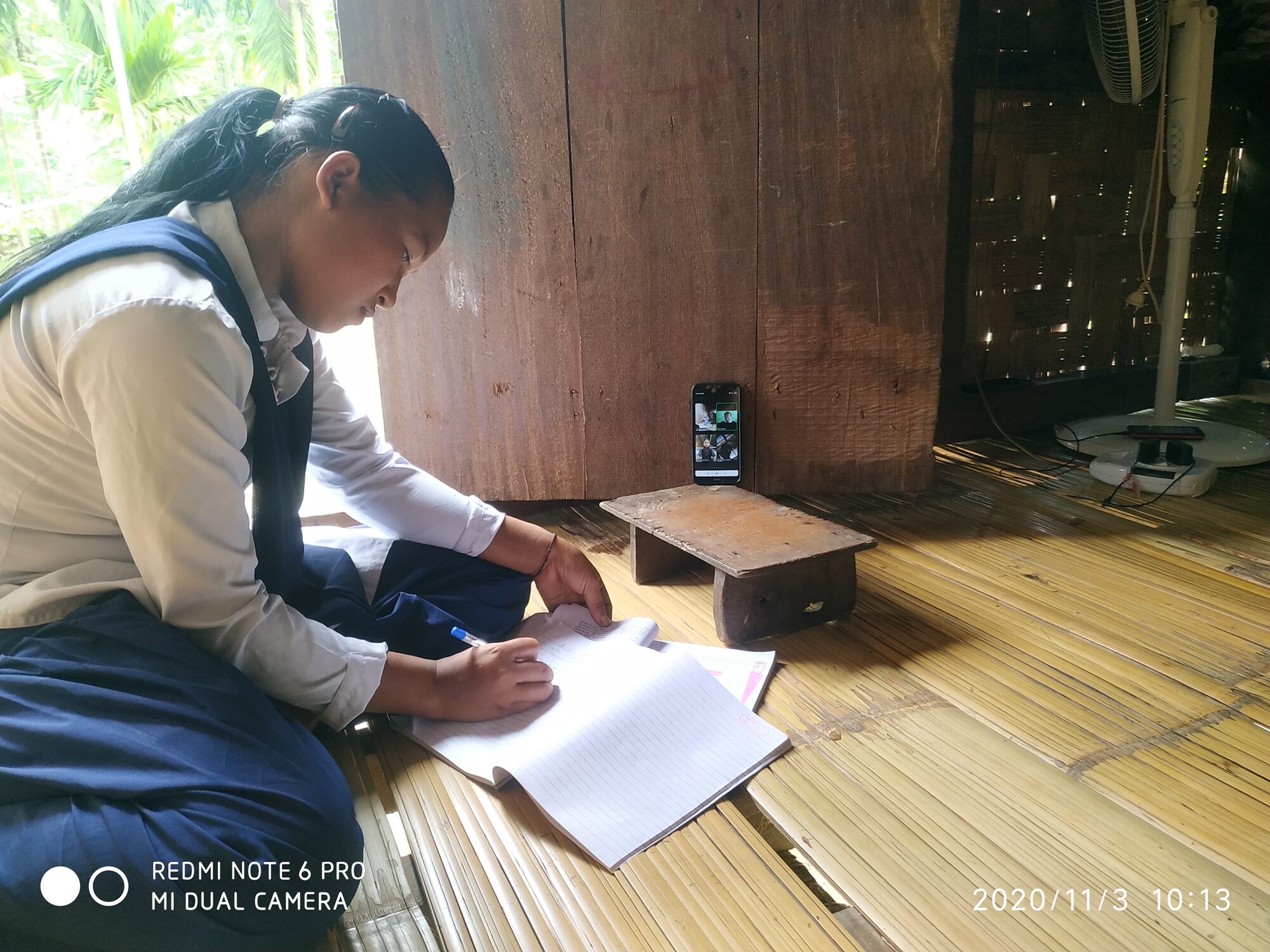 In the remote Changlang district of Arunachal Pradesh, a dilapidated ticket counter of the local transport department has been transformed with the help of donations, into a bright library.

Another 100 volunteers spread across the country are now teaching students of 15 schools as local officials devise ways to bridge the education gap in the face of limited government resources.

Todak Riba was disappointed at the status of the education in Changlang when he arrived in 2019. An Arunachal Pradesh Civil Services officer from 2016, Riba found Prajwal Montri, a doctor who was also recently posted in the area, considering the same problem.

“Both of us decided to start free tuition classes after we came here and saw the poor quality of education,” Riba, an extra assistant commissioner in Khimyang, said.

Khimiyang block of Changlang has 13 villages. This easternmost corner of India on the Indo-Myanmar border is plagued with all kinds of problems, including bad connectivity and a literacy rate far below the average. There is an armed insurgency with the presence of Naga militants or members of the banned United Liberation Front of Asom (Independent) who clash with Indian security forces.

Initially, as many as 20 students joined Riba’s classes. But a month on, most of them stopped coming. Riba and Montri then decided to show documentaries and other films to the students to lure them back. But even that didn’t draw them to tuition classes.

It was then they moved the classes to an old ticket counter that had been in disrepair for many years. But first they faced the challenge of renovating it.

“Then the pandemic happened,” Riba said. “But pandemic also meant that the need for tuition classes was even much more now since the education system had collapsed,” he said.

Riba took the idea of renovation to his 37 colleagues from the 2016 group. Rome Mele, a colleague, jumped on the idea and proposed that it be turned into a formal arrangement and extended to the whole state.

As per the plan, each of the 37 officers would contribute INR 1,500 ($20) every month which would be used to improve the public infrastructure in the different parts of the state where they are currently posted.

The dilapidated ticket counter in Khimiyang is the first renovation project under this program, which has been christened Project 37. It has been transformed into a brand new library with books and toys.

“We thought kids would not come to a normal classroom. We had to do something more,” Riba said.

Apart from Riba and Montri, the group has roped in one Gopi Mandal, who operates the local mobile phone network tower, as a teacher.

Mandal said he teaches Hindi, English and mathematics to about 30 students who turn up for the classes. On Saturdays and Sundays, the kids who belong to different grades, from nursery to class five, play different sports.

“Online education is not possible here in this village,” Mandal said. “Even my own company promises 4G, but even a 2G connection barely works,” he said.

Network outages are a common issue for Sunita Dwivedi, a 36-year-old teacher from Bengaluru, the capital of Karnataka in south India. She has been volunteering as a teacher for students of a school in Gautompur in Changlang, a village with a literacy rate of just 31 per cent.

She is part of a group of 102 intern volunteers who have been teaching students of 12 schools in Changlang since August.

The program was initiated by Devansh Yadav, the district’s deputy commissioner, after government teachers failed to adequately progress to using technology as Covid-19 pandemic spread.

“Teachers were citing various internet issues. Many of them were not friendly with the technology they had recently learned,” Yadav said.

Yadav then got in touch with the India Foundation for Education Transformation, a nongovernment organization that was already working in a part of the district.

They reached out to their circle of friends to scout for volunteers. Many others responded after advertisements inviting interns were put up on different social media platforms.

“We have doctors, management graduates and even two interns from the U.S. now,” said Sanjoy Chakma, co-founder of the India Foundation for Education Transformation.

Meanwhile, there was another big challenge. Most students did not have smartphones.

Chakma said they slowly convinced many parents to buy phones, which would help their children study.

Those who don’t have phones share the ones of their friends. Some days teachers find three children sharing the same smartphone for their class.

The government teachers have been brought in as collaborators. “They help, for example, if we have to take the test,” Chakma said.

Interns like Sunita say they have a tough task at hand as they discover the students are lagging in studies owing to years of neglect.

“After I started teaching, I found that their basics were not clear,” said Sunita, who teaches kids from grade nine to 12.

There are attendance issues, too. Sunita said on Saturday only three students turned up for her class.

“We have to remain motivated. We don’t have the option of giving up,” she said.