The Invisible Wall That Donald Trump Built to Stop Immigration

While the U.S.-Mexico border wall is unfinished, the president and his administration have followed through on other promises. 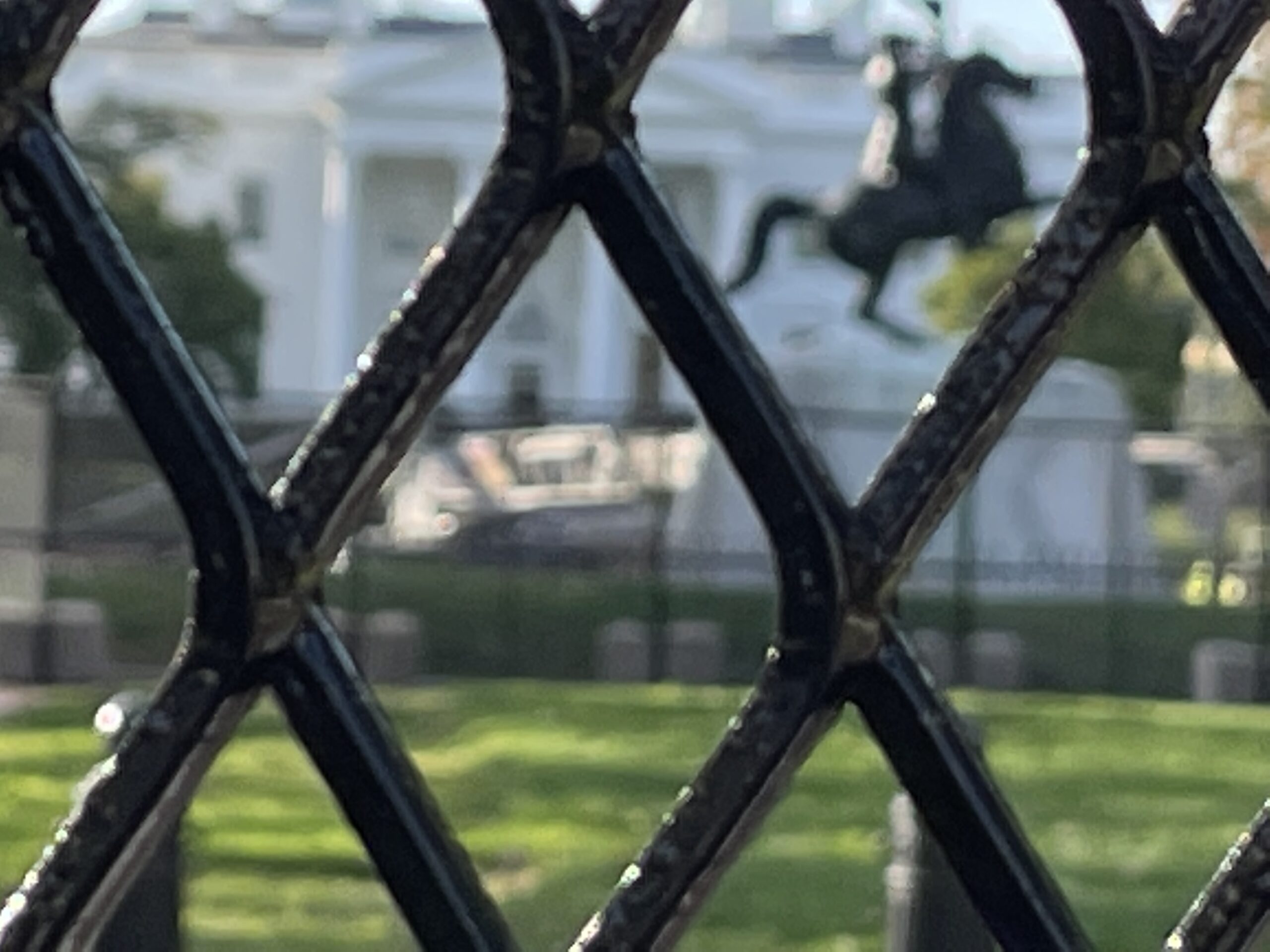 Immigration remains a major platform for the Trump presidency and the Republican Party. (Photo by Claire Swift/Zenger)

MIAMI — Four years into the Trump presidency, immigration remains a major platform for the Republican Party.

One of Donald Trump’s central promises during his presidential campaign in 2016 was the construction of a wall along the southern border of the United States, for which Mexico was going to pay.

As of Election Day, only 371 miles (595.45 km) of the wall have been built or rebuilt, and Mexico has paid nothing for it. However, Trump’s administration has made a legal wall difficult for immigrants to overcome.

More than 400 executive actions intending to reduce immigration and make it more selective have branded the four years of Trump’s presidency. Scandals, court challenges and controversy accompanied many of those actions.

“This president has transformed U.S. immigration in the last four years. This has been the most active administration in history on immigration,” said Sarah Pierce, Policy Analyst for the Migration Policy Institute in Washington, D.C. “It tackles the entire immigration system: the legal immigration system, the southern border security. The enforcement has revitalized; the quick immigration system has radically changed as well, and then many types of humanitarian migration, including the refugee system, have just been obliterated.”

Five days after his inauguration, Trump signed his first two executive orders on immigration. The first one introduced penalties against sanctuary cities, and the other one ordered the construction of the wall and new detention facilities along the Mexican border.

Since then, every month of Trump’s presidency has been a race to deconstruct the United States immigration system.

“We have the worst immigration laws in the entire world,” Trump said in a 2018 speech at the National Space.

“You take a look at the death and destruction caused by people coming to this country without going through a process. We want a merit-based immigration system,” Trump said.

The travel ban, the separation of families at the southern border and the efforts to eliminate DACA are perhaps the policies that have gotten the most attention. Still, many others are as important and consequential as those three.

In his first week as U.S. President, Donald Trump issued the controversial “travel ban,” halting all refugee admissions and barring travelers from seven Muslim-majority countries. More than 700 travelers were detained, and 60,000 visas were revoked. After numerous protests and legal challenges, multiple judges struck down the order. However, after three appeals and modifications, the Supreme Court upheld the “travel ban” in 2018.

The separation of families at the border has left 545 migrant children whose parents can’t be located. The administration has been criticized for the conditions in U.S. Immigration and Customs Enforcement (ICE) detention centers, where immigrants are confined and have been victims of abuse, violations and even unconsented sterilizations, according to attorneys and advocacy groups working on behalf of the detained immigrants.

“If I get arrested tonight for a DUI with a child in the car, I am getting separated. That is a necessary thing to happen when a parent gets prosecuted at the border,” Tom Homan, ex-director of Immigration and Customs Enforcement said.

DACA — Deferred Action for Childhood Arrivals — is Trump’s other big target. The administration has limited renewals and stopped new applications. Trump has attempted to end the temporary protection for 643,000 “Dreamers,” encouraging legislators to approve a permanent solution. Nothing has happened so far. District courts in California, New York and the District of Columbia prevented the administration from ending DACA and blocking its beneficiaries from becoming lawful permanent residents.

The Supreme Court handed Trump another blow in June 2020, allowing DACA to continue, but left the door open for another attempt because it ruled over procedural requirements, meaning that the DHS can fight back in court in the future.

Beyond the noise created by Trump, current statistics on immigration haven’t changed much yet. Deportations –749,000 between 2017 and 2019 – are down slightly from when Barack Obama and George W. Bush were president.

“That is because of the tension between this administration and local jurisdictions. They need cooperation from local law enforcement to achieve the high numbers that we saw during Obama, and they haven’t been able to get that. That is one of the big struggles of this administration,” Pierce said.

The number of naturalizations and permanent residences granted is keeping pace with figures of previous administrations as well. The impact of the new policies is not noticeable yet.

“That is because we have such a big backlog of applications that there are already people in the pipeline, but where we have seen an interesting decrease is in applications, some types of family green card petitions have significantly decreased. Some have decreased more than 40%, and I think we can associate that with this administration and their policies.” Pierce said.

Humanitarian-based immigration has been ostensibly affected by the new policies. “The United States will not be a migrant camp, and will not be a refugee holding facility. You see what happens in Europe and other countries. We cannot allow it in the United States; not under my watch”, Trump said at a meeting with the National Space Council.

Trump’s administration has been effectively reducing humanitarian immigration. The number of refugees went from 84,989 in the last year of Obama’s presidency to 22,405 in 2018. The ceiling of admissions was reduced to 18,000 in 2020, while new regulations have also narrowed the basis to obtain asylum.

Temporary Protection Status has been effectively mined by Trump, too. The Department of Homeland Security has ended the program, which allows people from designated countries affected by natural disasters or political conflict to live and work in the U.S. for a time, for Nicaragua, El Salvador, Haiti and Sudan. Status for people from Honduras and Nepal is in line to be terminated as well. The 9th Circuit U.S. Appeals Court ruled that the department had the right to end the program, which means that 248,000 citizens of those countries – 335,000 adding Honduras and Nepal — should leave the United States 18 months after March 2021, and Salvadorans should leave 18 months after November 2021.

“We still have one more year to negotiate an extension or other kind of agreement that will allow Salvadorans to stay in the U.S. Our new ambassador Milena Mayorga and president (Nayib) Bukele are working with the administration, and I think after the November election we can reach an agreement with the new government,” said Carlos Zaragoza, president of El Salvador Foundation of the USA.

Another significant change is the public charge immigration wealth test. The measure gives officials more power to deny residence to people who have accepted public benefits in the past or could potentially accept it in the future based on low income, age, family, language and other factors.

“This measure gives immigration officers the ability to significantly reshape who is accepted into the United States, obviously favoring high-income applicants,” Pierce said.

Other actions have a significant impact and are difficult to track, such as the requirement to show medical records to obtain a non-immigrant visa to prevent “birth tourism” or empower consular officers to reduce the visa’s duration, among many others.

It is hard for immigration attorneys and advocacy groups to keep track of all the Trump Administration’s actions. Federal courts with conservative judges have also helped the administration overcome its challenges. Federal courts and appeals courts have sided with Trump by overruling injunctions that would prevent the government from limiting federal grants to sanctuary cities.

The administration has also found side roads to limit congressional resistance. After Congress refused to increase funds for enforcement law and the wall, the administration declared a national emergency and appropriated funds from other sources.

With a little help from Covid-19

The pandemic has helped Trump to advance his policies on immigration in the name of public health. Shielded by the health emergency, the president has been able to advance longstanding immigration positions, and it is unlikely that he will reverse those policies.

“The administration has been able to turbocharge their efforts on immigration. The president issued two proclamations that effectively barred certain categories of temporary workers, immigrants and non-immigrants from entering the country and ended the Diversity Visa Lottery. Also, since the start of the pandemic, the CDC issued an order that effectively ended the asylum in the southern border,” Pierce said.

If Trump is re-elected, he might need to work with Congress to gain legislative support for his remaining goals. However, he can trust in a favorable judiciary system to succeed instead.

If Joe Biden is elected president, he will have a complicated task to reverse Trump’s policies, said Pierce.

VIDEO: Feeling Wuff: The Dog Who Trapped His Head Between Boulders For 24 Hours