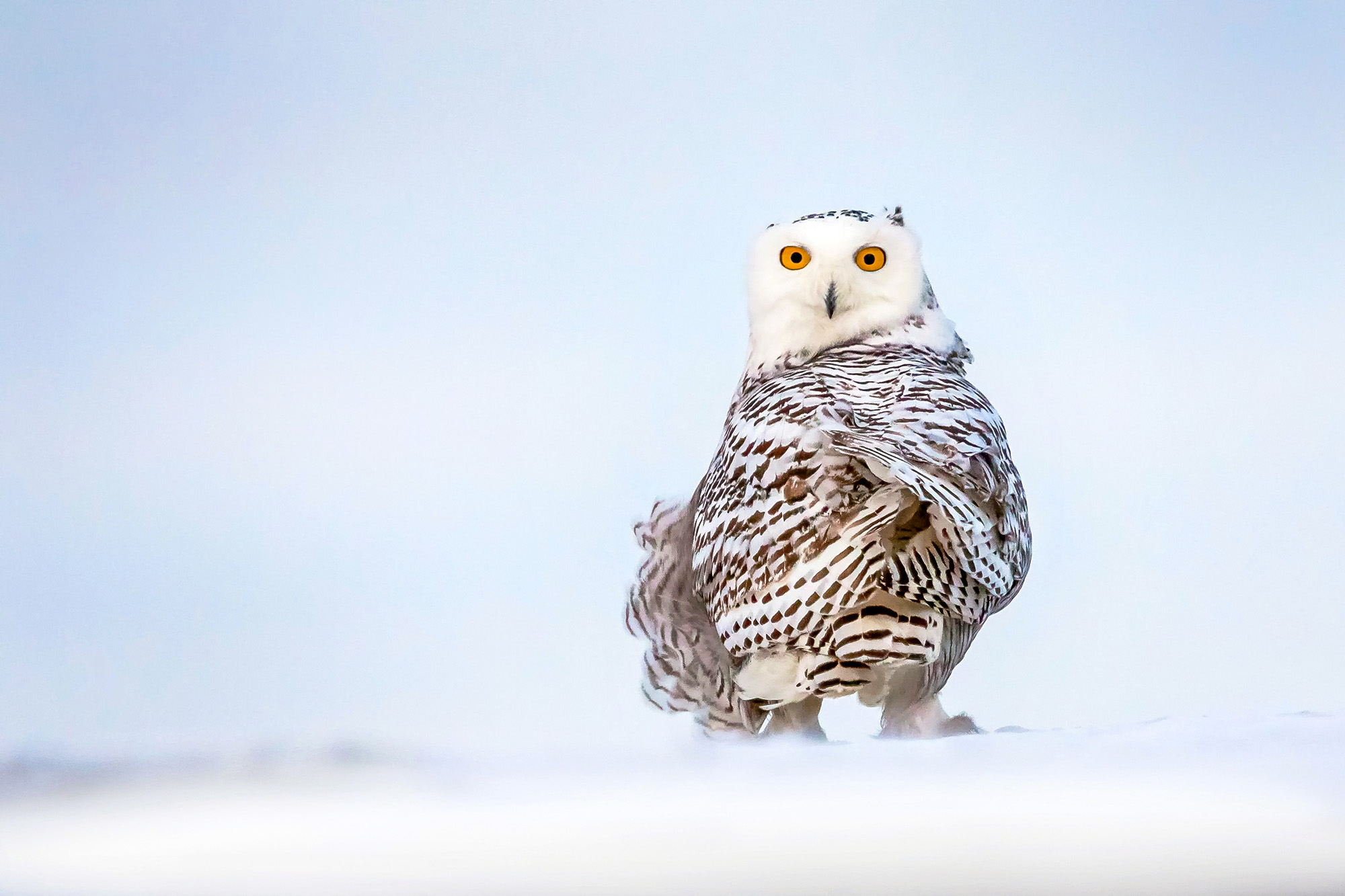 Pol, a former navigator and diver in the French Navy, now travels the world at his own expense to snap photos of wild animals in their natural habitats while both still exist. Among many other locations, he has visited the Arctic and the Antarctic polar regions, including the Kerguelen Islands, a French territory in the southern Indian Ocean near Antarctica.

“The aim of my photographic approach is to awaken consciences so that skeptical and influential people can finally understand that if we don’t change our way of thinking, acting and way of life, our beautiful world will die out far quicker than expected,” he told Zenger News.

Mostly shooting in black and white, Pol tries to bring out the pure and innocent side of the animals and wilderness in his work.

“I hope the viewer feels at ease with my images and understands that what surrounds us is extremely vulnerable and at risk,” he said.

On one of his recent excursions, he captured a fight between two snowy owls in the sky.

“Their turf battle lasted a few hours and I was exhausted traveling in the snow,” he said. “I sat in the snow to catch my breath when one of the owls landed a few meters away from me and instantly looked at me with wide eyes. I captured it in that moment, and it turned out to be a pretty nice photo.”

Other photographs taken by Pol feature animals that live in cold habitats, such as sea lions, penguins, killer whales and a variety of rabbits.

The award-winning photographer sells prints of his work at galleries and other events. He also publishes photography books and sells many of his photos to magazines. Like many small businesses, however, Pol said that he has taken a financial hit during the global coronavirus pandemic, during which France has recorded nearly 1.5 million cases of COVID-19 and more than 37,000 related deaths.

“My trips were postponed, and the events where I planned to sell my latest book and art prints have been canceled,” he said. “In addition, the French galleries where I exhibit and sell my images are closed too.”

Climate change has also been impacting the subjects of Pol’s work. Arctic warming is occurring at twice the pace of the rest of the world. The resulting melting glaciers and thinning ice sheets present survival concerns for animals that call the region home.

The South Pole’s thicker sheets of ice and the large depth of the Indian Ocean have allowed the Antarctic to warm at a slower rate. However, Antarctica’s Larsen B ice shelf rapidly disintegrated in 2002, and scientists have identified a crack developing in Larsen C, the continent’s fourth-largest ice shelf. The loss of such ice sheets could greatly accelerate sea level rises, as West Antarctica alone could potentially raise the level by almost 10 feet worldwide.