Mohun Bagan and East Bengal will renew their rivalry when the 2020-21 season kicks off on Nov. 20. 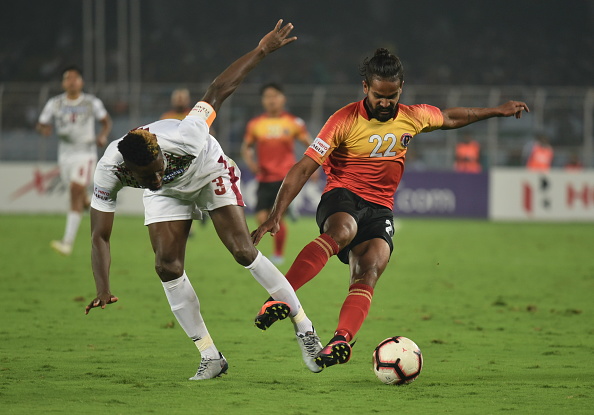 Indian domestic football competitions have been dominated by a rivalry between two teams — East Bengal and Mohun Bagan. The rivalry, however, transcends the boundaries of the football pitch and is a symbol of culture and heritage.

The two teams share a long history, and their matches are considered to be one of the biggest derbies in world football.

On the other hand, East Bengal managed to persuade Shree Cement Foundation to be their major stakeholder and will participate as the Sporting Club East Bengal (SC East Bengal) in the 2020-21 season.

This year’s season will begin on Nov. 20 behind closed doors in Goa. The competition will be held under strict health protocols amid the pandemic.

“The inclusion of both the legacy clubs — East Bengal and Mohun Bagan — opens limitless possibilities for Indian football, especially for talent development in the state. West Bengal has made an immense contribution to the growth of the beautiful game in India. ISL’s growing footprint is another step towards our mission to build a competitive and robust football ecosystem in the country,” Nita Ambani, founder and chairperson of Football and Sports Development Ltd., the parent organization of the league, said in a press statement.

While the entry of the two teams into the league is expected to add more excitement for football fans in Kolkata, it is yet to be seen how they will welcome the new league.

Kolkata, the capital of the eastern state of West Bengal, is considered to be the “football capital” of India, and the two teams have contributed significantly to the love and fanfare toward the sport in the state.

Mohun Bagan, founded in 1889, is one of the oldest football clubs in Asia. Its biggest and most remarkable victory dates to July 29, 1911, when it became the first local club to defeat a European Club. Playing barefoot, they defeated the East Yorkshire Regiment.

The victory is heralded as a key event in India’s fight against the colonizers and the day has been declared “Mohun Bagan Day.”

“It was a battle for freedom by our ancestors. It created a different emotion for the club. All the players who participated in that match were Indians, precisely Bengalis,” said Subrata Bhattacharya, a former Indian football player and former Mohun Bagan coach. “Now, the scenario has changed. These two hereditary clubs depend on foreign players. There are very less homegrown players.”

Bhattacharya refers to July 29 as a historic day because the players were also massively engaged with the freedom movement in Bengal.

“I have played for the Green and Maroons (the colloquial name for Mohun Bagan). Till 1991, the club did not sign any foreign players. With time, the club started to become economically stable and foreigners started coming in,” he said. “The main purpose for luring foreign players, especially from the African countries, was to make the club more successful.”

The rivalry between the two teams began in 1920, when East Bengal was founded by an angry ex-chief executive of Mohun Bagan, who complained of not selecting a star player for a big game.

The first match, now known as  “The Kolkata Derby” or the “Boro Match,” which means “the Big Match” in the Bengali language, took place on May 25, 1925. East Bengal won the first fixture by a goal. Since then, the two teams have faced each other 367 times, where Mohun Bagan won 118 times and East Bengal 129 times.

About 130,000 people attended the derby in 1997, making it the largest-attended sports fixture in India.

“The derby can never be replaced with any other matches or sport. Both the clubs have continued to face each other since the past 100 years. The excitement about the derby, especially among the fans, will never fade away,” said Subhash Bhowmick, a former manager with both East Bengal and Mohun Bagan. “The eagerness and excitement of the match can never be created. It will always come from the core of someone’s heart.”

Bhowmick said the fixture is talked about in Italy, Germany, Spain and other countries where football is considered as the primary sports.

“In India, 80 percent of the fan base belongs to both these clubs,” he said. “There are so many other clubs, such as Bengaluru FC, Kerala Blasters and Mumbai City FC. They have been playing for a while, but have failed to generate such a huge fan base. We can compare the legacies of both the clubs with European giants such as Manchester United and Manchester City (Manchester Derby), Real Madrid and Barcelona (El Classico).”

“The city goes through a madness when these two clubs face other. This insanity among the fans makes the two clubs bigger clubs than any other teams,” said Bhowmick.

A great socio-political history makes the rivalry even more compelling.

Thousands of refugees, mainly Hindus, migrated from then-East Pakistan during the partition and settled in various parts of West Bengal. This created a confluence of myriad communities and cultures in the state.

“When the team would line up inside the tunnel before a derby, the stadium roared and it gave us goosebumps. The cheering from the fans encouraged us to give our best, and there was a different emotion in the players. The atmosphere inside the stadium during a derby was electrifying,” said Mehtab Hossain, a former player for both the clubs

“After El Classico, the Manchester Derby and the Merseyside Derby, the Kolkata Derby is regarded as one of the most tensed matches in the world. In 2010, while I was returning from the US, fans crowded near the airport and talked about the derby,” said Hossain. “No team in Asia will ever experience this kind of love and support. The clubs from the Middle East might have a lot more money than these two clubs, but they will never receive the same kind of love and support.”

He also represented the ISL giants, Kerala Blasters, for three seasons from 2014-2016.