How Corporations Must Learn New Lessons About Race

It took a century for the Sierra Club to have a reckoning about race. The optics, experts say, are key. 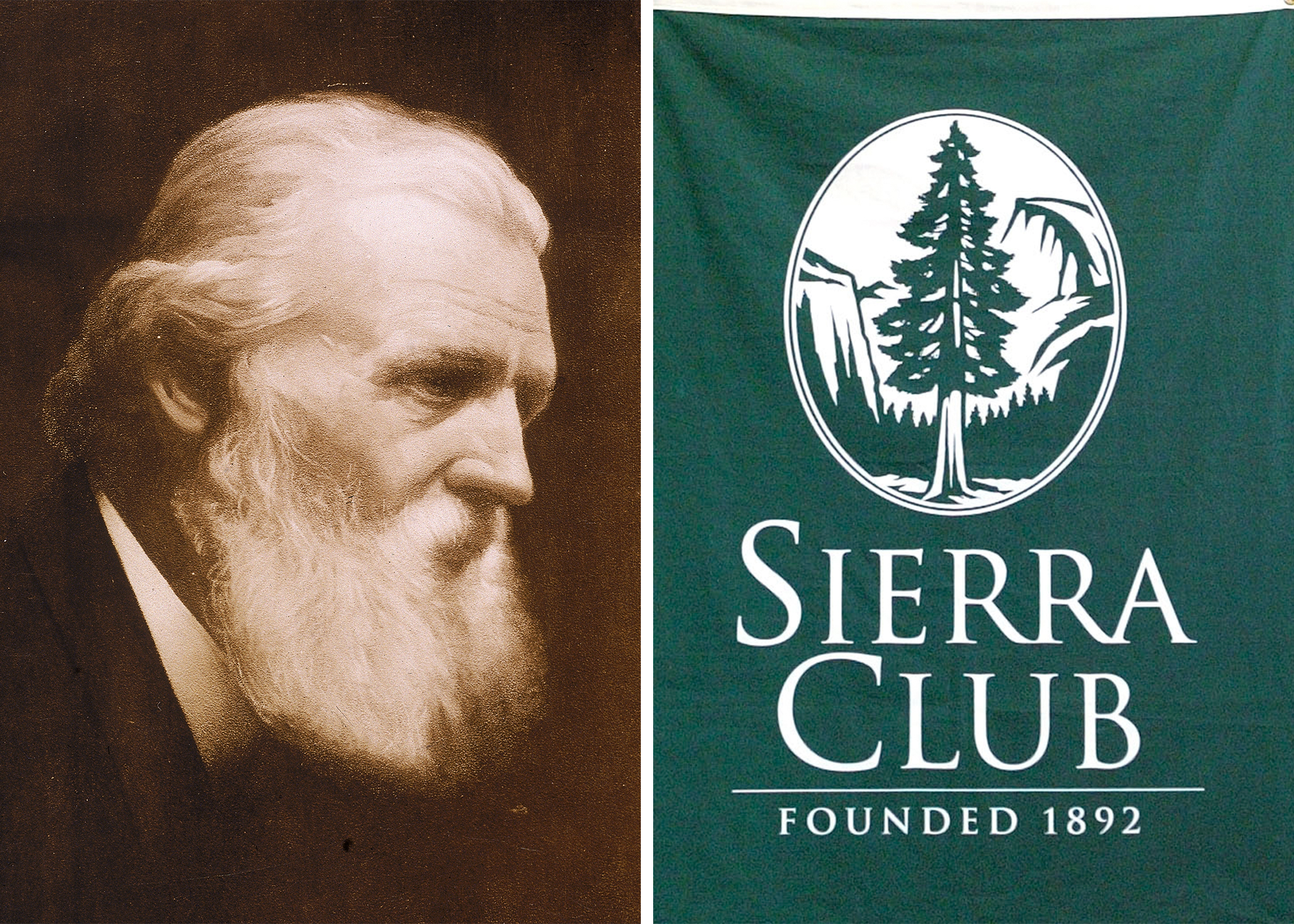 If everyone has a lesson to teach and learn, some nonprofits are in the professorial seat in these crazy days of 2020 and every for-profit business should pay attention.

Some major non-profits have found themselves blindsided by criticism of claimed racism. Yale University faces a Department of Justice lawsuit over discrimination against White and Asian applicants. The Department of Education is investigating a statement by the university president about ongoing racism at the school. And the Sierra Club had to distance itself from its famed founder John Muir for his hundred-year-old history of racist remarks and support for eugenics. 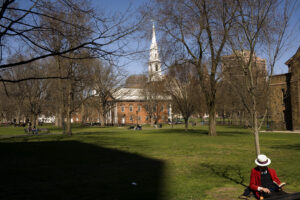 A man reads on the green of Yale University April 16, 2008 in New Haven, Connecticut. (Photo by Christopher Capozziello/Getty Images)

It’s all part of current social dynamics and trends that seem here to stay. Appear to have erred today—or even within living memory—and your organization could pay. Businesses will never acquire herd immunity.

Princeton made the classic error of making an official statement without first evaluating all possible outcomes. In a letter to the school’s community about combating systemic racism, president Christopher Eisgruber wrote about the need for the university to address racism “within our own community” and said that “[r]acism and the damage it does to people of color nevertheless persist at Princeton as in our society.”

Robert King, assistant secretary in the Office of Postsecondary Education at the U.S. Department of Education, saw an opening. “[Y]ou admitted Princeton’s educational program is and for decades has been racist,” King wrote. Depending on the outcome of the investigation, the government could seek to recover part or all of the $75 million in federal funds the university has received since 2013.

King said the Education department believed that “Princeton’s many nondiscrimination and equal opportunity claims to students, parents, and consumers in the market for education certificates may have been false, misleading, and actionable substantial misrepresentations.”

Princeton vented that Washington “appears to believe that grappling honestly with the nation’s history and the current effects of systemic racism runs afoul of existing law”—an analysis that’s as true as the statutes which appear to punish racism, however well-meaning admissions may be.

Laura Maechtlen, a partner at the employment law firm Seyfarth Shaw, says making what lawyers call a “statement against interest” is bound to backfire: Even if there isn’t a government agency ready to enforce regulatory powers, there might be a current or former employee alleging discrimination.

“I think the biggest thing with those kinds of statements is first it presents an optics issue for your current employees and to what extent it might be true,” Maechtlen says. “As a lawyer, I would argue that a general statement like that isn’t necessarily a legally enforceable admission per se, but it creates an optics issue for future litigation.”

“Certain types of statements could cause more attention to be paid to the organization by lawyers who want to file a claim and use it as the basis of a lawsuit.”

The University of Massachusetts—Amherst crafted a more hopeful-sounding statement that walks the line between recognizing racism and calling itself racist: “We are hopeful and encouraged by the work we have been doing to combat racism and will continue to work tirelessly to undo it in our community.”

Facing the long past

The Sierra Club’s internal reckoning was more than a century in the making. John Muir was born before the American Civil War and died just months into World War I, but his repellent views have attracted public condemnation in 2020. In June, a Chicago-based press secretary for the organization wrote about racism in the history of parks and public lands, and put Muir’s racist views firmly on the front-burner.

Executive director Michael Brune wrote in a July blog post called “Pulling Down Our Monuments” about the steps the Sierra Club would take to address racism. Those would include “redesigning our leadership structure so that Black, Indigenous, and other leaders of color at the Sierra Club make up the majority of the team making top-level organizational decisions.”

The Sierra Club said this month that it was shifting $5 million into “long-overdue investments in our staff of color and our environmental and racial justice work.”

Any business might well remember William Faulkner’s advice that “the past is never dead. It’s not even past.”

“I’d say that if the bad behavior occurred during the last 40 or 50 years, you have a problem and you need to address it,” says Shel Horowitz, a green and ethical marketing expert.

A critical spotlight can hit like tsunami. “Sometimes these things can get a lot of traction very quickly,” Horowitz says, reflecting on how the MeToo movement was around for years before “it got kicked up many notches very suddenly.” Corporations scrambled to catch up and signal their brands’ virtues. Some found their footing more quickly than others.

“The standards are all over the place,” he says. “I think some of it is about expectations and audience. If we were to find out that Ben Cohen of Ben & Jerry’s, which has built its reputation on strong ethics and social conscience, had done something awful, it could kill the company—in part because of values-based progressive consumers.”

Any price levied today on the creators of Cherry Garcia and Chunky Monkey would be paid by Unilever, which bought the quirky ice cream manufacturer 20 years ago for a reported $326 million.

Typical C-suite pushes for “diversity” and “inclusion” don’t seem to have worked.

For Yale, the answer to previous discrimination was helping some groups with admissions and not others. Now it faces a federal lawsuit alleging that the university, no matter its intentions, illegally made choices based on race while taking tens of millions of dollars from a program that forbids it.

Within a non-discrimination framework based on Title VII, “you can’t prefer one group of employees over another,” Maechtlen said. “You can’t use race as the factor [in decision making]. It’s neutral. That includes people in the majority who can’t be discriminated against by race.”

Yale president Peter Salovey wrote in a statement that the New Haven, Connecticut school “does not discriminate against applicants of any race or ethnicity. Our admissions practices are completely fair and lawful. Yale’s admissions policies will not change as a result of the filing of this baseless lawsuit.”

The Supreme Court has upheld using race as one factor in university affirmative action admissions, but a court with a solid conservative majority might agree to restrictions or could even overturn previous decisions.

A stumbling block faced by non-profits and businesses alike is the lack of effective solutions to deal with longstanding prejudice. The answers for organizations have typically been diversity and inclusion, or D&I, programs. But such programs often fail, according to Paul Harper, a clinical assistant professor of business administration in the Joseph M. Katz Graduate School of Business at the University of Pittsburgh.

That will require real investment from the private sector and not “being told to buy a table at the banquet for the NAACP every year,” as Harper put it. “Nobody has created a bunch of knowledge about how to create racial justice in a corporation.”

With the Black Lives Matter movement and a global pandemic reshuffling social norms, companies have time to get a new footing.

“This is where our leaders are going to emerge,” said Harper. “Those who come out of this will be those who took race seriously. Those firms that do the standard playbook are going to come out weaker.”