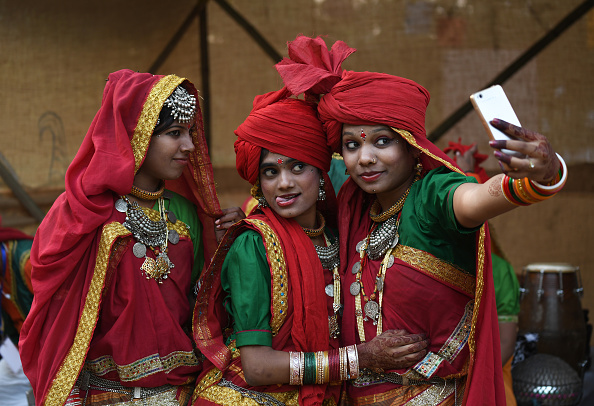 Driven by an aggressive online channel strategy and anti-China sentiments in the country, South Korean-made Samsung, for the first time in two years, surpassed China’s Xiaomi to become the leading smartphone market shareholder.

“Samsung Mobile is benefiting a lot from the U.S. stranglehold on Huawei and some of the anti-China sentiments in the world’s second-largest India mobile phone market during the quarter,” said Neil Shah, vice-president of research at Counterpoint.

“This is well supported by its world’s largest channels reach for any mobile phone vendor, and a broader portfolio of mobile devices, ranging from a Samsung Guru Music 2 feature phone, to sub-$80 Galaxy Core M01, to the flagships Samsung Galaxy S20 and Note 20 series, to the very innovative line of foldable phones the Galaxy Fold series.”

However, research firm Canalys in its India smartphone market Q3 2020 report said that Xiaomi remained the market leader with a 26.1 percent market share, followed by Samsung at 20.4 percent.

The third quarter also saw a gradual recovery of the market, with pent-up demand and festive season sales leading to over 53 million shipments, an all-time high in a single quarter.

“The market has shown a consistent growth for the last few months,” said Prachir Singh, senior research analyst at Counterpoint.

“It saw strong demand during the Independence Day period in August as major online platforms hosted massive sales. September has always been a high sell-in month as brands prepare for the upcoming festive season and push stock in the channels.”

“The second quarter sales were extremely poor and brands wanted to make up for this deficit. Also, seeing the uncertainty between India and China, they ensured not to miss out on the anticipated volume of sales during the festive season.

Another reason for “the distress procurements,” Kawoosa said, could be the fear of a second Covid-19 wave in winters that would result in poor sales, as seen in the previous quarters.

“The pandemic has encouraged Indian consumers to opt for hybrid marketing, and we expect to see record-high sales of smartphones through hybrid marketing in the fourth quarter. Smartphone brands are trying to reach consumers, in every possible way they can.”

This year’s festive season also saw Apple launching its online store on Sep 23. Along with a full range of Apple products, the e-store aims at increased customer engagement through troubleshooting, finance schemes, and buyback options.

Samsung launched 12 new smartphones for the Indian market. To boost the distribution of smartphones in the country, the South Korean tech giant introduced new platforms like Samsung Finance+ and partnered with Facebook and Benow, the company said in an email statement.

TechARC’s Smartphone Brand Quality Index report, released on Oct 29, revealed that brands with a community-driven approach scored higher on holistic quality, which has a direct bearing on repurchases and recommendations to friends and family.

Derived from a combination of the brand’s product quality and engagement quality and surveys of 5,000 smartphone users across the country, the brand quality score was found to be highest for Realme at 69.7, followed by OnePlus (67.6), Apple (67.6), Samsung (67.5) and Xiaomi (66).

The global smartphone market also picked up in the third quarter, with shipments declining just 1.3 percent year over year, according to preliminary data from International Data Corp.’s (IDC) Worldwide Quarterly Mobile Phone Tracker. Largely attributed to the reopening of economies around the globe because of relaxation in requirements during the pandemic, market results were stronger than IDC’s previous forecast of a 9 percent year-over-year decline.

Samsung reclaimed the top spot in the global smartphone market at 22.7 percent, while Huawei slipped to number two with 22 percent. For the first time, Apple dropped to fourth place (11.8), with Xiaomi replacing it at 13.1 percent.

“A near 50 percent jump in sales of smartphones including new flagship products, coupled with improved cost management, lifted earnings at the Mobile Communications Business from the previous quarter,” Samsung said in its Q3 2020 result announcement for Samsung Electronics.

An important trend on the road to market recovery is a faster than expected rebound in some key emerging markets, IDC said in a press release.

India, which is the second-largest market globally, witnessed very strong volumes during the quarter despite further concerns around the pandemic. While larger markets like China, Western Europe, and North America all witnessed the largest declines in the third quarter, partly due to the month delay in the iPhone 12 launch, other emerging markets, such as Brazil, Indonesia, and Russia, which rank fourth, fifth, and sixth in the world, also recorded strong growth.