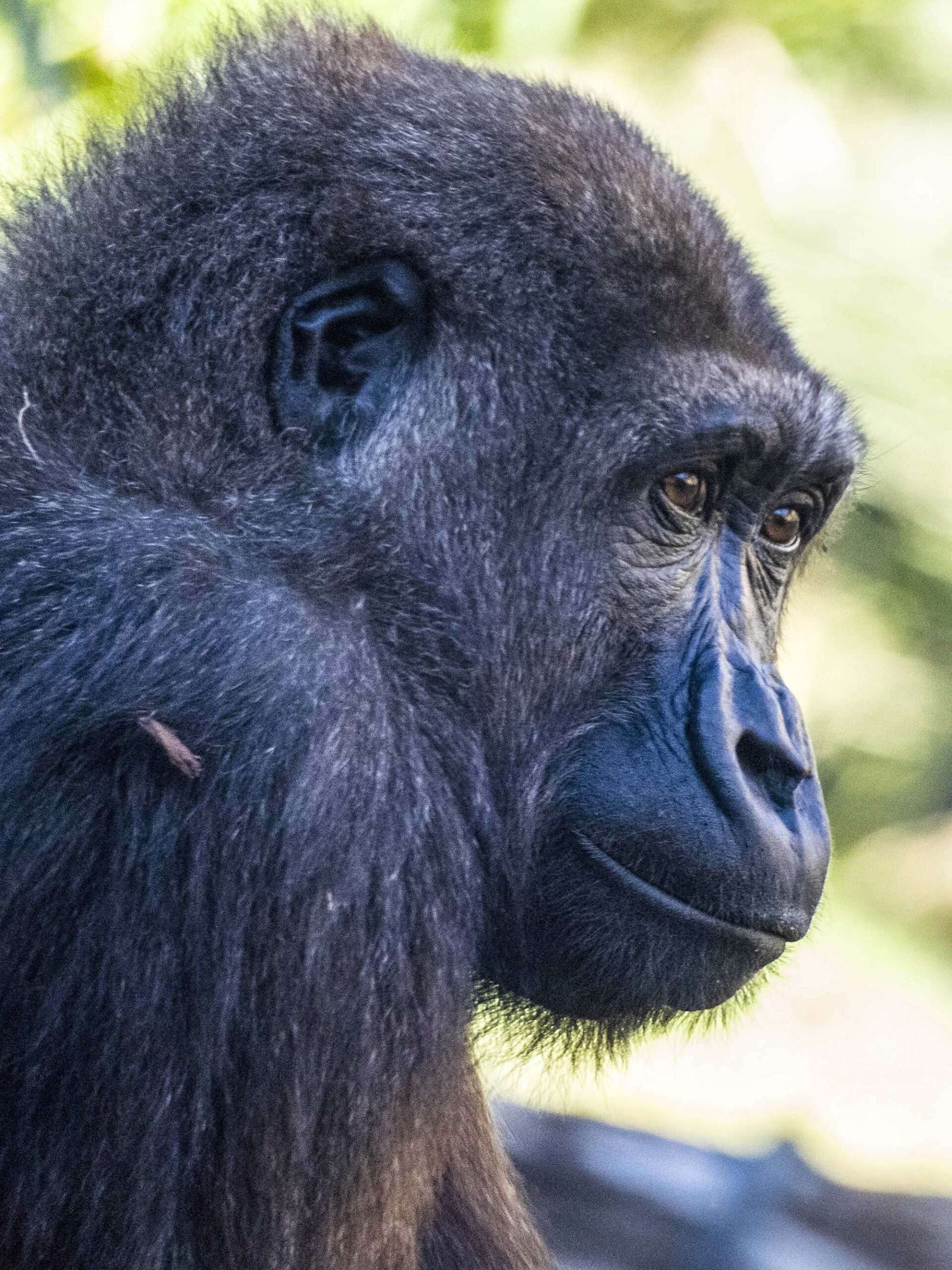 Ebo, the first gorilla born in BioParc Zoo in the Spanish autonomous community of Valencia on its eighth birthday. (Bioparc/Clipzilla)

VALENCIA, Spain—These gorillas are not only safe from hunters, but they have also been given a home in a green project that aims to recreate their natural homeland.

It’s all part of the BioParc experience in Valencia, located on the touristic eastern coast of Spain.

BioParc works in tandem with a project fighting to help a group of wild gorillas survive in Cameroon, where they live in a virgin forest. The two organizations had a double celebration this week.

Ebo, the first baby gorilla to be born at BioParc, turned eight on Oct. 26, while campaigners in Cameroon successfully fought off plans to develop their forest jungle.

The gorillas in Spain are part of the breeding group consisting of the male Mambie and three females: Ali, Nalani, and Fossey. Their offspring include Ebo, 4-year-old Virunga, Pepe, who is almost three, and little Felix, who is a year and a half.

The name Ebo comes from the Cameroonian forest where the BioParc Foundation collaborates through the Ebo Forest Research Project, a BioParc rep said.

The virgin forest was discovered in 2002 and is home to different endangered animals, including a group of gorillas at serious risk of disappearing. During the pandemic, this biodiversity-rich area was on the verge of perishing, threatened with becoming a logging concession.

Those responsible for the Ebo Forest Research Project decided to share the forest preservation victory with the young gorilla’s eighth birthday.

“Happy birthday to Ebo!” they said. “We wish you all the best and hope you are doing well in these extremely challenging times.”

The BioParc team added this triumph should encourage the fight for the protection of nature globally. The International Union for Conservation of Nature’s (IUCN) Red List now includes 96,951 species, of which 26,840 are threatened with extinction.

Gorillas are one of the species with the greatest threat of extinction. The IUCN lists the Cross River Gorilla and Mountain Gorilla as critically endangered. Various efforts — education, combating disease, protection efforts and ecotourism — will help save the gorilla population.