A third of Americans have had a package stolen.
By Daniel Ford November 2, 2020
Facebook
Twitter
Linkedin
Email 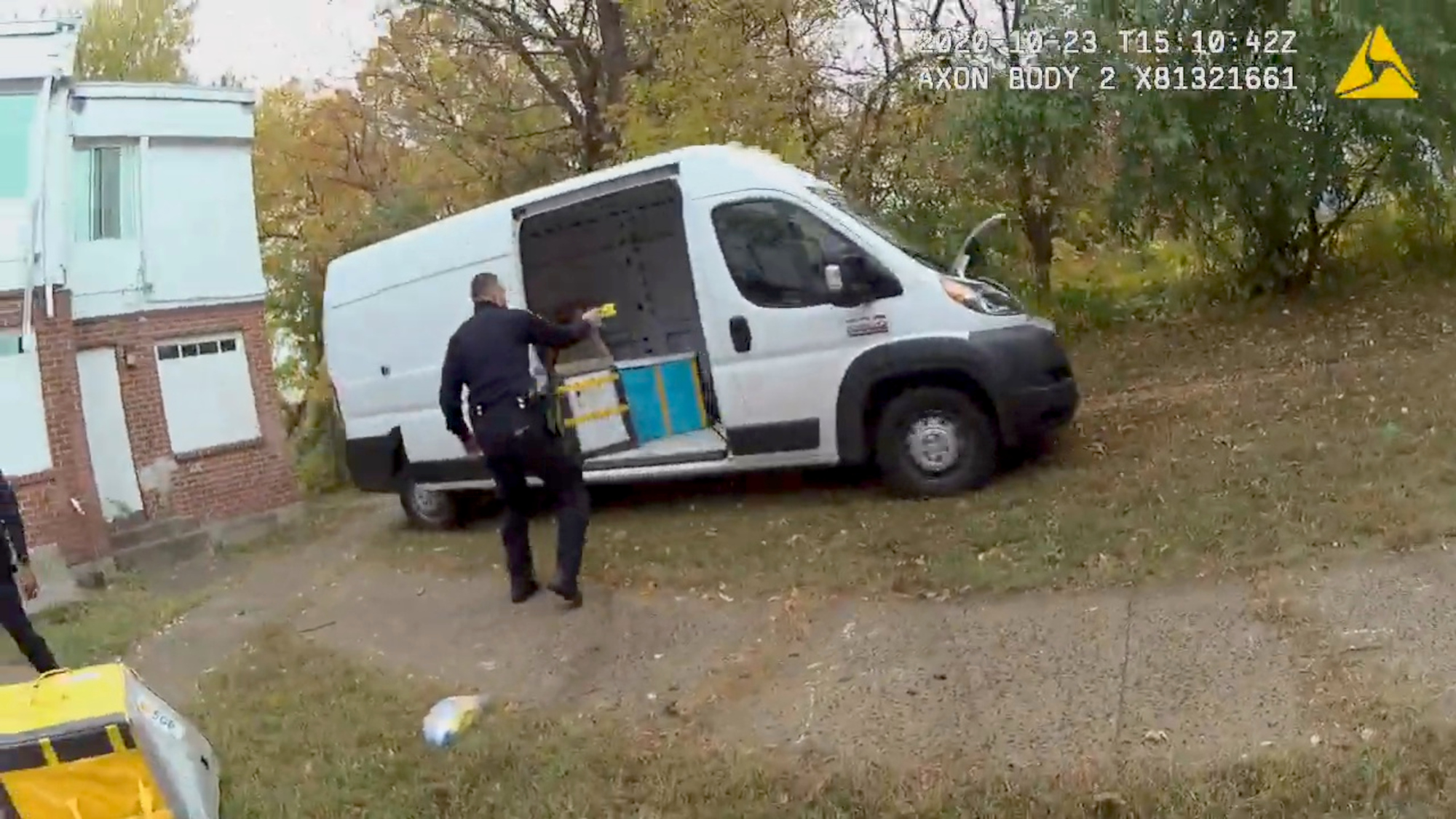 Police officer points taser at the suspect, while partner succeeds in escaping with the stolen van. (Hartford Police/Newsflash)

HARTFORD, Connecticut—Two thieves were filmed unloading boxes from an Amazon delivery van before one drove off and crashed through a gate to escape.

Officers from the Hartford Police Department in Connecticut responded to the Oct. 23 incident after receiving a report about an Amazon van containing packages that was stolen when the driver stepped away and left the keys inside.

Police were able to track down the stolen vehicle to the backside of a series of buildings on Westland Street by reviewing CCTV footage that shows two men removing boxes from the back of the van. In video taken by police body cameras, officers approach the vehicle while one of the suspects stands behind it.

The thieves were ordered not to move, and the man outside of the van, George Marshall, was arrested. His accomplice, however, remained in the van and drove it through a wrought iron fence and disappeared from view.

Officers later found the van again after it crashed into a parked car a few blocks away, but they were unable to locate the driver. As the investigation continues, police are still looking for the suspect at-large. Marshall, 55, however, has been charged with third-degree larceny and conspiracy to commit third-degree larceny.

Amazon representatives were sent to the scene to collect the remaining packages and counted a total of 64 missing parcels.

“LOCK YOUR CARS, TAKE YOUR FOBS goes for everyone. Even #amazon delivery drivers,” the police department said on Twitter following the incident.

Package theft in the United States is at an all-time high, as around 1.7 million parcels are stolen or lost on a daily basis. Amazon Prime members have reported receiving around 51 packages per year, but one-third of Americans have experienced having at least one package stolen.

Amazon, which has seen an increase in sales during the coronavirus pandemic, is combating the problem by installing secure locker locations in 900 cities nationwide. The company also offers Amazon Key, which allows customers to give delivery drivers remote access to their homes, garages or car trunks.

More traditional services, such as UPS, USPS and FedEx, give people the opportunity to pick up their packages from storefronts. Some customers have also resorted to using video doorbells that record “porch pirates” looking for packages.