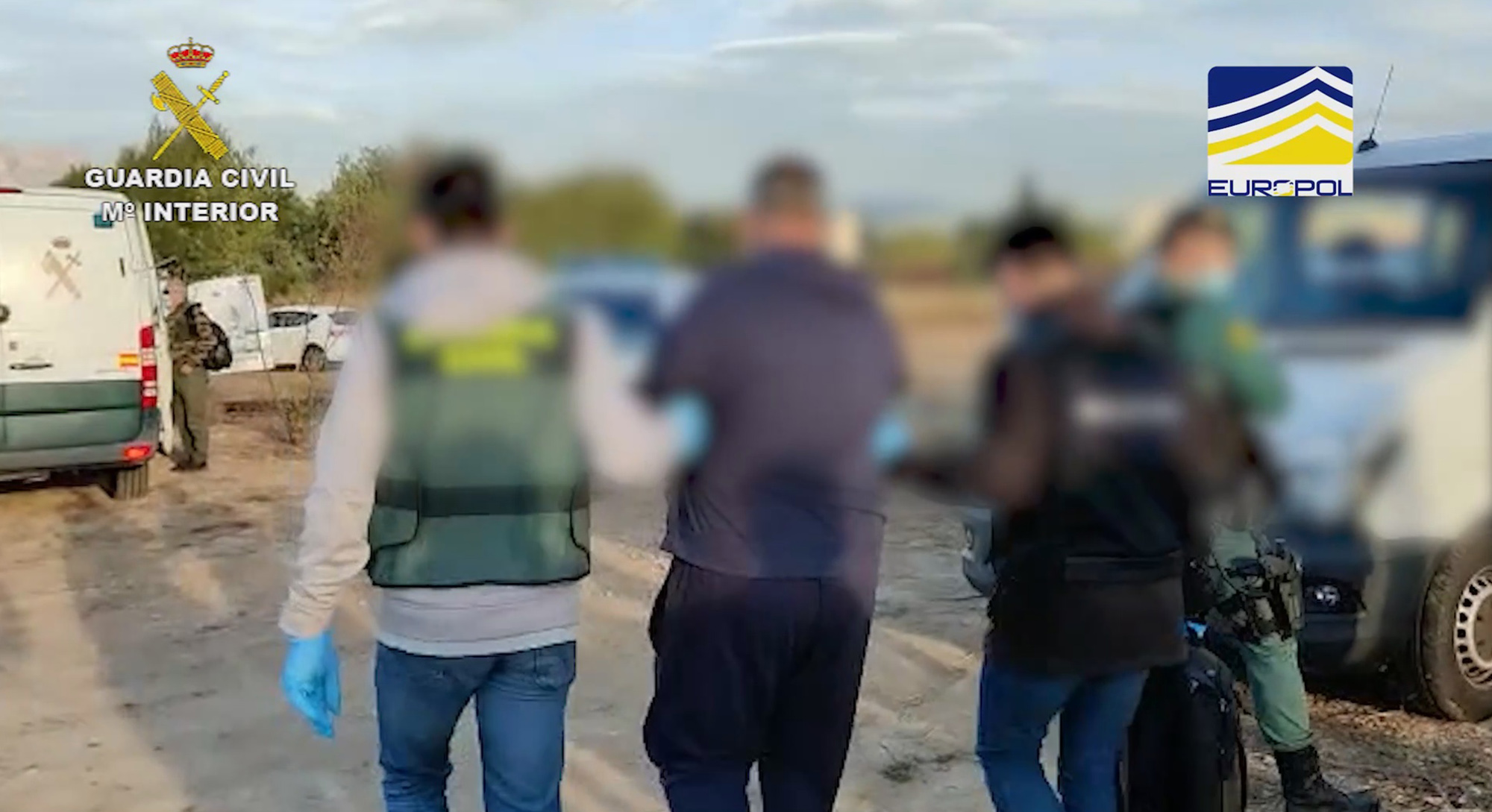 One of the two suspects arrested by the Spanish Civil Guard in the municipality of Altea in the Spanish province of Alicante. (Real Press)

ATEAL, Spain—Spanish police have arrested a man suspected of radicalizing and recruiting members for the Islamic State terrorist group.

Another man, whom the police believe to be an already-radicalized Islamist, was detained but released during the operation, police said in a statement obtained by Zenger News.

The suspected recruiter, who has not been named, was arrested Oct. 20 by the Spanish Civil Guard in coordination with EUROPOL at a residence in Ateal, a town on the Spanish Mediterranean coast.

The recruitment suspect is of Moroccan origin, staying in Spain under what authorities would only describe as an “irregular” situation.

But the man did profess to being a member of the Islamic State, which is also known in some countries by its Arabic acronym, Daeshi.

The suspect took ongoing security measures to avoid being detected by authorities.  While searching for potential recruits, he would direct them to private messaging apps “with the aim of furthering the process of radicalization,” authorities say.

The man disseminated violent messages by ISIS along with claims the coronavirus pandemic is a punishment against the West, authorities added.

The alleged recruiter is in preventive custody while his case is being investigated by the National Hearing Prosecution’s Central Court of Investigation.

The second person detained by authorities is thought to have been radicalized by the first. However, he was released by authorities after questioning. No further information is available on him.

The police statement said that authorities consider the threat of domestic terrorism carried out by radicalized individuals to be “currently one of the greatest threats facing Western countries.”

Since 2015, the Spanish Ministry of Interior has kept the country on Antiterrorist Alert Level 4, just one level below the top alert, which places the southern European country at a high risk of a terrorist attack.

In recent months, the Spanish Civil Guard has intensified its anti-terrorism efforts, due to the pandemic. Authorities say ISIS and other renegade groups might take advantage of the health crisis to wreak further havoc, police said.

A few days earlier, on Oct. 16, two recruiters were arrested by Spanish National Police in Melilla and Mogán. The suspects were trying to recruit women to al-Qaeda ideology.